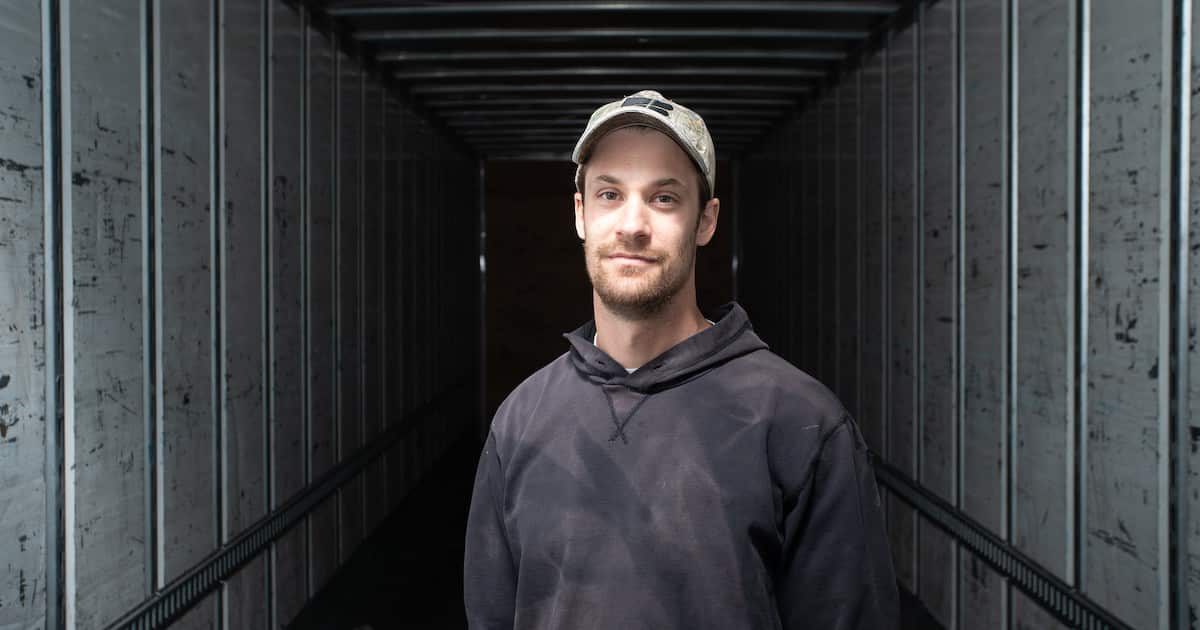 The Rise of Plant-Based Milk

Dairy has long been regarded as an essential part of a healthy and balanced diet in Western countries, and dairy consumption is increasing around the world. Though 82.7 percent of global milk production comes from cows, other animals are also farmed for this purpose. Buffalo produce 13.3 percent, goats 2.3 percent, sheep 1.3 percent, and camels 0.4 percent of the remaining dairy worldwide. Both the people and the animals involved in the production of dairy make sacrifices in order to meet rising global demand. Dairy farmers work long hours in dangerous conditions, while animals are constantly impregnated and then separated from their young.

What Is a Dairy Farmer?

A dairy farmer is a person who works on a dairy farm, taking care of cows who produce milk that can be turned into consumable dairy products.

Historically, dairy farms were family-run operations on which a family unit would perform all the day-to-day duties of the farm—such as milking, feeding, and breeding the animals. Dairy farms in the United States are still predominantly family-owned and operated, but 60 percent of the 64,155 farms have fewer than 25 cows, meaning that the majority of dairy cows in the U.S. currently live on much larger farms owned and operated by large corporations. In less industrialized countries it is not uncommon for farmers to keep herds as small as one or two animals. The average size of a dairy in Rwanda, for example, is seven animals.

Since the 1970s, family-owned dairy farms have been run out of business by larger corporate enterprises that own thousands of cows. Between 1970 and 2018, the number of dairy farms in the U.S. dropped an astonishing 93 percent, though overall milk production consistently trended upward. This process was expedited during 2020 and into 2021, due to the COVID-19 pandemic that swept across the globe negatively impacting the market price of milk. Despite having a smaller number of farms, these corporations are able to produce more milk than their family-run counterparts because of the large number of cattle that they own and control.

What Does a Dairy Farmer Do?

Due to the increasing size of dairy farms, several specialized roles have emerged. Though structures and individual roles vary from farm to farm, below is a short list of a few different positions.

A farm assistant is generally someone with limited experience that is seeking to move into another role. They assist with a variety of tasks including milking, feeding, and handling the animals, and learning how to operate the technology and machinery on the farm.

The herd manager should be competent at milking as well as feeding. They are often also able to diagnose and treat common ailments without needing to consult with a veterinarian. Though this can contribute to better welfare at a lower cost to the farm, it also means that farmers often have access to medications that they can use without the express knowledge or consent of a veterinarian. Overuse of antibiotics contributes to antibiotic resistance. The manager is also involved in the training of new employees and ensuring that the farm’s resources are used appropriately. They have a large hand in working toward the farm’s production goals and keeping it economically viable.

The farm manager ensures that the farm is meeting environmental regulations. Often the environmental regulations these farms must abide by are in fact incapable of protecting the communities around them from the negative impacts of living near a CAFO. While proficient in the day-to-day working of the farm, including milking and equipment use, the farm manager plays a larger role in the financial and business side of the farm, helping to craft the budget and ensure the farm stays profitable.

Obtaining a position on a dairy farm often does not require prior experience or education, depending on the position being pursued. Despite this, there has been a recent trend in farmers obtaining two- or four-year degrees in dairy management, animal science, or a related field. There are several skills necessary to dairy farmers, whether obtained through education or training on the job.

Because of selective breeding, a cow in the U.S. now produces on average 23,777 pounds of milk a year. Cows are generally first bred at around a year old, and then every year thereafter. The risk of death for the cow increases with every pregnancy, due to the toll of constant pregnancy and milk overproduction on the body. Cows are generally slaughtered to be used for ground beef by the age of five or six, though their natural lifespan is about 20 years.

Another important skill for a dairy farmer is calf care. Because dairy cows do not naturally produce milk all year round, they are bred every year to stimulate milk production. This results in the birth of a calf which is removed from the mother within hours and placed in an isolation pen. If left to follow their own rhythms, cattle generally wean themselves at around a year old.

Many of the female calves will be raised to replace their mothers when the older cows are no longer able to produce enough milk or are no longer healthy enough to be profitable. The male calves, and the female calves that are not selected for milk production, can experience one of several outcomes. They can be slaughtered immediately to avoid the cost of having to provide care for any length of time, or they can be sold for veal in one of four categories:

Working on a dairy farm is not easy, partly because of the work environment, but there are also other factors that influence the job.

Dairy farm employees in the U.S. are overwhelmingly Hispanic immigrants. In 2014, it was estimated that Hispanic immigrants made up 92 percent of dairy workers in Vermont, 94 percent in California, and up to 90 percent in Colorado. Immigrant workers on dairy farms generally have low levels of education, with only 15 percent having a high school diploma. Hispanic immigrants who have had limited education are more likely to accept positions with high levels of injury and illness. These workers often experience language barriers between themselves and management, contributing to challenges associated with conveying safety information.

There are a number of hazards on dairy farms. The cows themselves can weigh up to 2,000 pounds, depending on several factors including age and breed. With only 39 percent of immigrant dairy farm workers having prior experience in agriculture before immigrating, cows can be a very dangerous introduction to animal handling. Other hazards include manure storage, large electrical equipment, and noise.

Dairy farmers work long hours. Many, especially those on family-run farms, work 365 days a year, as the cows need care every day. Days start early in the morning—sometimes as early as 3 a.m.—and end late in the evening.

The amount of money made by a dairy farmer varies. The recent COVID-19 pandemic caused many family-owned farms to close, due to the low price of milk and other challenges. For employees, benefits and salary are increased by union membership and working at a large, corporate dairy farm.

What Is the Average Salary for a Dairy Farmer?

According to ZipRecruiter, the U.S. national average salary for a dairy farm owner is between $40,000 and $50,000, although this varies depending on the size of the farm. Dairy farming can be an extremely lucrative business. U.S. dairy farms, on average, bring in $243,300 in average net farm income, second only to hog farms in terms of the animal farming industries with the most annual cash flow. Rural farms—many of which are family-owned—generate significantly less money, averaging just over $30,000 of income every year.

What Is a Day in the Life of a Dairy Farmer Like?

The dairy industry necessitates the suffering of millions of animals every year. The industry thrives on great injustices to the animals, but often also to the workers within the industry. Furthermore, 65 percent of people post-infancy experience a reduced ability to digest lactose. Thankfully dairy alternatives made out of plants such as soy, oats, and even bananas are becoming more widely accessible.