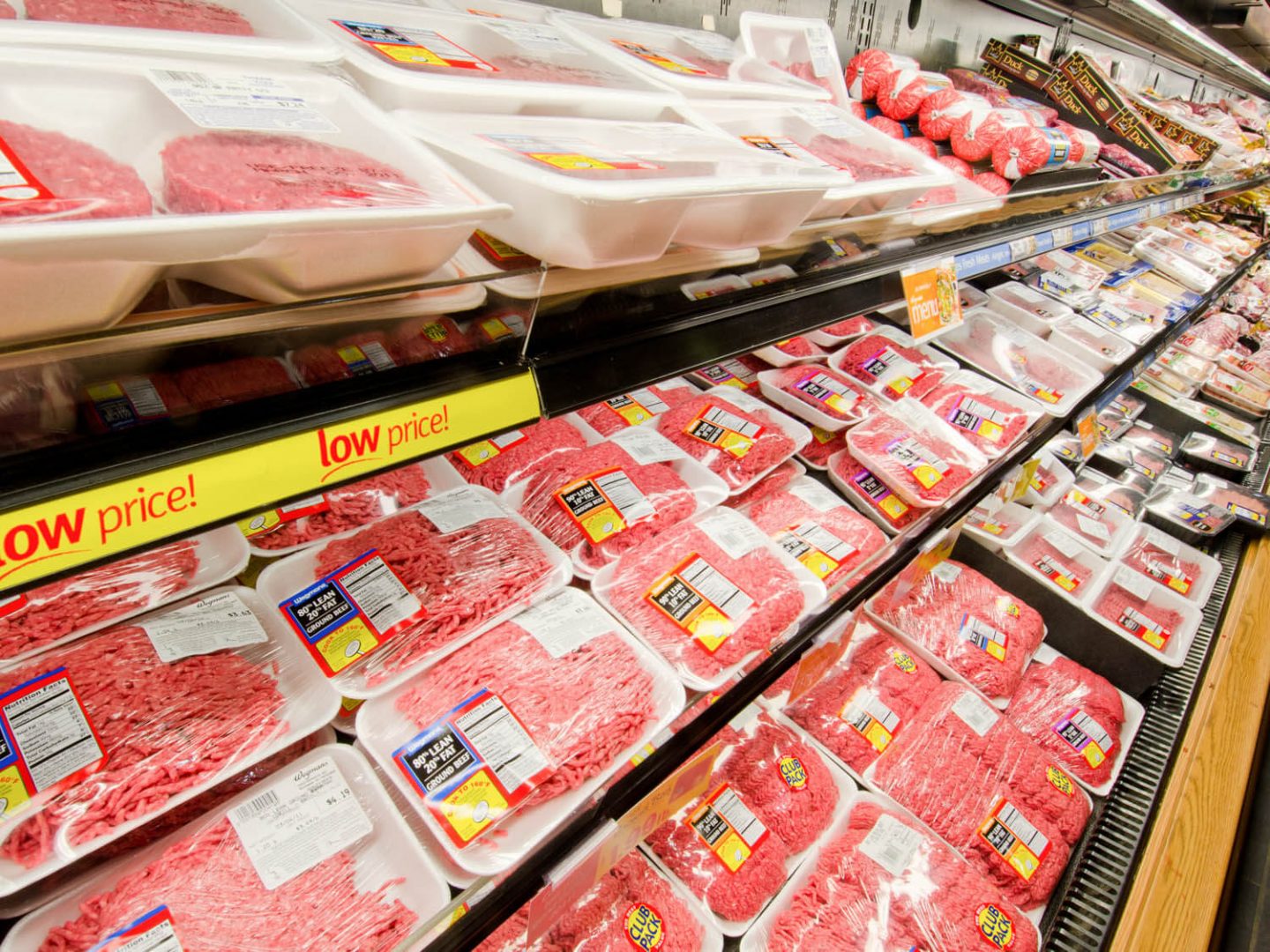 Pit Bulls Are Not Monsters

E. coli contamination in beef has rendered 156 people ill across 10 states in the last two days, making it one of the largest outbreaks in recent history. The Centers for Disease Control has yet to discover the source of the tainted beef, underlining how safety inspections frequently fail to properly ensure the food safety of meat products.

E.coli, a bacteria that can cause bloody bowel movements, kidney failure, and death, frequently affects our food supply through ground beef and dairy products made from raw milk. Voluntary recalls often come far too late for victims hospitalized by outbreaks, and it can take three or four days for people to realize their symptoms are from beef products contaminated with fecal matter from animals.

This is not the only E.coli outbreak to make recent headlines. The largest multi-state outbreak of E. coli in the last 12 years affected romaine lettuce. It is with little irony that the lettuce was contaminated by feces runoff from factory farms, which face little no credibility for the externality their operations create.

So what is being done to address these outbreaks? For starters, the USDA’s Food Safety Inspection Service (FSIS) is moving to allow many meat processing facilities to “self-regulate,” cutting federal inspectors by 40 percent at hog operations for example.

Whistleblowers have long-reported that these efforts to reduce safety inspections are the result of industry lobbying to increase profits. Inspectors have reported that pilot programs that have reduced inspections have resulted in line speeds to kill and process animals “so fast it is impossible to see anything on the carcass.”

Another whistleblower inspector was reported to have said:

I can say without a doubt that this plant is not meeting and certainly is not exceeding [USDA] standards. The only way this plant could possibly be meeting these standards is by manipulating employees, USDA inspectors, and their own records and processes. I have personally witnessed all three.

This legalized corruption should come as no surprise to watchdogs of the USDA, a department whose founding purpose was to promote the interests of U.S. meat producers, not just consumer safety.

And beef is by no means the only meat posing substantial dangers to American consumers. Chicken producers have shown time and again that they care more about high quarterly profits than their consumers’ health and safety.

According to the Centers for Disease Control, at least eight people were hospitalized and one person died from a salmonella outbreak linked to chicken products last December. Chicken, after all, is responsible for more foodborne illness than any other product. And McDonald’s suppliers like the multinational corporation Keystone, now merging with Tyson, are already held to incredibly lax standards since U.S. meat inspection authorities legally allow up to 15.4 percent of chicken parts exported from a slaughterhouse to have salmonella.

If that weren’t enough, much of the salmonella found on chicken in the last five years has been antibiotic resistant. Groups like the World Health Organization are urging fast food restaurants to reduce their antibiotic use to curb the spread of superbug infections, which are responsible for more deaths than homicide every year – nearly 23,000 Americans annually. McDonald’s, the largest fast-food company, has only just started phasing out some antibiotics in 2018.

Perdue Foods, another major chicken producers, was also forced to recall nearly 68,244 pounds of chicken nuggets. The FSIS even classified the recall as a Class I, which indicates  “a reasonable probability that the use of the product will cause serious, adverse health consequences or death.”

The 20 people hospitalized from this most recent E. coli outbreak, as well as the countless other victims of foodborne diseases, should be outraged that our government puts the profits of meat producers over their well-being. While a class-action lawsuit against the USDA represents one option, it is time that we call on high-profile media pundits like John Oliver and Trevor Noah to bring attention to this critical issue.

If you are tired of the constant recalls, and the laughable enforcement of meat safety standards, consider contacting your state and federal lawmakers to demand change, asking them to substantially increase meat inspection regulations and fight the USDA’s “self-regulation” efforts. Clearly, American consumers have serious beef with the USDA. And it’s time we made our voices heard.