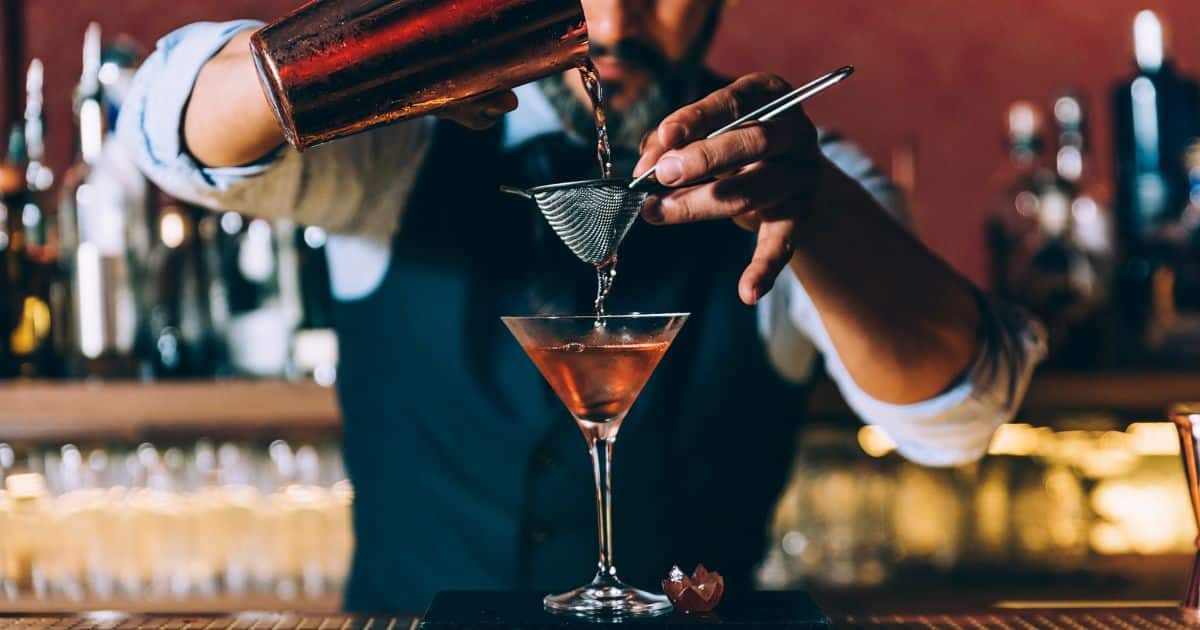 Americans like their booze. In 2018, U.S. consumers guzzled “6.3 billion gallons of beer, 900 million gallons of wine, and 570 million gallons of spirits,” according to a study cited in Vine Pair. Alcohol and alcoholic beverages make up two-thirds of all beverage sales, totaling around $200 billion each year. Yet despite spending billions on the stuff, most Americans have no idea what goes into the liquor they buy. Many of the leading beers, wines and other alcoholic beverages on the market are not vegan, for instance, and determining which drinks are animal-free is no simple endeavor.

Can Vegans Drink Any Alcohol?

Veganism is based on the philosophy of reducing one’s harm to animals, primarily by avoiding consumption of animals and animal-derived products.

Yet some non-vegan beverages are difficult to avoid. Many consumers — including vegans — are unaware of the widespread use of animal-derived byproducts to make popular brands of alcohol. Because little is known about the wide range of ingredients used to make booze, especially beer and wine, consumers are often unaware that they’re drinking beers and wines that aren’t vegan.

Many beers, wines and ciders are not vegan. Some types of alcohol are filtered with ingredients made from animal parts, products or by-products, including fish bladders, gelatin and collagen. Many commercial winemakers use animal-based ingredients as “fining agents” — used to clarify the alcoholic beverage and make it more appealing to a general palate.

Other types of alcohol aren’t vegan because they’re mixed with non-vegan ingredients. Yet there are many liquors that are quite reliably vegan. According to Vegan.com, “virtually every brand of hard liquor — bourbon, whiskey, vodka, gin, and rum — is vegan.” In other words, nearly all distilled spirits are vegan-friendly except for those containing cream or honey.

What Liquor Ingredients Are Not Vegan?

Below are some common non-vegan ingredients used to make beers, wines, liquors and other alcoholic beverages.

How Can I Find Out Which Alcoholic Drinks Are Vegan?

One resource for identifying vegan alcohols is Barnivore, an online database of user reports on beer, wine and liquor manufacturers based on consumer-initiated email correspondence.

What Types of Alcohol Are Vegan?

Broadly, most beers and liquors are vegan, while most wines are not. The information below is compiled from Barnivore and Vegan Bev:

Most of the top 10 beer brands are vegan-friendly, as they were not made with animal-derived ingredients or processes, according to data provided by Barnivore users. Examples include Skol, Tecate and Brahma beers.

Most other top beer brands sell products that are not vegan but their signature products are vegan-friendly. According to Barnivore.com, these brands include Budweiser, Heineken, Stella Artois, Bud Light, Corona, Cass and Guinness.

Figuring out if a wine is vegan is a little more complicated than reading the label, as most wines don’t list the ingredients used in the wine-making process. Some vegan-friendly wines are filtered with a polymer called polyvinylpolypyrrolidone (PVPP), while others are clarified with a type of clay called bentonite. There are also carbon-filtered wines that are vegan as long as the carbon is not made from animal parts. Some vegan winemakers also do not use animal-based fertilizers in their vineyards.

In the U.S., Sutter Home, which is the second-highest selling table wine brand, offers many vegan-friendly products according to Barnivore, including gewurztraminer, moscato, zinfandel, rosé, sangria, cabernet sauvignon, white merlot and moscato sangria.

Beringer also has vegan-friendly white wines, as does Ménage à Trois, both of which avoid using animal-derived products in the refining process. Meanwhile, though Chateau Ste. Michelle’s line of products is mixed, vegans can drink the brand’s Columbia Valley dry riesling.

As a general rule, most clear liquors are vegan.

What Types of Alcohol Are Not Vegan?

Below are some of Barnivore’s findings for non-vegan beers and wines to avoid:

Most of 2021’s top-selling beer brands are vegan-friendly, but there were some exceptions in their product lines.

Many of the leading table wines sold in the United States are not vegan. None of the wines sold by leading brand Barefoot are vegan, nor are Josh Cellars, Franzia Wines, and Woodbridge by Robert Mondavi.

Non-vegan spirits are mostly cream-based liquors, honey-flavored bourbons and whiskies and beverages containing carmine or cochineal, according to the Vegan Bev website.

Based on Barnivore data, an estimated 13 percent of vodkas are not vegan, compared to just 4 percent of tequilas.

Non-vegan vodkas usually contain dairy or honey, though some vodkas do use animal-derived fining agents, like Svedka. At least one is distilled from whey, Broken Shed Vodka, and Silent Sam Vodka is processed with silk.

In addition to learning more about animal-based ingredients in the food and beverage industry, you can increase plant-based options in your diet by visiting restaurants listed at HappyCow. For more information about dietary change, check out Sentient Media’s Take Action page.

What Is Jell-O Made of?

How My Family Came to Love a Plant-Based Thanksgiving