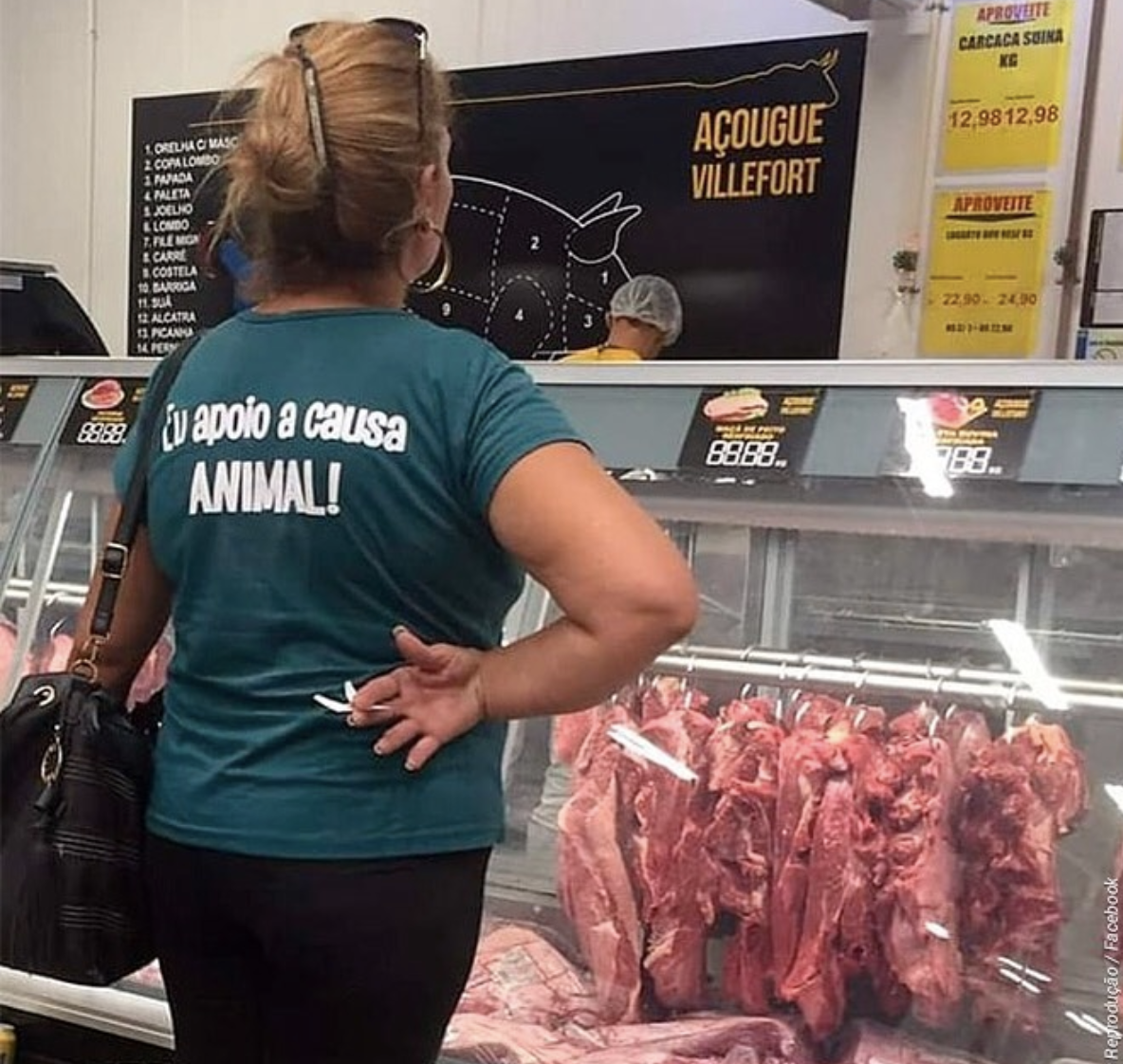 I am guilty of being judgmental of others when it comes to my views on animal rights.

I try to keep an open mind, and I know that I am getting better. But I have said things, thought things, and even published things that aren’t helpful to the animal cause. Not at all.

And like many others who dedicate their lives to animals, I can easily lose control and say things about others or their actions without knowing the whole story. It’s something I am working on but it will take a long time before I am free from this annoying habit.

Because of this (and some other reasons), I spend very little time on social media these days. I deactivated Facebook and gave up on Instagram after posting less than ten photos. When you belong to a lot of online groups and communities for animal rights or veganism (or any cause for that matter), you start to see the worst in people as they tend to judge quickly and react even faster.

Earlier today, someone shared with me a post of a friend of mine named Carol Destro. She is part of the Mercy For Animals team and an inspiring voice in the animal rights movement in Brazil. She is an activist and entrepreneur who runs events, gives talks, organizes 5ks, and hosts getaways that help people learn more about plant-based living and activism. Overall, Carol is a huge inspiration for many people in Brazil.

Before we get to the post, let’s first discuss the image from the post (and the main image of this article). The woman’s shirt says “I support the animal cause.”

Now, let’s be clear. When I first saw this photo I rolled my eyes and already started thinking of how much of a hypocrite this woman is. How could she support the animal cause and buy meat? How in the world could she possibly justify such an action if she actually cared about animals?

Before I let my mind start racing, I started reading. And then I started to calm down. With each line that passed, the more I felt at peace with such a horrific image. As I got to the end of the post, I felt a strange calm flush through my body and mind.

How could I be so quick to judge others without knowing the whole story? And Carol didn’t know the whole story either but that didn’t matter. She was able to understand, way faster than me and many others, that there is more than meets the eye with this image and others like it.

Social media has made it possible for people to attack others quickly and easily without the fear of consequences. We are, in fact, safe at home behind a screen or anonymously hiding behind our smartphones, far and unknown to the people we judge and attack. While this image (prior to Carol’s post) went viral in Brazil and generated countless hate-filled comments, how many people would actually berate this woman at the grocery store if they saw her there buying meat in this shirt? Very few.

I have added the post (it’s in Portuguese), but I have translated it to English below:

Here is the English translation:

Last week I saw this photo circulating in several places. Many people were angry that a person could be wearing a t-shirt saying they support animals while at the same time buying meat.

My first reaction was also to find this scene hard to believe but quickly noticed our ability to judge an image without having any information.

I saw people calling her a hypocrite, clueless, demanding she gets rid of that shirt, and arguing about the confusion that the photo was causing.

Then I started to remember some of the people I have met along the way during my talks, courses, meet-ups, and other experiences and thought about their journeys on the road to veganism.

I thought about so many women I have met that cried telling me how they no longer eat meat but feel obligated to buy meat for their families.

I thought about so many people who care about animals and don’t consume animal products but have jobs that demand they buy food, meat included, for their superiors and co-workers.

I thought about victories and tales of small steps that were taken, even though others were judging them while on their journies.

I thought about so many other possibilities that could be behind this image and thought about how instead of calling this woman a hypocrite or clueless, we should think about what it feels like for someone who is seeking something new while dealing with her own difficulties and challenges. Instead, she should have our support. And if this woman actually has no real connection to the cause, what good will it do for us to throw stones and judge without having even a minimal understanding of the context of this photo or her situation?

How many people might have distanced themselves from the cause after having read countless insults and judgments from others?

I am not saying that this should make total sense. This is just a reflection about how we should be getting people into veganism.

By being welcoming, receptive, embracing, and supportive… you don’t know what’s happening in a photo just by looking at it with no context. 💚

The real challenge is trying to understand.

Reading this made me realize that even though I consider myself to be a compassionate person, I have been channeling most of that compassion toward animals and those around me instead of people out there that might need compassion the most.

Who am I to judge? Who am I to decide what actually happened without having any information whatsoever?

Moving forward, I am going to do my best to hold back the easy, snarky comments. I will do my best to refrain from attacking those with beliefs that differ from mine. I will work tirelessly to ensure that what I put out into the universe is positive, hoping that in return, positivity will spread.

I don’t know what the woman from the photo is going through. I have no idea who she is or what her story is. And while she is an easy target from a distance with no context, the real story might be a lot more complicated than most people (myself included upon first glance) are willing to consider.