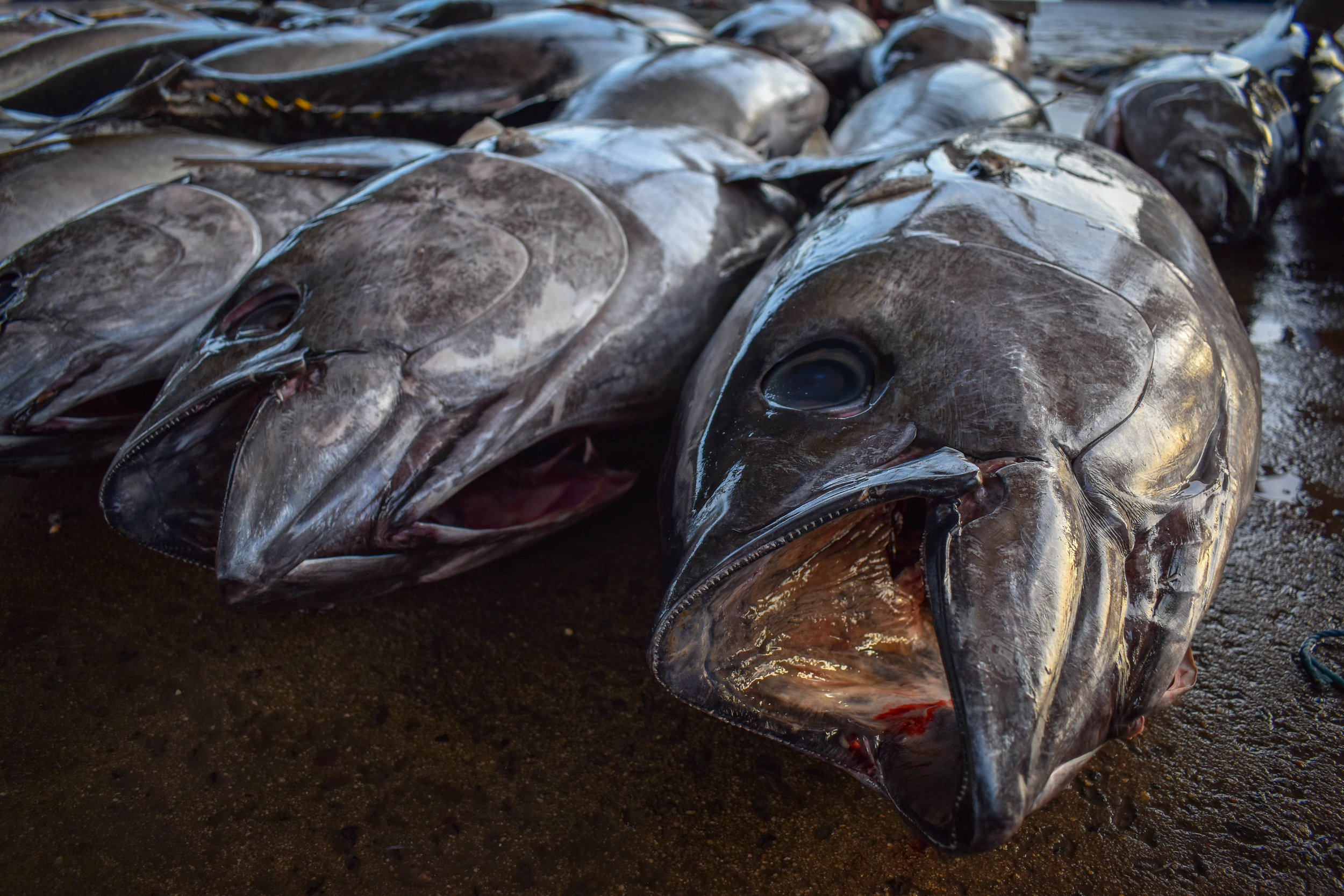 The world’s fisheries are on the brink of total collapse, and entire species of fish are threatened with being wiped out completely. But in spite of so much at stake for marine life and ecosystems, some policymakers and thought leaders believe we should transform our ocean waters into vast, floating farmlands.

Fish industry groups and megacorporations are now calling on Congress to reintroduce legislation that would open federal waters to this practice of industrialized farming, known as “aquaculture.” But there are many reasons to be wary of this industry-backed effort. Foremost among them is that any attempt to open large swaths of our federal waters to aquaculture needs to address the urgent, connected issues of environmental impact and fish welfare. And there’s increasing evidence that ocean fish farming isn’t sustainable in any form.

Aquaculture can create crowded, polluted, stressful conditions for fish that threaten our health and surrounding wild marine life. For the consumer, it may mean low-quality fish dinners produced from waters contaminated by waste and disease.

Much of the country’s seafood is imported from large-scale fish farming: Aquaculture now accounts for about 50 percent of the world’s fish. Proponents for expanding marine aquaculture into federal waters point out that the U.S. ranks 16th in the world in aquaculture production. For the commercial aquaculture industry, the main barriers to opening federal waters to floating fish farms are a complicated permitting process and overlapping federal agency jurisdictions.

While previous legislation aimed at opening federal waters to aquaculture made overtures to environmental impact, it did not address fish welfare, which is intimately linked to water quality. In typical ocean farm settings, fish are kept in pens, where overcrowding can lead to deteriorating conditions as animal waste accumulates. Chronic stress, aggressive behavior and susceptibility to disease also increases with poor water quality. Cramped floating farms, like those encouraged by the proposed legislation, may enrich companies’ bottom lines, but they rely on inhumane and unsanitary water quality.

These conditions matter: Fish are capable of feeling pain and other acute emotions. In experiments aimed at determining whether fish can feel pain, trout were injected in their mouths with noxious substance; they were later observed rubbing their lips against the sides of tanks and gravel for hours. Carp have been shown to avoid bait after being hooked previously. Other studies have also shown pain avoidance by fish.

“Fish have the hallmarks of pain both physiologically and behaviorally,” writes ethologist Jonathan Balcombe in his recent book, What a Fish Knows: The Inner Lives of Our Underwater Cousins. “They possess the specialized nerve fibers that mammals and birds use to detect noxious stimuli. They can learn to avoid electric shocks and anglers’ hooks.”

This ability to feel pain and to suffer make it even more important for us to consider the living conditions of floating farms, where fish commonly encounter parasites and disease.

For instance, industrial salmon farms have struggled to prevent parasitic sea lice infestations. These crustaceans feed on salmon skin and blood, and fish farms are perfect incubators for sea lice. “In aquaculture, fish are kept at unnaturally high densities, so the parasites will exploit that, and their lives become easy,” says one researcher of sea lice in the U.K.

To keep fish free of disease and parasites, pesticides and antibiotics are aggressively used, either flushed into their pens or added to their feed. But these toxic substances can affect the surrounding environment by killing off nearby wildlife and further increasing stress in fish.

Even feeding fish in aquacultural settings is unsustainable. Aquaculture largely depends on carnivorous fish, which typically feed off of anchovy, herring and krill, known as forage fish. Because millions of tons of feed are needed each year, experts predict that the demand for these ancillary fish will soon outpace supply, leading to the collapse of wild fisheries before mid-century. Even replacing some of this fish feed with alternatives would only delay the inevitable population collapse.

A number of environmental groups, including Friends of the Earth and the Center for Biological Diversity, have opposed the expansion of industrial ocean fish farming through any federal legislation. “The untreated waste from these facilities pollutes our ecosystems, creating chemical disruptions that can contribute to dead zones and algal blooms in our oceans. And every year these operations attract and oftentimes result in the deaths of wild dolphins, seals, birds, schooling fish, and other marine animals,” the groups wrote in a letter to members of Congress.

Thankfully, there are emerging food alternatives that promise the taste and texture of fish without the need to slaughter animals. Companies like Atlantic Natural Foods, which is based in North Carolina, have developed plant-based foods that mimic seafood. Meanwhile, other companies working on the frontier of food technology, such as California-based Finless Foods, are researching cellular technology to produce fish meat from actual animal cells that can be served fresh anywhere in the country. However, it’s not immediately clear when their products will make it through the regulatory process and onto market. Further, consumers must also make the shift to accepting cell-based meat.

Like their terrestrial counterparts, industrialized fish farms may be with us for some time as demand for protein outpaces production and alternatives are developed. But there’s no reason to open the country’s federal ocean waters to unsustainable industrial fish farming — the risk to the environment and animal welfare is much too great.

A version of this article first appeared in Truthout.