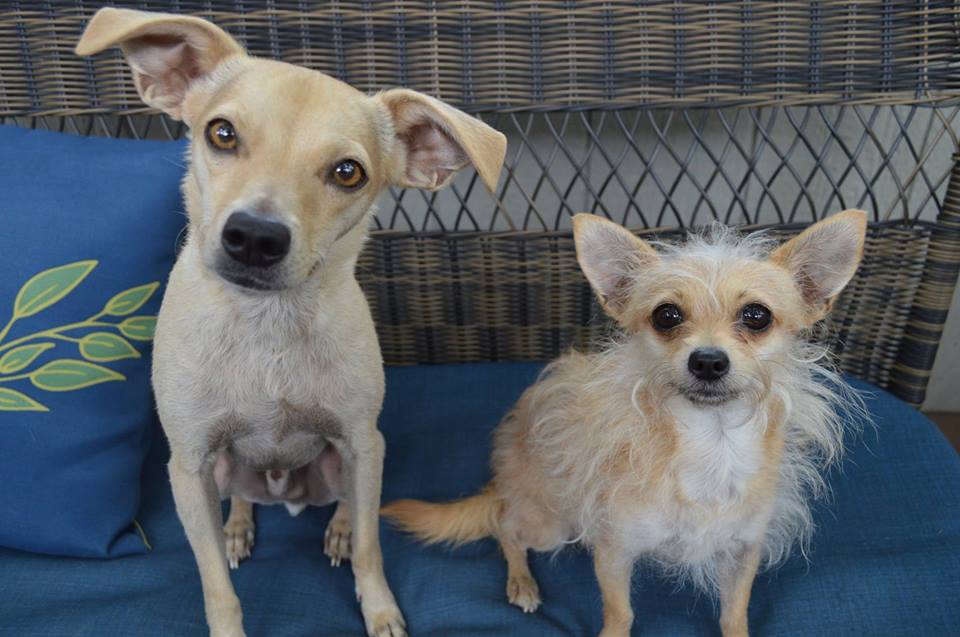 Our Companions: Mimi The Cat

The year was 2014. I had recently gotten married to my high school sweetheart and was preparing for one of the most defining moments of my life – moving 2,000 miles away from home for the first time.

My husband was in the military, which meant in order to see him, my choices were either daily video chats from my hometown in Ohio or to move all the way to El Paso, Texas, leaving everything I knew behind.

I chose the latter. I did not know what the future held for us, but I was excited…and anxious.

My husband worked long days on Ft. Bliss and I did not know a single soul in our community. I was lonely and did not know what to do with my time. After a few days of getting settled in after the move, I enrolled in an online Bachelors program and looked for jobs, but there will still a massive void in my life.

Back home, I was raised around dogs. We had four at one time when I was young. I left behind my family dogs with this move and missed them terribly, especially my boy Lou – the Jack Russell. There is something about coming home to a wagging tail that just makes life better.

My husband is allergic to most animals, so I thought my days as a dog mom were over. This realization hit me hard.

Fortunately, my husband realized how important having a dog was to me (mostly because I wouldn’t stop bugging him about it) and decided to pop an antihistamine and take me to the local animal shelter “just to look.”

Unbeknownst to me, my best friend was waiting in the small dog section at the Humane Society of El Paso.

After petting every single animal within the shelter up to this point, we came across a small one-year-old Italian Greyhound/Chihuahua mix named Lance.

He sported a tank top with the words “The Big Kahuna” across the back and seemed to be the quietest, most well-mannered dog in the shelter. When we approached his kennel, Lance lazily got out of his bed, licked our fingers, and waltzed right back to his bed once we walked away. No barking, no fussing.

After a long day at the shelter, we went home to reflect on the adorable pups we had just met. My husband was the first to say, “I liked Lance. He seems like a good boy.”

Before we knew it, we were on our way to the shelter the next day to inquire about him.

When we left the shelter, Lance was excited until he reached our car. He did not want to get in. After some treats and encouraging words, he jumped in by himself. It took up until the last few minutes of the long car ride home for Lance to finally jump up from the floor and onto the seat next to me. I could tell he was not used to riding in a car and was very nervous.

We don’t know much about Lance’s backstory, but we do know he was dropped off at the shelter the day after Christmas in 2014. We know he had mange and intestinal worms. What we soon realized, though, was that this poor boy’s issues ran deeper than the surface. He had been left alone for much too long, which took a serious toll on his mental health.

On the day we took Lance home, January 5, 2015, we realized just how emotionally scarred he was. For such a gentle, well-behaved boy, he had horrific separation anxiety.

I spent as much time as possible with him, but if I left for more than 30 seconds, he would chew at the blinds to watch me walk to my car or scratch at the door I had just walked out of. He cried uncontrollably whenever he was alone.

I started a job with a temp agency a few days after we brought Lance home, and every time I left, he would cower down and sit near the window to watch me leave. He would sigh and whimper. It was heartbreaking.

Once I realized I could not leave Lance alone for eight hours each day, I quit my job. All I could think about was how sad he probably was at home alone.

The desire to help him live his best life possible is what put me on the path toward working remotely – and in animal rights. Lance helped me realize my passion was not working at a jewelry store as a temporary employee, it was helping animals live better lives, free of anxiety and pain.


Lance’s anxiety has decreased over the years, and now he gets to go on all sorts of adventures. He travels with me often. We go to the park, the pet store, and even the craft store together.

Though he is still a bit timid, his confidence has greatly increased. He is so sweet and well-behaved. When people see him in the cart at the pet store, their eyes light up and they always comment on how good of a dog he is. It is heartbreaking to think he spent weeks alone in a shelter. That he suffered an uncomfortable skin condition and intestinal issues due to neglect. He did not even know how to ride in a car, but now, he runs around like a madman when he hears the words “bye bye.”

In just five short years, Lance has transitioned from an anxious dog to one that is curious, stands his ground, and loves going on adventures. He loves taking walks, attacking ping pong balls, and running circles around dogs at the park – his Italian Greyhound roots make him super speedy. He enjoys chasing lizards on the patio and napping with me in our hammock.

We find solace in each other and our companionship eases both of our anxieties.

Lance and I were still spending plenty of time together, but I knew he needed a friend so he wouldn’t be lonely when I left the house.

I was not sure if my husband would even go for another dog, since he was allergic to the one we already had, but I occasionally daydreamed and browsed the local adoption sites.

Then, a few days before Halloween, Lance and Ariat, the pit bull we were dog sitting at the time, started uncontrollably barking, wagging, and crying at the front door.

To my surprise, a little chihuahua mix with unruly hair and her friend were running around my front yard. The chaos ensued just in time for my husband to pull into the driveway from work, so he was able to wrangle up the white Pomeranian puppy while I went for the tiny scruffy one.

This little girl was not difficult to catch because as soon as I stepped closer to her, she rolled onto her back and wagged enthusiastically. She was only five pounds, so I picked her up with ease, and she licked my face until her tongue was tired. It seemed as though this little dog and I had known each other all our lives. Our bond was immediate.

I asked my neighbor, Kevin, where they belonged, and he led me to the house a few doors down. The family was not home, so I left the two dogs in the screened-in patio along with a note and my phone number. On the note, I mentioned (only half-jokingly) that I would take the little scruffy dog, whom I had instantly bonded with, off their hands if they ever wanted to re-home her.

Within an hour, I got a call from a woman who spoke only Spanish. I ran outside to chat with her via Google Translate, and she told me they had just acquired the little chihuahua named Rotilla, and that the pup did not get along with their other dogs.

She asked me, through the translation app, a question that would permanently change my life. “¿Te gustaría el perro?” or “Would you like the dog?”

Before I could even think about what my husband would say, I blurted out “SI, SI!” and snuggled my new little friend in my arms.

When we walked through the door, my husband was on the couch watching television. I quickly proclaimed in one long-winded breath from the next room, “Hey, the neighbors said the cute scruffy one doesn’t get along with their dogs and that we can keep her, so she’s ours now, okay?”

Before he could respond, I was thinking of new names and what color leash to buy her. “Um…we will see,” he said.

As you can see from the photo below of her first night with us, the rest is history.

As fate would have it, the scruffy little chihuahua mix, now named Lilly, took over our hearts and instantly became part of our family. If she had never run into my yard that day and I never wrote that letter to my neighbor, both of our lives would be totally different today. Not to mention all the other lives she has touched. We would have missed the chance to know this sweet, unique little dog, and she might not have ended up with a family who loves her as much as we do.

Lilly is quirky in some of the funniest ways. She brings a sock as a greeting gift to whoever walks through the door. She enjoys rubbing her scruffy little face in the snow when we travel to Ohio and on the sand when we visit the beach (which results in bath-time which she is not a fan of). Whenever she gets a burst of energy, she howls, huffs, and runs around the house erratically, usually instigating the same behavior from Lance. I call her Lilly the Lizard Hunter because she can’t sit on the patio without following lizards around with her nose to the ground. She brings a smile to my face every single day.

Her body is tiny, but her spirit is mighty.

Lilly and Lance are now best friends who do everything together. I could not be more grateful for the paths that led me to both of these dogs. They have made me laugh, given me strength and love through tough times, and overall, provided me with limitless happiness. I am not sure what my life would look like if I didn’t have these goofy little dogs to snuggle. Fate is a funny thing in that it provides you with exactly what you need, when you need it.

These dogs are spoiled rotten and are definitely living their best lives now. They have traveled from the top of Michigan to the bottom of Florida. They zoom around the dog park at least once per week and get treats and belly rubs like it is their job. They now spend most of their day sleeping side-by-side in the Florida sunshine.

If you have not found your perfect companion yet, don’t fret. Who knows, they could just show up at your door one day.