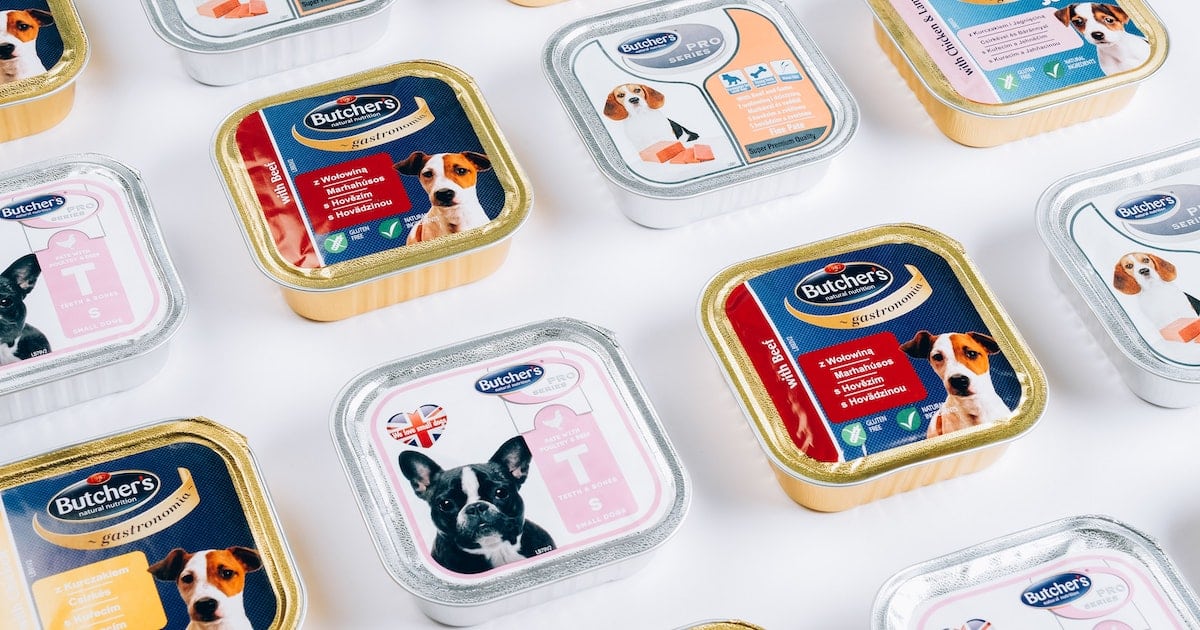 Cats and dogs have evolved for thousands of years without convenient, “complete, and balanced” packets of pet food. But over the last few decades, the pet food industry has increasingly convinced people of their value. Commercially prepared cat and dog foods are sold in bags as dry kibble, or in cans and pouches as wet food. The industry produces a wide range of pet foods, snacks, treats, supplements, and chews.

Because of the status of pets as property in most countries, including the U.S., companion animals have little control over what they eat, and regulations are lax in protecting them from the problems that our global food system can cause. In turn, the average consumer is often bewildered when first trying to read a pet food label, yet pet food advocates are learning more about these labels, and how they are written and marketed.

One source of information is reading books like “Feed Your Pet Right” by Marion Nestle and Mal Nesheim, which describe cat and dog nutritional needs to the general public. They also explain how the pet food industry seeks to meet those needs and how it also has problems that need to be fixed. You can also find video explainers on YouTube that help to cut through the marketing lingo that clutters food packages. Some advocates encourage pet caretakers to simply make food at home.

“Pet-Fooled” is a documentary about pet food that promotes raw food diets while critiquing the food system. It features the stories of pet food advocates who felt dismissed and disrespected by the pet industry after their pets died as a result of food system failures: melamine contamination in dog and cat food, a years-long battle to recall chicken jerky treats, and the use of toxic preservatives in dog food. These systemic failures are to be expected, as Marion Nestle writes:

“[T]he United States and other industrialized countries make far more food available than is needed by their populations. Overabundant food increases competition in the food industry and forces companies to do everything they can to reduce costs and keep prices low. Intense competition, together with legal obligations to maximize profit, leads food companies to:

The success of agribusiness in producing affordable food, including pet food, has also resulted in harm to the health and wellness of companion animals like cats and dogs. To right those wrongs, we can begin by looking into the industry that makes these foods.

What Industry Is Pet Food Part Of?

Pet food is part of the food industry, and food chains for humans, pets, and farmed animals are connected to each other. Pet food is made of the parts of slaughtered farmed animals that are not used for human food. Leftover pet food is often fed to livestock and poultry. This salvaged pet food is damaged or of lesser quality than pet food sold at the grocery store.

Pet food also dominates the U.S. pet industry, which had sales worth more than $100 billion in 2020, with the biggest line item being $42 billion spent on pet food and treats. The pet industry includes manufacturers, service providers like breeders and veterinarians, retailers, and marketing companies, all the way through to the trade associations, publications, and lobbyists that serve these businesses.

Is the Pet Food Industry Profitable?

As with the rest of the food industry and in other fields of business, the pet food industry is very profitable for the few mighty companies that control the market. Five companies (Nestlé Purina, Mars, J. M. Smucker, Colgate-Palmolive, and Blue Buffalo) controlled 74 percent of the pet food market in the United States in 2016, with nearly one-third of the market share held by Nestlé Purina alone. Nestlé Group’s (no relation to Marion Nestle) worldwide sales for pet care were about $15.3 billion in 2020 or 16.5 percent of their global sales across all products that year. Petcare was also one of its fastest-growing product categories of 2019.

In another example of profit-driven market consolidation, Mars owns Banfield, VCA, and BluePearl pet hospital chains. At these and other veterinary clinics, veterinarians and pet manufacturers work together to sell pet food by prescription “even though there is no legal requirement for that prescription,” an attorney representing members of a class-action lawsuit against pet food companies told the Miami Herald. The lawsuit does not question the quality of the pet food, but the way it allows companies to charge higher prices to pet guardians, bringing in more than $1 billion per year, or “5 percent of the $24 billion in pet food sold in the U.S. each year,” according to the report.

How Big Is the Pet Food Industry?

One way to measure the impact of the pet food industry is in the physical retail space devoted to pet food products at the grocery store. When Nestle and Nesheim did just that in 2008 at their local Wegmans supermarket in Ithaca, they estimated the amount of space devoted to pet food was about “13 percent of the store’s center-aisle space, roughly the same proportion devoted to sodas.” Another way to look at an industry’s size is by the number of people paid to work in it. The pet food production industry employs about 25,000 people in the United States, while pet and pet supplies stores employed 113,067 people in 2015.

Unlike how the U.S. Centers for Disease Control and Prevention track the births and deaths of human individuals, there are no official registries of the births and deaths of individual pets, which may explain why pet populations statistics tend to be rough estimates. The pet food industry caters primarily to the caretakers of roughly 90 million dogs and 94 million cats, though pets can include birds, horses, fish, reptiles, poultry, rabbits, and other mammals, including pet livestock. Industry and government surveys estimate that 49 to 68 percent of U.S. households have at least one pet.

Is the Pet Food Industry Growing?

APPA’s 2021 report shows growth in the number of pets served by the industry in 2020 and 2021 compared to previous years, with accompanying growth in sales of products, and an optimistic outlook for continued growth in 2022. Households seem to be sheltering more cats and small animals, based on industry reports.

What Is the Future of the Pet Industry?

The future can be glimpsed in today’s social movements, whose participants tend to cultivate the margins that society is moving towards and which will become a new common ground for laws, language, and business. In “Pet Food Politics,” Nestle describes food advocacy as a “fragmented, uncoordinated, and spontaneous” social movement that is “creating meaningful alternatives to the current industrialized and globalized food system.” Nestle includes people who support “Good Pet Food” as members of this movement.

Within the broad collection of food movement makers, there are proponents of organic foods, local foods, fair treatment of food workers and producers, and Indigenous food sovereignty, as well as animal advocates. With people supporting system-wide improvements to animal and human health, ethical practices, and environmental protection, the pet food industry, and in turn, the pet industry, may be forced to follow. For example, Archer-Daniels-Midland, a multinational agribusiness that produces food for humans, livestock, and animals in the form of grains and legumes such as corn and soy, among other products, is eyeing consumer trends such as holistic nutrition, plant-based lifestyles, transparency in the food manufacturing process, the “humanization of pets,” and collective well-being in “sustainable sourcing practices.”

In “Feed Your Pet Right,” Marion Nestle and Mal Nesheim make simple dietary recommendations for how to feed your pets, but they also focus their recommendations on things that pet food companies, regulators such as the FDA and USDA, AAFCO (the private organization that sets national pet food standards), and rendering plants can do to make improve pet food safety. For pet caretakers, their recommendation is to tell pet food makers and vendors that you want to know what is in pet food, where ingredients are sourced and how they were processed, “the science behind health claims,” “the truth behind marketing claims,” and potential conflicts of interests.

The pet food industry uses the byproducts of the factory farming system to recycle the foods that humans don’t eat, and turn them into convenient meals for dogs and cats. It is also a highly consolidated industry that is growing and adapting to a customer base, as food and pet food advocates increasingly call for more humane food systems for non-human companion animals.