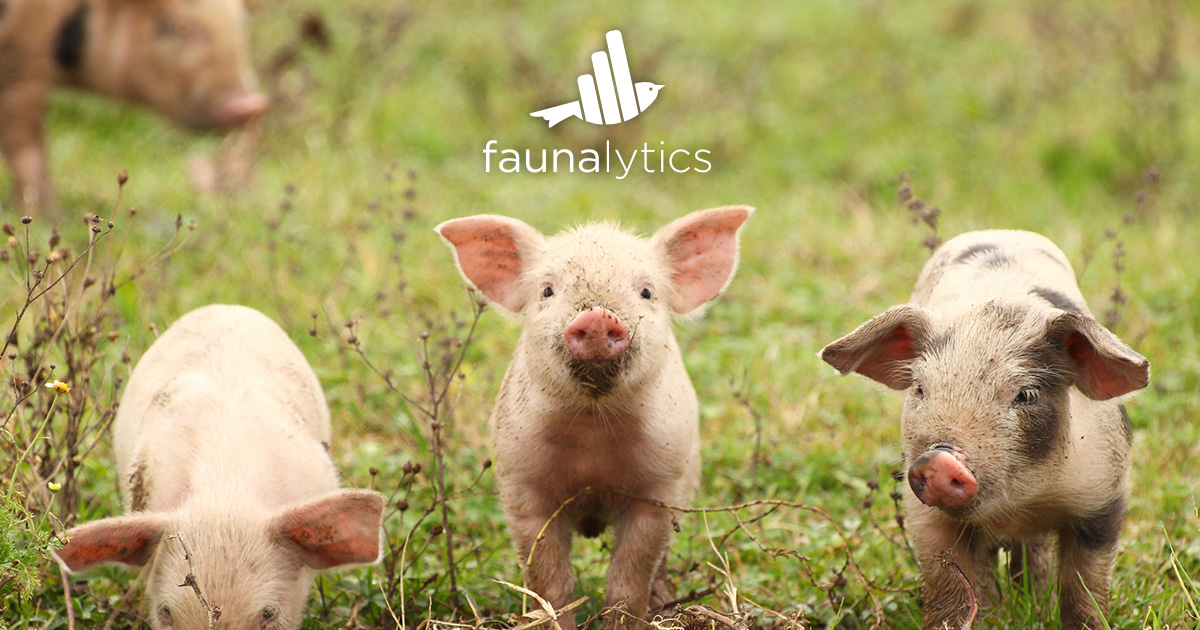 Faunalytics is revolutionizing animal advocacy by providing extensive research and resources to animal advocates. These free resources are intended to maximize effectiveness when standing up for animals. The organization conducts original, randomized controlled studies, interviews, and nationally representative surveys. In addition, Faunalytics maintains a library of thousands of summaries of external research on animal issues.

Faunalytics’ trove of information helps animal advocates learn more about animal rights issues and understand how people perceive these issues, and advocacy in general. This data allows activists and organizations to curate advocacy approaches based on their specific audiences.

Two decades ago, Faunalytics’ founder Che Green had the idea to arm animal advocates with science and research to deepen their conversations and increase their ability to help more animals. In 2019 alone, Faunalytics’ website and social media channels reached around 1.6 million people. This impressive reach is the work of a small team of remote employees and volunteers based in the United States. Faunalytics has earned the GuideStar Platinum Seal of Transparency and has been listed on Animal Charity Evaluators’ Standout Charity list since 2015 for their quality research and advocacy support.

Sentient Media: Jo, what is it about Faunalytics’ mission that resonates with you most?

Jo Anderson: At Faunalytics, we promote research and science because we believe that the best way to change the world is to understand it. As a psychologist myself, I’m a strong proponent of the need for a multi-pronged approach to societal change. To create large-scale change for animals, we need to work on individuals, corporations, and governments simultaneously. At Faunalytics, we research all those things and more. Our research library includes articles from many different fields, for many different types of advocates, and our original studies encompass a wide range of scientific methods and cover an equally wide range of advocacy strategies. Faunalytics supports and encourages effectiveness in all kinds of advocacy because no problem as complex and multi-faceted as animal exploitation is going to have a single-facet solution.

Sentient Media: Karol, was there a specific moment that solidified your dedication to animal advocacy?

Karol Orzechowski: This answer is probably different for me than for many others, but participating in numerous investigations and some open rescues was something that cemented me in place as an advocate for life. I was already vegan at that time, of course, but seeing those places with my own eyes was a confirmation of just how hellish the footage I had seen before actually was. As someone who was in charge of then capturing that footage, I realized that I could never go back to pretending I didn’t know. It’s definitely something that was traumatic, but it made me an advocate in a way that was much more permanent.

Sentient Media: How has the world changed for the better in the time you have been working within the animal advocacy movement?

Karol Orzechowski: It may seem silly, but when I went vegan, there were maybe 2-3 soy ice cream brands in stores, there were no vegan restaurants in my hometown, even just explaining the word vegan was something I had to do regularly. Now, vegan brands abound, I see signage proclaiming vegan options at almost every restaurant I go to, and in my hometown of 80,000 people, there are half a dozen fully vegan restaurants. It’s incredible to see how much has changed.

Personally, though, I’m someone that’s encouraged—but not satisfied—with the advance of vegan consumerism. Having lots of vegan brands and restaurants isn’t enough. We need to be actively encouraging meat reduction initiatives among people who will never go vegan, and promoting things like clean meat and blended meat, which are wonderful, practical advancements. These are amazing tools to help reduce the consumption of animals, and we ignore them at our peril if we focus too hard on veganism.

I think, most of all, I’m encouraged by shifts in public opinion, even when actions don’t change. More people than ever want don’t want to harm animals, but they have no idea how embedded animal abuse is in their daily lives. So, part of our mission is to bridge those cognitive gaps, and I think we’re in better shape than ever to do that.

Sentient Media: What are the most important ways your organization seeks to make a positive impact in the world?

Karol Orzechowski: By the nature of what we do, our purpose is educational. We’re blown away by the range of advocates and groups out there, and by what they do to directly help animals. Those individuals and groups are really our core constituency. We seek to keep them informed and armed with the best possible data, statistics, and information to do their work. We do this in two key ways: through our Library, which collects the most important and valuable research we can find for advocates, and summarizes it in a way that’s accessible for laypeople; second, through our research arm, we study specific issues that we believe will have the greatest impact on the animal advocacy movement in a broad sense.

Sentient Media: Jo, Faunalytics has certainly been successful over the years, but is there a specific success story you would like to share?

Jo Anderson: I’d like to highlight the ongoing relationship that we’ve had with one particular advocacy group as a great example of how the work we do and the relationships we establish can have a strong and long-standing impact for animals. Animals Now is the Israeli organization that oversees Challenge 22+, a vegan challenge focused on mentorship and interpersonal support. They designed their program—including that focus—based on recommendations that Faunalytics made. Since then, their program has expanded to multiple countries and languages, and we’ve maintained a great working relationship. Just a few months ago, I helped them analyze how Challenge 22+ affects participants’ meat consumption over the long-term. The results were extremely encouraging, with 77 percent of frequent meat eaters significantly reducing their meat consumption, as well as 64 percent of reducetarians and 34 percent of almost-vegetarians [doing the same]. A calculation of the number of portions of meat saved resulted in the conclusion that the average Challenge participant reduces [their meat consumption by] 86 portions of meat per year.

We interpret these findings as not only a sign of the great work that Animals Now and Challenge 22+ are doing, but also as evidence of the impact Faunalytics has for animals—it may be indirect, but [our work] has the potential to affect many groups and many campaigns. Along similar lines, it’s worth noting that at the present time, we’re conducting the first longitudinal, general population study of new vegans and vegetarians so that we can recommend additional ways for groups like Animals Now and others to support the people who join their campaigns.

Sentient Media: How will Faunalytics maximize its impact for animals in the future?

Jo Anderson: I’m excited by our growing program of research, including new studies focusing on reducing the suffering of fish and chickens through both individual and institutional change. We expect this line of research to have very high impact for animals, and we will be working closely with groups like the Fish Welfare Initiative and Rethink Priorities to ensure that that’s the case.

As the research director of an organization that is particularly focused on capacity-building, I’m also excited about a survey we’re currently conducting to measure the experiences of animal advocates. This survey will give us actionable data to help us support the health and growth of our movement. Supporting advocates at all levels and areas of the movement is crucial to ensure that we have the resources for the great work that different groups are doing to help animals.

In 2019, we introduced virtual office hours, in which any advocate, advocacy organization, or advocacy-aligned academic can meet one-on-one with the research team or content director and get their questions answered in real time. Since the launch of the program less than a year ago, we’ve fielded questions from dozens of groups and individuals. The topics range from designing research, to understanding methods or statistics, to finding research to inform their campaigns. I hope that in 2020 this program will continue to grow. Faunalytics’ focus is on a research model in which we conduct research for everyone, so the more advocates that can use it, the greater the spread of knowledge and greater our impact. Therefore, in addition to making research accessible on our site, we want to work directly with individuals to make sure that [our research] fits their needs.

Finally, 2020 marks a big change for us: Since 2000, Faunalytics has been led by our founder, Che Green, who is now moving on. He leaves big shoes to fill, but we’re thrilled that our former operations manager, Brooke Haggerty, has taken on the role of Executive Director. Karol and I will continue to work very closely with her going forward, while Che will remain an active part of the Faunalytics team through his role on the Board of Directors. The change in leadership is bittersweet, but will bring a fresh perspective to the organization that I think will help us grow and continually increase our impact.

If you would like to support Faunalytics’ work of providing scientific research to animal advocates, consider making a donation to Faunalytics here.