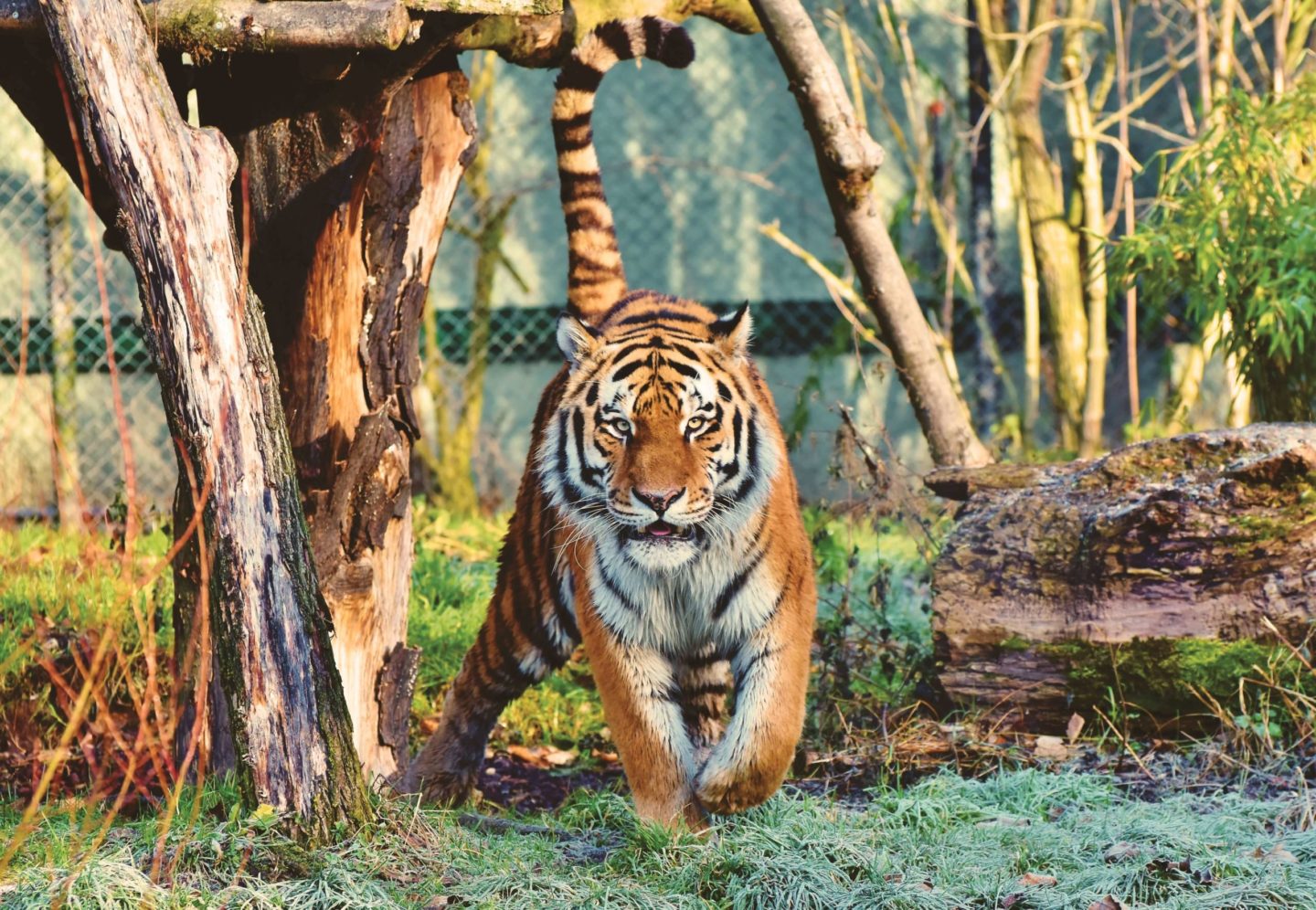 “You know why animals die in cages? Their soul dies.” These aren’t the profound words of an animal rights activist, but rather were spoken by the now-famous Joe “Tiger King” Exotic. A tiger breeder and ruthless zookeeper, Joe Exotic could only empathize with his caged animals when he was finally in a cage of his own, a jail cell in Fort Worth, Texas.

Joe Exotic is the flamboyant star of the ubiquitous Netflix docuseries Tiger King. The show’s grimy human tales of arson, embezzlement, murder-for-hire, and forced servitude—all in the quiet state of Oklahoma—consistently overshadow the abuse that the non-human animals endure. “Did Carole Baskin kill her husband?” is the prevailing conversation-starter, while the question everyone should really be asking is, “Why are people with such violent lifestyles allowed anywhere near animals, let alone permitted to ‘care’ for them?” Tiger King reveals that adults who first become cruel toward other humans are more likely to also be cruel to animals. The animals, like many abused humans, receive little to no legal protection.

The link between adult human-to-human violence and childhood animal cruelty is not new. Children who slingshot birds in their backyards or crush frogs with rocks sometimes grow up to be violent and murderous criminals. A recent U.S. Department of Justice report entitled “Animal Cruelty as a Gateway Crime” cites a 2001-2004 study by the Chicago Police Department indicating “a startling propensity for offenders [previously] charged with crimes against animals to commit other violent offenses toward human victims.” In a 1980 survey of male psychiatric patients with histories of animal torture, all of the survey respondents displayed high levels of aggression toward humans, too, in both childhood and adulthood. The “Boston Strangler” and Jeffrey Dahmer, the infamous serial killers, and many mass shooters and domestic abusers, have histories of childhood animal abuse. A childhood of cruelty toward non-human animals can be a precursor to violence against humans.

Adults without childhood histories of animal cruelty may still become cruel toward animals as they become more abusive toward other humans. The same Chicago Police Department study found that 65 percent of those arrested for animal crimes had also been previously arrested for battery against a human being. Joe Exotic supposedly had a genuine love for big cats initially, but as his business grew, so did his greed. The unapologetic gun enthusiast protected his zoo with paranoid zeal, openly threatening—and later, hiring someone to attempt to kill—an animal rights activist who sought to shut his business down. To minimize costs, he hired vulnerable people, offering them meager living spaces or drugs in exchange for free or cheap labor. As his cruelty toward humans increased, so did his cruelty toward the animals in his care. Joe Exotic caged, bred, and sold hundreds of tigers, lions, and hybrid species, and in the process routinely removed infant tigers from their mothers. (Creating hybrids is by itself abusive; bred for no purpose other than their aesthetic value, big cat hybrids, such as crosses between lions and tigers, frequently suffer from birth defects that range from uncomfortable to fatal.) Joe Exotic kept animals in small, cramped enclosures and used them as entertainment. He fed the tigers expired grocery store meat and killed those who had grown too old to be charismatic. Tigers for sale were consistently treated not as living beings but rather as a lucrative means to generate cash; the show presented no evidence that Joe Exotic screened buyers to safeguard the animals’ well being. The purchased animals were entirely vulnerable, leaving them susceptible to being predated upon for canned hunts or permanently caged in even more miserable conditions.

Joe Exotic’s partner, fellow big cat trainer “Doc” Antle, appears to have a fairly non-violent past. He studied “mystical science” in China before returning to the United States to practice spiritual medicine; he later founded The Institute for Greatly Endangered and Rare Species, a wildlife preserve that—fittingly—has received intense scrutiny for animal rights violations. Like Joe Exotic, Antle’s cruelty toward animals increased along with his mistreatment of humans. In Tiger King, women assert that Antle manipulated them to work for free; he also forced them to dress provocatively and receive cosmetic surgery to attract more zoo visitors. Antle met many women while hosting parties in hotel rooms, where he provided the evening’s entertainment in the form of tiger cubs stuffed into suitcases. Over many years, Antle, like Joe Exotic, caged, bred, and killed many tigers. The Netflix series focuses on the men’s plots to kill other humans, as these schemes were complicated, risky, and expensive; meanwhile, Antle and Exotic also killed and buried tigers on the grounds with near-total impunity. The actions of these men illustrate that people comfortable with abusing humans are more likely to abuse non-humans, too.

Animals require more and better legal protection from humans with violent tendencies. Existing laws need to be revised to focus equally on human and non-human welfare. Cross-reporting, in which investigators overseeing animal cruelty cases also investigate possible human abuses, and vice versa, is not common. A well-intentioned but one-sided Ohio law prohibits some felons from adopting or living with dogs designated as “dangerous;” the legislation, besides unnecessarily stereotyping breeds such as pit bulls, seeks to protect humans from other humans with aggressive animals. Yet the law fails to protect animals of non-“dangerous” breeds from potentially violent caretakers. Adequate laws that hold animal shelters to appropriate standards are also needed; a Florida shelter with flimsy adoptee requirements and an outdated registered animal abuser list in 2016 was found to be allowing people with histories of violent crimes to adopt dogs. One pitbull from this shelter was found abandoned in the streets just three months after being adopted by a man who’d been convicted of kidnapping, among other crimes. Any human who regularly interacts with animals needs to be vetted thoroughly; any person with a history of violence or aggression, toward any species, should not be allowed sole guardianship over an animal.

Cruelty toward animals doesn’t just lead to cruelty against humans; it can happen the other way, too. Humans, lawmakers included, are largely blind to this correlation because we subconsciously prioritize the safety of humans over that of animals. Animals deserve legal protection from people with violent and aggressive tendencies equal to that of humans. Tiger King, by pairing scenes of human cruelty with those of animal cruelty, unwittingly depicts how one can lead to the other. This bizarre docuseries is just one of many tragic, real-life narratives proving that all types of cruelty are one and the same, no matter which species is victimized first.