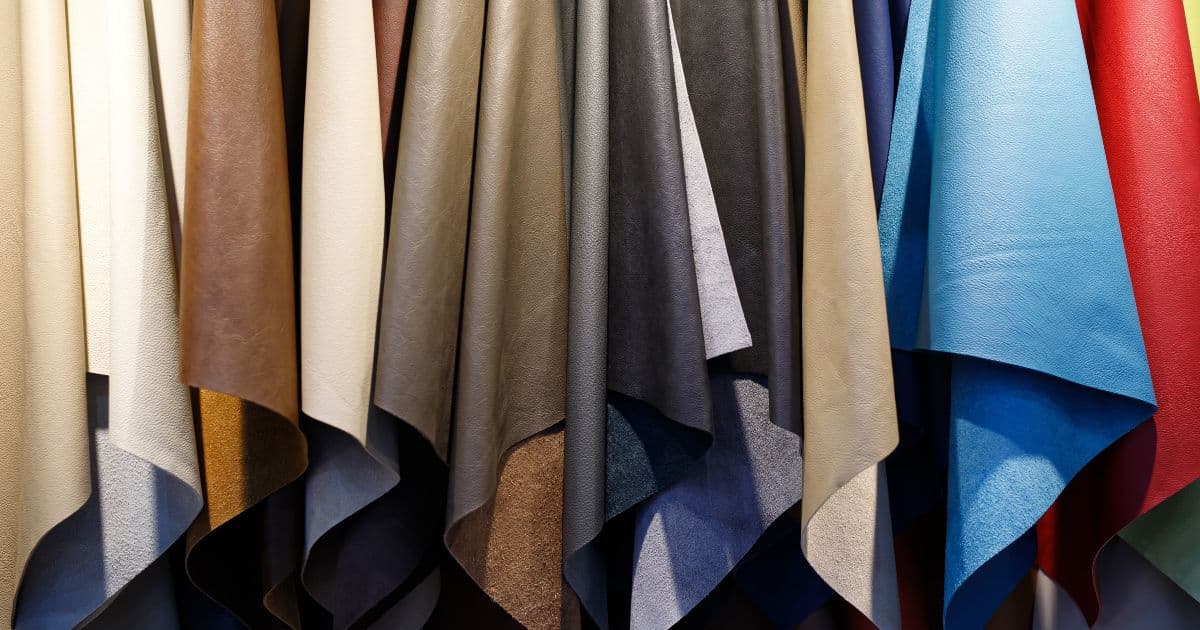 For some consumers, the phrase “vegan leather” tends to conjure up images of cheap, plastic-based materials — unnatural fabrics that threaten to stick around in landfills for an eternity. Thanks to media stories and viral twitter threads that incorrectly use “faux leather” and “plastic-based leather” interchangeably, the narrative of vegan leather wreaking havoc on the environment has taken hold in the minds of many conscious consumers.

Yet as is often the case with internet narratives, the truth is a lot more complicated. There are many different types of vegan leather alternatives on the market, each with a different environmental footprint. Some are indeed plastic-based, emulating the touch and feel of leather, but others are made from more creative ingredients, like mushroom, cactus, cork or even pineapple.

Tweetstorms on the evils of vegan leather tend to leave out the massive environmental damage caused by the leather industry and cattle ranching, as well as the many leather alternatives on the market beyond plastic.

Creating leather from raw animal hide is a three-phrase process: preparing, tanning and crusting. It’s the second step, tanning, that can cause pollution. Tanning involves soaking the animal hide in chemicals for prolonged periods of time to make it more flexible. The problem is these chemicals can and do leach out into surrounding environments.

Most leather tanneries use a variety of chemicals including chromium III, sulfuric acid, DDT and formaldehyde. One of the most important is Chromium III, which can be oxidized into Chromium (IV), a known carcinogen that has the potential to harm both workers and residents.

Researchers estimate that 5.8 millions gallons of chemical waste is pumped into open canals near the Buriganga River in Bangladesh, an area known for leather processing. These chemicals travel through the canals and into the river, making the water undrinkable. Local animals of the Hazaribagh region (which encompasses the Buriganga River) have been found with elevated levels of chromium in their blood. The industry’s hazardous waste has devastated the region, even though the majority of leather produced in the tanneries is exported to western countries, not sold to local citizens.

The chemicals can also infiltrate more than the water supply. According to a 2006 study, “air and water pollution, widespread odors, poisoning from toxic gas, and unsafe disposal of waste are among the problems that have been experienced to a greater or lesser extent in the tanning industry.” One study linked chromium salts to higher cancer rates in Italian leather workers, especially nasal cancer, since they frequently breathe in the noxious fumes created during the tanning process.

Finally, though leather biodegrades before plastic, it’s not exactly easily biodegradable. Under perfect conditions, tanned leather may biodegrade in a half century, but can easily last thousands of years. Leather products will likely pop up in landfills for centuries to come.

Leather production is inextricably linked to cattle farming, indisputably one of the most devastating industries to the natural world — the primary cause of deforestation in the Amazon, one of the leading emitters of methane and CO2 and a polluter of rivers and lakes across the world.

The climate cost alone is stark. Cattle ranching is on of the largest sources of climate emissions when it comes to the food sector and while leather is not always included in agriculture sector studies, the problems caused by beef and dairy production are the same for leather — cattle burp large amounts of methane and require huge amounts of land to raise.

Per square meter on average, bovine leather has a cradle to gate carbon impact of 73 kilograms, including emissions from transportation, factories, machinery and distribution. By comparison, emissions for cotton are just 8.46 kilograms per shirt.

According to the Higg Sustainability Index, a standardized measure of consumer goods by the nonprofit Sustainable Apparel Coalition, non-animal-based fabrics like cotton, polyester and canvas all have a lower environmental impact than animal leather.

Why Leather Isn’t a Byproduct of the Meat Industry

Many proponents of leather claim the material is a by-product of the meat industry — arguing that using leather is a way to reduce waste from an already existing mechanism. But that leaves out a few key details.

Byproducts are essentially leftover materials from a manufacturing process that tend to have far less value than the primary product. Leather is a global business worth over 100 billion dollars. Farmers do not treat rawhide as a leftover product. In fact, they take great care to slaughter their cows to keep the hide intact and sell it for a profit. The production of meat and the production of leather is therefore deeply intertwined. Leather is often referred to by industry professionals as a subsidy or co-product, not a byproduct.

Plastic Leather Has Its Environmental Drawbacks

Plastic-based leather, also called polyurethane or PU, is one of the more common alternatives and it does have its environmental drawbacks. PU leather is not as durable as animal-based leather (however, it is waterproof and sunproof, unlike animal-based leather). It tends to wear down faster and is not biodegradable, meaning it will take up space in landfills.

But it’s not necessarily accurate to call plastic-based leather “vegan” — in fact, it’s often sold in items not identified as vegan. There are also many non-plastic vegan leather alternatives on the market to choose from, with more likely to come in the future.

Among the more creative alternatives to leather, Mylo is leading the charge. Its products use mycelium, the underground root structure of mushrooms, to create the feel and durability of leather without the environmental concerns. Mushrooms are quick-growing, sustainable and animal-free. Mushroom leather has appeared on the runways of Paris Fashion Week and the lineup of Lululemon.

Cork is also a fascinating alternative. Even though cork leather is derived from the cork tree, no deforestation is necessary since the process of extracting the bark can be done without killing the tree. The result is a durable material sporting unique tree rings patterns.

Pinatex, a pineapple-based product inspired by traditional Filipino weaving techniques, is also making waves. It takes the pineapple fibers, a waste product of the food industry, and transforms it into a sleek, durable fabric. Not only does this replace the harmful tanning of the animal-based leather, but it also reutilizes a waste product that may otherwise have been burned, saving tons of CO2 from the atmosphere.

These creative plant-based fabrics, sometimes collectively known as man-made celluloid fibers, are among the most environmentally-friendly products on the market today since they are biodegradable and don’t require massive energy or chemicals to produce.

Some sustainable leather alternatives can be pricey, but they tend to last longer than plastic, which can mean more bang for your buck long-term. Of course, vegan alternatives to leather don’t always emulate the feel of leather at all, but instead mimic the function. Vegans are known to sport a hemp belt or canvas shoes – all cheaper and more accessible alternatives.

Animal-based leather also has a serious ethical concern, irrespective of the environmental impact. Animal-based leather requires the death of cows and the theft of their skin. Cows are known to be incredibly social animals, capable of making best friends and becoming anxious when separated from friends and kin. Cows enjoy play as much as dogs. Since leather is a subsidiary product of the meat industry, leather goods are usually taken from cows killed as young as one year old, less than five percent of their natural lifespan (akin to a human dying at age four).

To view animals as products is to deny them autonomy, personality, and individualism – all qualities that cows demonstrate in spades.

It’s extremely difficult to make every clothing choice ethical and sustainable in an economy built on cheap and polluting products.

Animal-based leathers have the potential to destroy rivers and the atmosphere through corrosive chemicals, while plastic alternatives have fewer carbon emissions but contribute to a growing microplastics problem.

Some solutions are obvious — buy less clothing. Saying no to the whims of the fast fashion exploitation machine gives less power to their exploitative and unsustainable methodology. Buying thrifted, secondhand or upcycled clothing are all ways to reduce our consumer impact.

Veganism, sustainability and conscious consumption are all just tools that can be used in tandem to minimize your impact. Becoming more aware of the hidden problems behind your clothing purchases — both environmental and ethical — are one way of nudging the world towards becoming a kinder place.