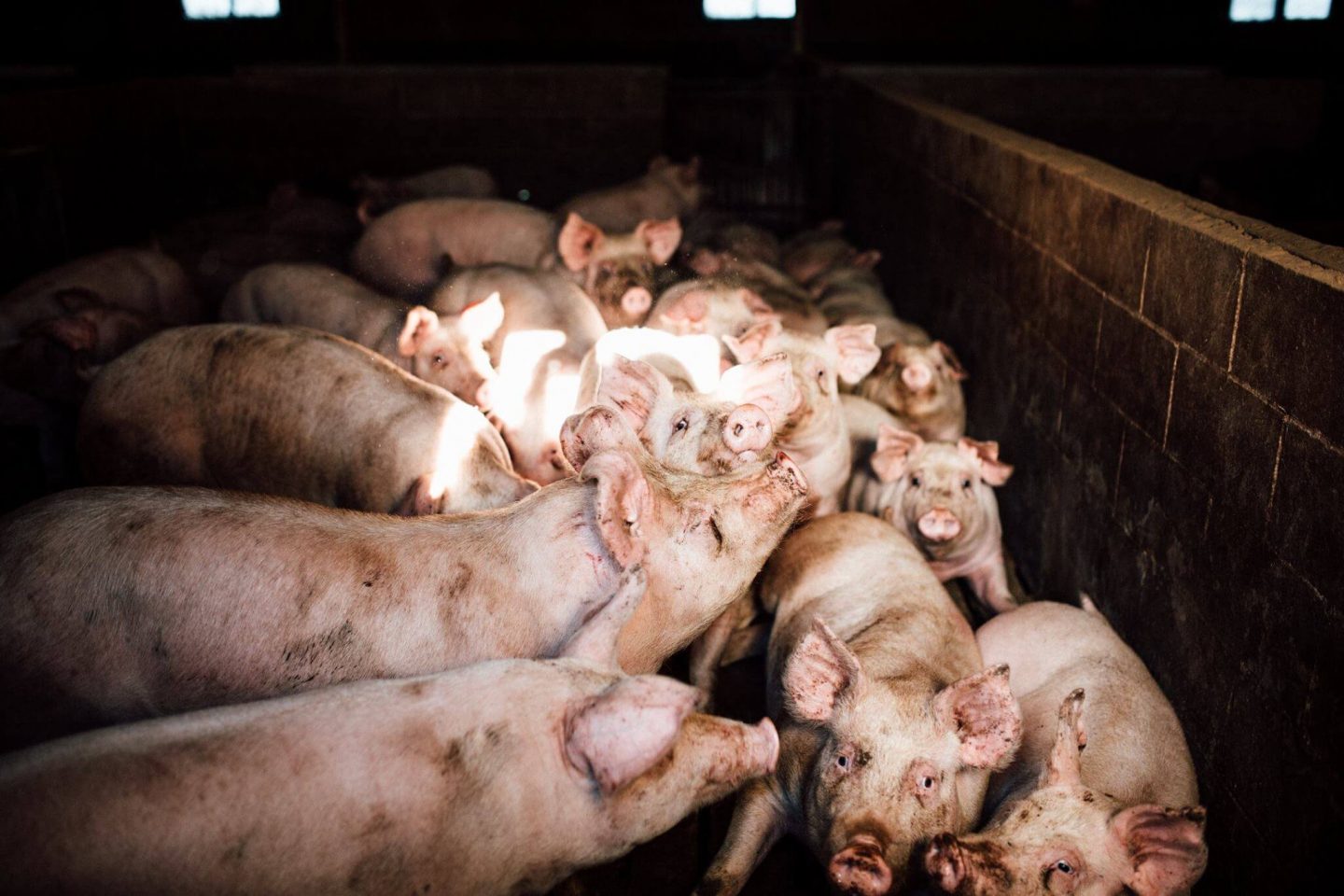 Dog for Dinner: Blasphemy or Hypocrisy?

Stories about the mass culling of farmed animals due to COVID-19 have been making the rounds on social media for weeks. Massive sheds packed tightly with pigs are being filled with hot air, cooking them to death. Chickens and mink are being crammed into gas chambers by the thousands, exposing flaws in our animal farming system like never before. But one recent story of two live chickens found at a landfill in Manitoba, Canada, among piles of dead, has raised a new question: What happens when mass culling techniques like gassing don’t work? Dr. Jonas Watson, an award-winning veterinarian based in Manitoba, has some answers.

In a July 8th Facebook post, Winnipeg Chicken Save, part of the global Animal Save Movement, provided important context to the story of the two chickens found at the landfill, who are now safe at a local animal sanctuary called The Good Place.

Egg farms have been mass culling chickens throughout Manitoba due to COVID-19,  from restaurants not needing eggs. Chickens are killed en masse from gas suffocation, corpses thrown onto a truck and dumped at a landfill. Yesterday afternoon, after another dumping of a truckload full of murdered chickens, a friend of The Good Place/Employee noticed a chicken standing under a nearby shelter. Terrified and alone but alive.

The landfill employee contacted local animal rescuers, who went to retrieve the chicken, now named Lola, only to be called back later that day for a second, now named Phoenix.

Dr. Watson does not consider gassing to be a humane form of euthanasia, although it is still an industry-standard practice. According to him, there are many variables at play that could lead to an animal not dying when gassed, “including inappropriate gas concentration, inadequate gas flow rate, inappropriate numbers or sizes of animals in the chamber, and insufficient duration of gas exposure.” Indeed, in one undercover video captured by PETA in 2016, a fur farm worker gassing minks in a metal drum describes how one animal stayed alive for twenty minutes by hiding under carcasses in pockets of clean air.

For animals who endure gassing, which works by replacing oxygen with either CO2 or nitrogen causing asphyxiation, suffering is almost certain. “Gases used to kill chickens commonly cause head shaking, gasping, and convulsions prior to the cessation of electrical brain activity,” says Dr. Watson. And pigs killed with gas, he says, “very likely experience fear and stress, and possibly physical pain, as evidenced by squealing, open-mouthed breathing, changes in heart rate, incoordination, and efforts made to escape.” He can only imagine what it would be like for those animals who don’t die.

“These chickens survived being gassed, buried among their sisters, transported, dumped in a landfill, then managed to climb their way out through corpses and were spotted by humans who wanted to help, not hurt them,” reads the Winnipeg Chicken Save post.

So why is gassing an approved method of mass depopulation on farms? Dr. Watson says, “despite evidence of animal distress and aversion, inhaled gases continue to be administered because the benefits are perceived by industry to outweigh any welfare concerns associated with their use.” In other words, it’s simply convenient. “Gases like CO2 are readily available, inexpensive, usually fast-acting, less psychologically-traumatizing to use by the humans involved when compared to alternative methods, and do not leave toxic residues in animal tissue from which food is produced,” he says.

There are also no laws in Canada overseeing the treatment of animals on farms, with standard farming practices typically exempt from any federal and provincial animal cruelty laws. The voluntary, industry-created code of practice regarding mass depopulation on poultry farms requires that all birds be confirmed dead before disposal. This “rule” is not always honored. Time and again, even before COVID-19, investigators visiting these farms find animals in dumpsters still alive. As a result, piles of unprofitable, dead and living animals continue to be dumped in landfills like trash.

Dr. Watson does believe, however, that the general public is slowly waking up to the truth about animal gassing. “Despite how frequently gases like CO2 are used to asphyxiate animals, concerns by the public about the humaneness of this approach are increasing,” he says. “As such, a society genuinely concerned with the welfare of its animals would be wise to evaluate alternative methods when faced with the task of killing large groups of animals.”

Or, perhaps more visibility and transparency around these mass killings will prompt consumers to reevaluate why the food system requires entire sheds of animals to be killed to begin with.