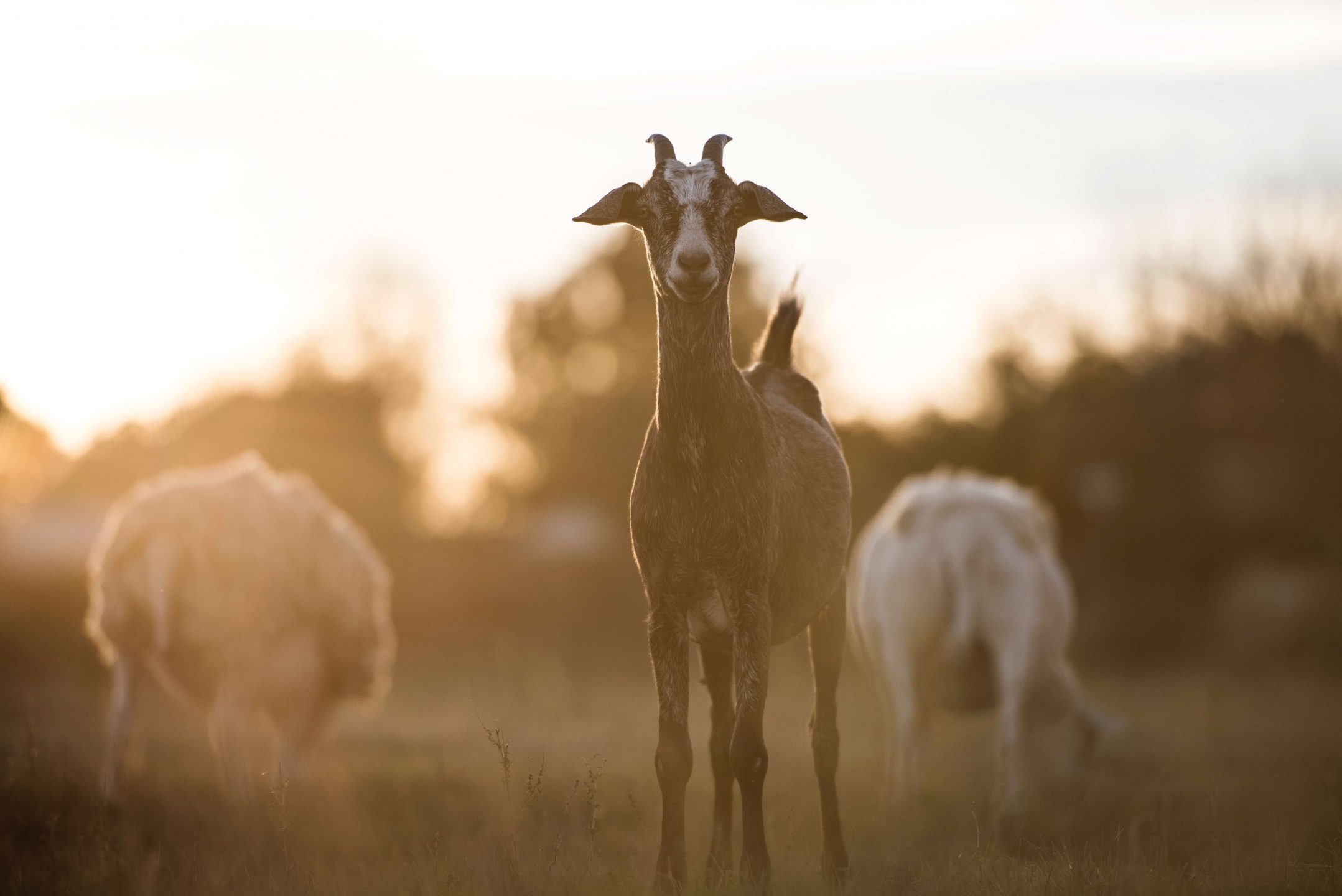 We all have questions about why we are the way we are. Animal rights icon Melanie Joy has a few for why we treat animals the way we do in Why We Love Dogs, Eat Pigs, and Wear Cows: An Introduction to Carnism (Conari Press 2011). Full of real, powerful portrayals of human behavior, this book is worth revisiting almost a decade after its first publication.

Humans are rather curious, the way we eat some animals and not others. In the book, Joy gives this phenomenon a name–she calls it carnism, a term now widely used to describe the world’s obsession with eating meat. But really, carnism can’t be explained away as a passing phenomenon. It’s bigger than that. It has deeper roots. At this point, carnism is a full-fledged belief system.

Why do we eat pig, but not squirrel? We eat rabbit, but not a guinea pig (except in cultures that do). If you’re a new vegan, you might have had an uh-oh moment sitting on a leather couch recently. Why on earth do we skin cows and dress our furniture in their hide?

The fact of the matter is that there’s an entire industry of cruelty behind each animal product that makes it onto shelves. And behind that industry, there’s an entire world of pain and complacency. Blame it on carnism.

Meat eaters don’t eat pigs just for the hell of it. Carnism, the belief that it’s okay to eat some animals but not others, plays a huge part in everyday decision making. Carnism tells us what we can and can’t eat, according to an arbitrary set of rules. No one knows why carnists eat pigs, they just think they can.

The scary part is that carnism doesn’t act alone. Cultural norms like carnism continue to inform consumer behavior today, which supplies factory farms with “reasonable cause” to treat animals the way they do. The cycle is toxic, and it can’t be left alone.

There is collateral damage to carnism’s savage hold on the human spirit. And so, the most logical response from its conscienctious objectors–vegans, vegetarians, and anyone trying to break the cycle and eat less meat–is compassion. By compassion, I mean love for all life instead of just some life. For most of us it’s easiest to describe carnism by this phenomenon instead of its toxic cycle.

Contemplative eating is the only way we can combat carnism at ever turn. Call it veganism, vegetarianism, environmentalism, ethics, or just better decision-making, the movement away from carnism will require everyone to ask themselves how they got here.

I know, most of us don’t want to start here, but according to Joy, we have to address the reality of the present. We have to start at carnism because it’s still the way things are. Like it or not, carnism is the dominant narrative for the majority of human beings’ relationship with food.

“It’s just the way things are.” Hold on, Joy says. The way things are is not the way they have to be, especially when so much of our belief system around animals and food was fed to us—literally, like on a spoon, and figuratively, on labels and restaurant menus. For hundreds of years, big meat and dairy companies have employed the help of the federal government to promote their products.

For the past 25 years, the effects of carnism on human health, animals, and the environment was no secret. Carnists pressed on, unwilling to release their grip on our appetites.

Once meat eaters take a step back and reexamine their relationship with the animals they love, and then pause to consider the animals they eat, the absurdity of carnism will present itself. Carnism is responsible for the death of billions of animals per year in the U.S. alone, yet almost 10 years after the publication of this book, compassion is still missing from most of the supply chain.

Having your meat and eating it too is one thing, but not realizing what you’re doing is another. This logical gap in the dietary fabric of the average American is nothing short of crazy. Their unwillingness to accept responsibility as a consumer that is promoting an entire industry of violence drives at the fiery underbellies of vegans everywhere. How… HOW does this happen?!

“The answer is quite simple,” Joy writes. “Carnism.”

Billions of animals suffer at the hands of carnism every year. But Joy is quick to point out that the industrial food system has its human victims, too.

“They are the human animals. They are the factory workers, the residents who live near polluting CAFOs, the meat consumers, the taxpayers. They are you and I. We are the collateral damage of carnism; we pay for it with our health, our environment, and our taxes—$7.74 billion a year, to be exact.”

Slaughterhouse workers spend hours on the floor, covered in blood and grease, watching animals lose their lives by the thousands right in front of them every day.

On and around factory farms, workers and community members are exposed to noxious gases from animal waste. Many suffer from serious respiratory disease, reproductive dysfunction, neurological degeneration, seizures, and comas.

And all the while, 300 million Americans eat meat. But meat eaters fall victim to their own game. They’re unknowingly fed hormones, antibiotics, pesticides, herbicides, fungicides, bacteria, viruses, and animal waste—all so they can eat meat. They, too, are the collateral damage of carnism.

We can refuse the violent system that is carnism today, and we can do so with compassion. Just look into the eyes of a calf and tell the person standing next to you that you don’t care whether or not that defenseless animal dies. You’re not cruel. You just can’t.

Most people in America would rather go vegetarian than kill their own animals for food. That fact should be seared into every meat eaters brain. We do care, all of us. Compassion is not about learning a new skill. It’s about unlearning carnism.

When we care about the lives of animals, sometimes we care so much that we have to look away. Other times, we care so much that we’re compelled to bear witness, to go deeper, to get involved. Carnism isn’t unlearned until we “witness the truth of carnism while witnessing ourselves.” As Joy puts it, we need to show ourselves as much compassion during this process as we show animals.

Spoiler alert. The answer isn’t always as complicated as it seems. Why We Love Dogs, Eat Pigs, and Wear Cows is an beautiful ode to one of the most infuriating parts of the human condition—the part that needs changing.