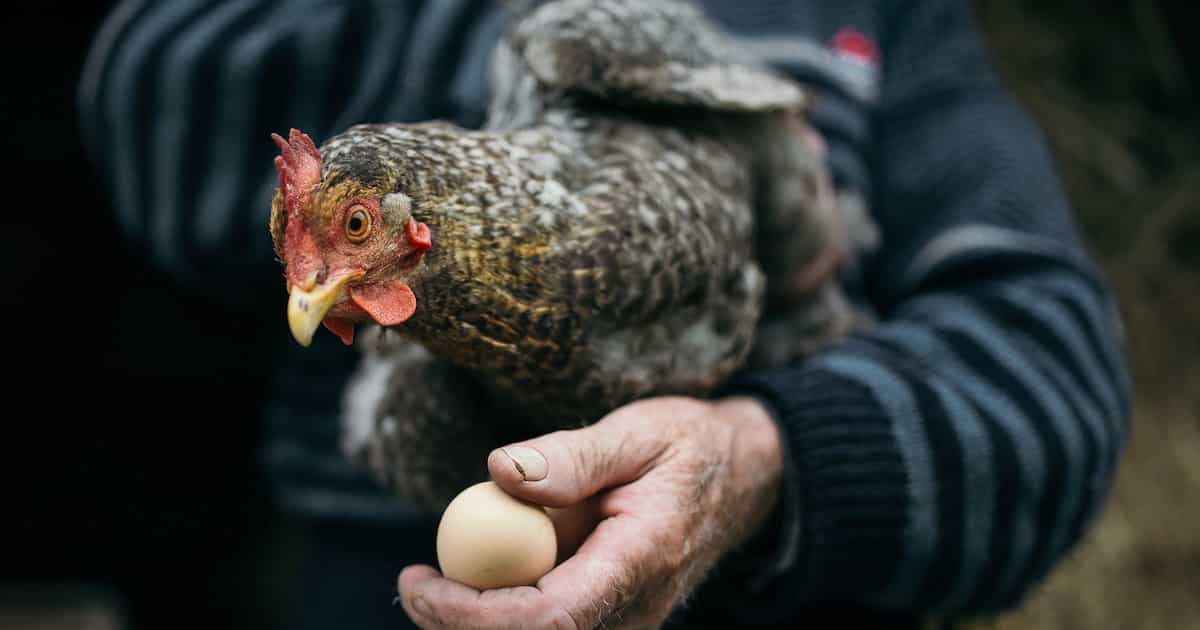 Chicken farmers have been organizing and sacrificing their livelihoods to speak out about how far big businesses will go in their search for profits. Because of these farmer advocates, we know that people who raise baby birds for human consumption are trapped in an unfair system that makes life miserable for them, as well as for the birds.

Modern-day serfdom, feudalism, and indentured servitude are the striking terms that are used by farmers and people in the know to describe the contract system that produces 90 to 95 percent of chicken meat in the United States. Most chicken farmers have very little control over how they run the farms they own.

Understanding how the chicken farming industry operates is essential to understanding how meat is made in America—the system of contract farming is also how many cows and pigs are raised for beef and pork. The story of chicken farmers in the United States is a cautionary tale about the dangers of market consolidation, something that was feared by farmers across India when they began protests in 2020 that are still going on. Keep reading to learn about the lives of the people who produce the most popular meat in the world, of which the United States is the top producer.

What Is a Chicken Farmer?

What Does a Chicken Farmer Do?

Because of the enormous power of poultry companies, the chickens, feed, and equipment for chicken-raising are owned by the company, which also decides on the farming methods.

The farmer pays for the land, equipment, and labor that are used to raise the birds, but not the birds themselves. To fund their operations, farmers take on significant loans. For example, to build a chicken house, a typical loan is expected to take 15 to 20 years to repay.  Farmers may also employ and oversee year-round farm workers to run their chicken houses.

To take care of the chickens, farmers must tend to their food, water, and shelter. Maintaining the farm also means cleaning up waste and getting rid of dead or sick birds.

There’s no specific level of education required to be a chicken farmer, but there are many skills that a good chicken farmer requires. For example, farmers may need to be able to identify breeds of chickens, take care of newborn birds, identify when chickens are sick or dead, read and follow directions for feeding, maintain the facilities that house the chickens, and even understand how the farm can contribute to water pollution. As in most workplaces, having good teamwork and communication skills and the ability to follow basic health and safety rules are a good start.

The working conditions in poultry farming are hard. The smell of ammonia is so strong in a chicken house that farmers may wear respirators. The lack of control that farmers have over their feed quality, animal health, and the payments they receive from one flock to the next often means they experience significant mental anguish. And to make things worse, poultry companies have retaliated against farmers who have tried to organize or advocate for better working conditions.

Farm operations work seven days a week, and sometimes 24 hours a day, beginning with feeding in the early morning. Throughout the day, the farmer or their staff will visually inspect the chicken houses, dispose of dead chickens, and make sure that the feed, water, and cooling systems are working. Work would ideally cease in the evening when it is time to go to bed, but taking care of animals can be a round-the-clock job.

In between flocks, farmers have downtime when they can clean and do other maintenance work on their facilities.

How Much Money Does a Chicken Farmer Make?

The uncertain pay from flock to flock makes it hard for a chicken farmer to know how much they will make in a given year. As a result of the vertical integration of the supply chain in a highly concentrated industry, most people (71 percent) who subsist on chicken farming alone in the United States earn poverty-level incomes.

Vertical integration is a business term that means companies running many aspects of a single supply chain from production to retail. In the case of poultry farming, it means that chicken farmers are paid by how efficiently they grow chickens, keeping costs down throughout the supply chain. Meanwhile, the poultry companies require that farmers purchase equipment and chicken houses from them. The companies off-load the less profitable aspects of the poultry business to farmers.

Rural Advancement Foundation International (RAFI) advocates with contract chicken farmers to reform the unfair contract farming system. They point out that the income range of a chicken farmer can vary drastically from year to year. Some factors for income changes include whether there has been a disease outbreak, or how well-competing farmers did in the zero-sum, tournament system of payment.

Poultry companies also intermittently coerce farmers into incurring additional unexpected expenses to upgrade machinery and housing for the chickens. In comparing estimates of projected income from a company loan, RAFI found that promotional materials provided by major poultry companies indicated an average yearly net income for farmers of $33,144.28, but using farmers’ own estimates of their costs, based on experience, that income figure was negative, at $−10,155.72 per year.

In another report, the median net farm income for poultry farmers was about $17,862 per year in 2019, according to the USDA and The Transfarmation Project, a project led by animal welfare advocates. In 2018 that number was $13,140. Most farmers’ household incomes were supplemented by other work.

Farmers are reportedly paid about five to six cents per pound of chicken raised, or about 5 percent of the amount paid by consumers for a chicken. With such low rates of compensation, typical poultry farmers live “flock to flock or paycheck to paycheck,” as Christopher Leonard puts it in the film “Under Contract”.

Net income per house is about $3,000 to $10,000 per year, during the time that the houses are still operating under loans, per thePoultrySite.com. Despite this net income per house, typical chicken farmers live in constant debt due to demands put on them by poultry companies. Chicken farmers are typically powerless in payment negotiations with those companies and highly vulnerable to bankruptcy.

What Is a Day in the Life of a Chicken Farmer Like?

One daily task for chicken farmers and their staff is to walk through the houses where the chickens are kept, to identify and snap the necks of sick birds. After picking up dead chickens, farmers then compost or burn the dead birds and are responsible for taking care of the waste that the birds generate. Another task is to make sure that automatic feeders, waterers, fans, and other equipment are working as planned, following the instructions of the poultry company. Sometimes they have to make sure that the water contains low-grade antibiotics. Depending on the type of chicken farm, farmers may collect and prepare eggs to be sold to companies.

After a chicken farmer has raised a flock of chickens, the birds are picked up and carried to the next step in the supply chain, so they can end up in a $5 rotisserie chicken package in a big box store, or a crispy chicken sandwich. The abuses of the big chicken companies against farmers are well-documented—for starters, see books like “Grilled” by Leah Garces, “The Takeover” by Monica Gisolfi, and documentaries like “Super Size Me 2”, and “Cock Fight”.

Even President Biden named the excesses against chicken farmers in a broader executive order promoting competition in technology, healthcare, agriculture, labor markets, internet services, transportation, and banking and consumer finance. The order strengthens the enforcement of existing laws meant to protect against predatory contracts and monopolies. Yet administrative rules can be reversed when a new president enters office, and policy change is only as strong as the cultural forces that support its implementation.

A 2019 article by Chris McGreal quotes Tim Gibbons explaining that a handful of multinational corporations monopolize the food system: “They are vertically integrated, from animal genetics to grocery store. What they charge isn’t based upon what it costs to produce, and it’s not based on supply and demand, because they know what they need to make a profit. What they have done, through government support and taxpayer support, is to intentionally overproduce so that the price stays low, sometimes below the cost of production. That kicks their competition out of the market. Then they become the only player in town.”

Gibbons, whose organization supports independent farmers in Missouri, goes on to say, “The thing that is really pervasive about it is that [corporations] control the rules of the game because they control the democratic process. It’s a blueprint. We’re paying for our own demise. It would be a different argument if it was just based upon inevitability or based on competition. But it’s not based upon competition: it’s based upon squelching competition.”

At some point, however, there is a competition for your dollar, your attention, your vote. Where do you fall on the food chain and what do you want democracy to look like?

To learn about one effort to support more respectful, less violent practices all along the supply chain, explore the Food Chain Workers Alliance website. It offers a vision of how advocates for animal welfare and economic, health, environmental, and racial justice can support the rights and working conditions of farmers and farm workers. The Rural Advancement Foundation International’s Challenging Corporate Power program also offers an action alert newsletter and a documentary to help farmers—including chicken farmers and farmers of color—better navigate a food system that seems at odds with their well-being.