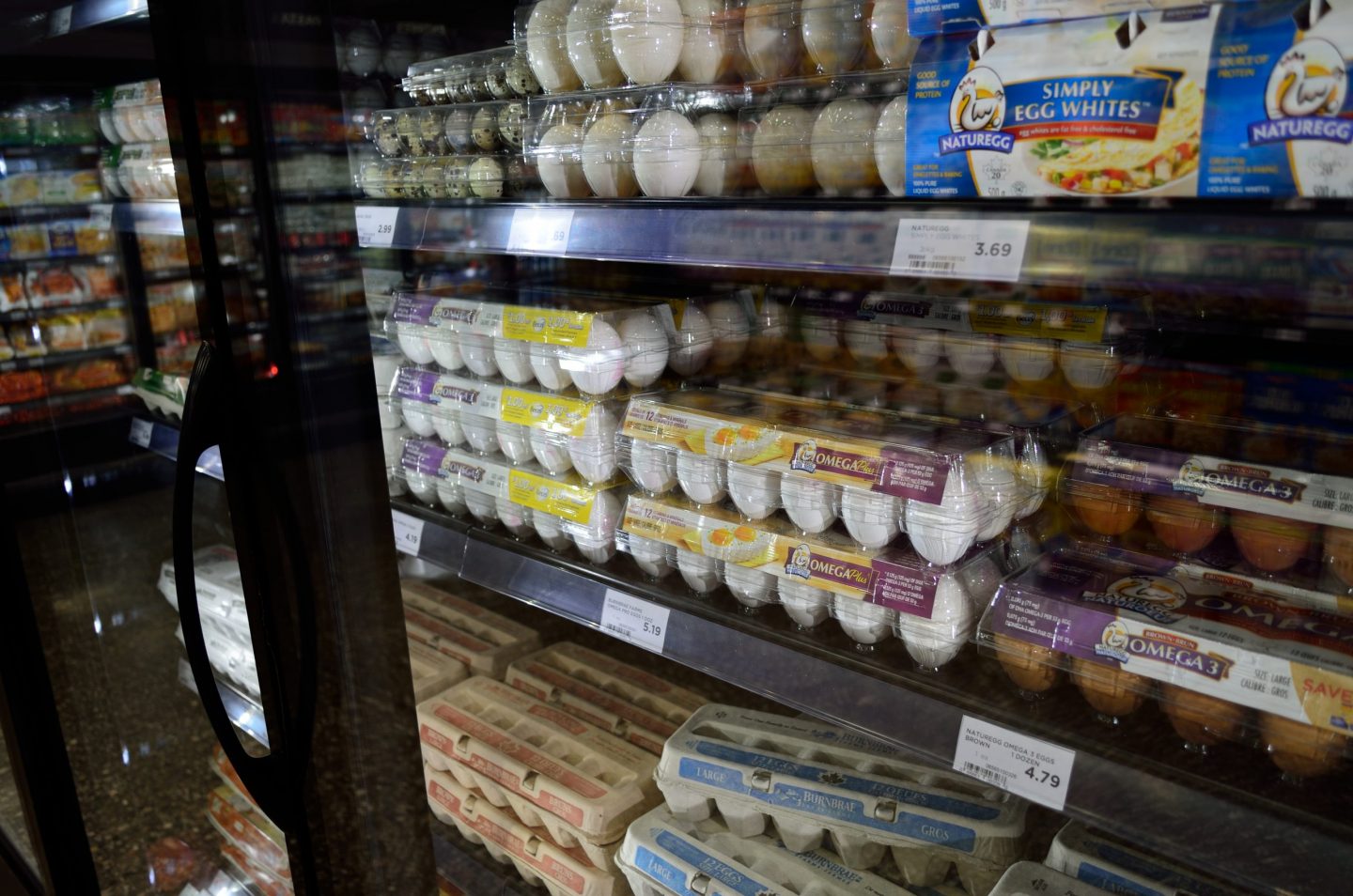 How to Fact-Check and Verify Sources for Animal Rights Reporting

Of all the chilling scenes featured in the new documentary Hogwood: A Modern Horror Story by UK vegan charity Viva!, one keeps haunting me. It isn’t the scene of a pig on Hogwood Farm being cannibalized by pen mates while still alive, nor the ones of dead animals left to rot in cages and barns (though those give me nightmares too). It’s the one of veterinarian Roger Blowey who, after being shown Viva!’s footage of Hogwood by a television journalist, says, “To me, it’s a normal commercial farm. To me, no definitely not a vision of hell.”

Between 2017 and 2019, Viva! conducted four investigations into Hogwood Farm in Warwickshire, UK, exposing horrific abuse and neglect of pigs. Last year, Hogwood was finally dropped by Red Tractor, the UK’s biggest farm assurance scheme. These schemes promise high animal welfare standards and environmental protections and began appearing globally in the past couple of decades as a result of higher levels of public concern over health and welfare issues related to farmed meat.

Products bearing the Red Tractor logo are supposed to give people confidence that the food is certifiably British and, as Red Tractor says on its website, “has been produced safely for human consumption, been responsibly sourced and that the crops and animals have been well cared for.” The Hogwood documentary, presented by Game of Thrones actor Jerome Flynn, is an account of how the Red Tractor and supermarket chain, Tesco, which stocked Hogwood’s meat, failed for years to act on the evidence.

The documentary is not about poor conditions on a single farm, but how such conditions are rife in the meat industry. Hogwood is also a reminder that the promises of farm assurance schemes should not be taken at face value by customers. In addition to Red Tractor, the UK has RSPCA Assured, a farm assurance scheme run by the country’s biggest animal protection charity, Lion Eggs, Quality Meat Scotland, and several others—between them, covering the production as well as the processing and packing of farmed animals, including fish. If you’re in the U.S. you may recognize labels from schemes like Certified Humane, Animal Welfare Approved, and American Humane Certified, which have varying welfare standards that their farms are supposed to uphold. Activists have uncovered several alleged breaches of these “humane” standards at farms in the U.S. too.

But what does being “certified humane” even mean? With so many failed farm assurance schemes around, why does it often fall to animal welfare activists to expose abuse and neglect at certified farms? And are these schemes doing enough to address problems when they are shown evidence that one of their farms is failing to meet welfare standards?

“Assurance schemes are good in that they ensure the farms are visited,” says Phil Brooke, Research and Education Manager at Compassion in World Farming (CIWF). “Red Tractor’s problem is they don’t do enough unannounced inspections.”

While Red Tractor introduced a new risk-based inspection regime in 2018 to increase unannounced inspections of farms that have been flagged as a “reputational risk,” its inspectors typically don’t do many unscheduled visits on its thousands of certified farms. According to an article in Farmers Weekly, Red Tractor claims this is because “there are significant practical issues associated with turning up to a farm unannounced—ranging from simple access to the farm and the farmer/farm manager not being available, to health and safety and biosecurity concerns.” Yet, many other schemes carry out higher numbers of unannounced inspections on top of scheduled ones. RSPCA Assured, for example, aims to do unannounced visits on around 30 percent of its 3,700 certified members.

Farm assurance schemes don’t just come down to whether or not the farmer is given advanced warning of inspection; it also matters who is doing the inspecting. According to Tony Wardle, director of the Hogwood documentary and Associate Director of Viva!, the problem with Red Tractor, in particular, is a lack of independent oversight. “Red Tractor was started by farmers,” he says. “It’s administered by farmers through the National Farmers Union. It’s a bit like having your health monitored by Procter & Gamble.”

Wardle believes that Red Tractor’s inspectors, like Blowey, don’t notice welfare abuses because those conditions—including cannibalism—appear normal to them. “To them, that’s how farms work.” Dr. Alice Brough, a former industry vet, also claims in the documentary that vets are paid for their opinions by the farmers, and farmers can simply choose vets who give favorable assessments.

Red Tractor’s apparent lack of independence is an issue that appears to exist in other schemes, too. RSPCA Assured certifies 150 (around 70 percent) of the open-water salmon farms in Scotland. Over the years, the salmon farming industry has repeatedly been accused of welfare abuses by campaigners. The RSPCA has two farmed salmon standards technical advisory groups that advise on welfare, but they are operated mainly by figures from the aquaculture industry itself, alongside one professor from the Institute of Aquaculture at the University of Stirling and a small number of RSPCA staff. “It doesn’t seem to me they have any independent experts,” says Dr. Lynne Sneddon, who is an expert in fish welfare and Director of Bioveterinary Science at the University of Liverpool. “I would like to see one or two independent experts who are not involved in the industry who have scientific expertise in the area to help drive forward these welfare issues.”

Activists don’t necessarily target farms that belong to specific schemes, as these operations don’t typically provide a public list of the farms they certify. But with 46,000 British farms boasting the Red Tractor logo, stumbling onto a Red Tractor farm is not difficult. Viva! says it has uncovered breaches of Red Tractor’s minimal animal welfare standards on every farm it has investigated. Whenever they have flagged these issues with Red Tractor, the response has been dismissive. “They always say, ‘We’ve inspected the farms and found nothing wrong,’” says Wardle. “They never say, ‘We’re very concerned about this, come in and talk to us.’”

If you were genuinely concerned about animal welfare, and someone came up to you and said, “Look at this, it’s appalling,” you wouldn’t dismiss it. You would want to go through the evidence.

The way some schemes deal with complaints against particular farms or particular practices they employ also lacks transparency. Sneddon recently asked RSPCA Assured and the Scottish Government why they were allowing the use of thermolicers—mechanisms for administering a hot water treatment to remove sea lice from farmed salmon—when the heat is painful for the fish and results in high mortality, in breach of the Animal Welfare Act and RSPCA Assured’s commitment to ensure farmed animals are free from pain. RSPCA Assured gave an unsatisfactory public response. “They defended themselves in the media,” says Sneddon. “What they said is, it’s better for them to be involved with the industry because they’re pushing for better welfare…I’d like them to review any treatments that could potentially be painful to salmon and deal more directly with particular issues when they arise.” Campaigners from groups like Scottish Salmon Watch have found RSPCA Assured to be similarly vague when responding to specific welfare and mortality issues. Sneddon says she is glad that the RSPCA tries to improve farmed fish welfare because it is out of sight of the public, but she adds: “You have to wonder how much suffering and mortality keeps going on while [RSPCA Assured] actually puts a label on that salmon and say it’s good welfare.”

Public backlash can certainly help to bring about more publicly proactive responses to failing farms. In one recent case RSPCA Assured did respond more directly to footage obtained by activists of poor conditions at a supposedly free-range chicken farm. After suspending and investigating the farm, RSPCA Assured reinstated the farm’s certification “with special measures.”

Meanwhile, since the Hogwood investigation concluded, Viva! has uncovered abusive practices at two further Red Tractor-approved farms. After Viva! organized dozens of demonstrations outside Tesco stores condemning the supermarket and Red Tractor for continuing to support Hogwood farm, Red Tractor seems to have learned its lesson. The organization has acted much more swiftly this time round, quickly suspending certification for the farms while it carries out its own investigation.

But is being told to do better really sufficient punishment for farms that breach welfare standards? At least in the case of Red Tractor, Wardle thinks that there aren’t more serious consequences (fines, for example), let alone effective action taken to improve conditions for the animals because, as Roger Blowey’s comments indicate, the problems are too widespread. Fixing farm assurance schemes means giving the animals the life that they simply can’t have on a factory farm. “If they admit there’s a problem, they’re in trouble,” says Wardle. “If you act on one farm you’ve got to act on them all.”