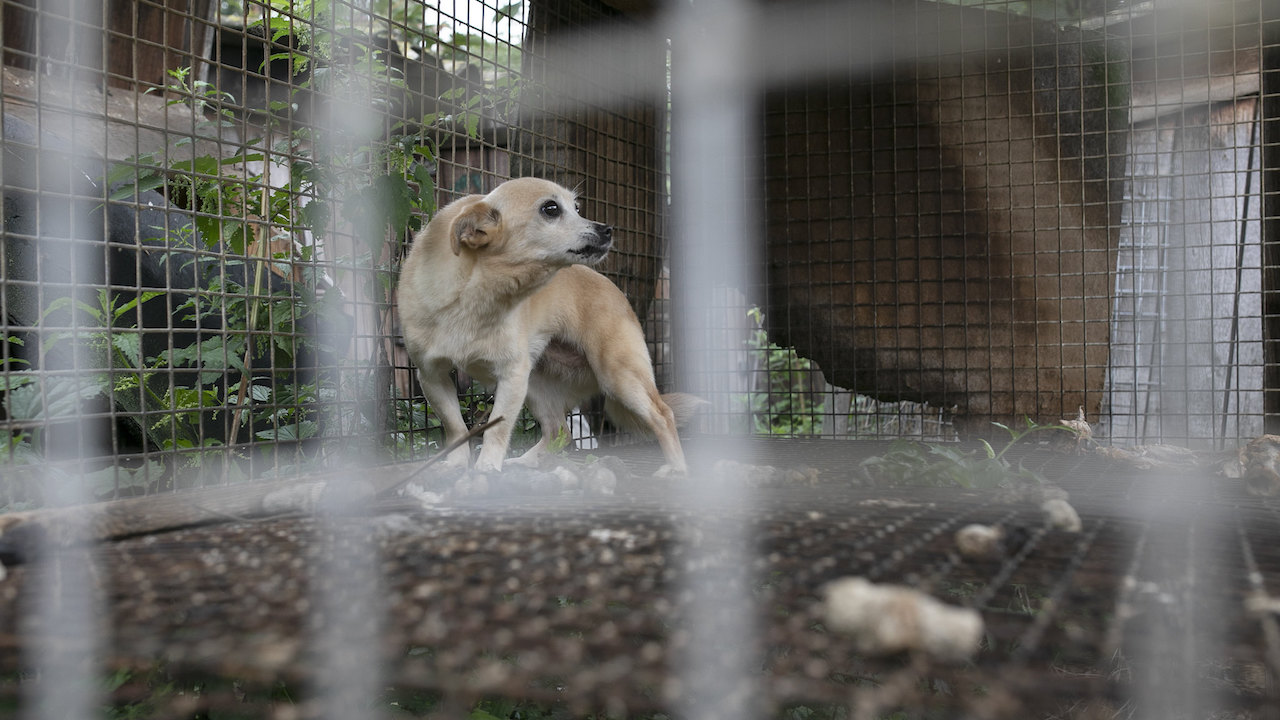 How You Look as a Meat Eater Protesting Climate Change

Open Cages investigated complaints of animal cruelty at the fur farm located in southwestern Poland – but what they found was shocking. Two of the farm’s cages had rotting corpses inside. The bare bones of the animals were visible through their disintegrating flesh.

“We were shocked,” said one of the investigators. “It was appalling to see the animals in so much fear and distress.”

In the video, foxes can be seen racing back and forth in their cages. Some of the dogs tremble as the investigators approach their cage, while others bark frantically in distress, their small paws painfully balanced on the thin, rusted metal wire.

During the first visit to the farm, six dogs and four foxes were saved and placed immediately into veterinary care. The activists returned to rescue more animals. Thus far, 21 animals have been saved.

Many of the animals were found in poor health. According to investigators, it is already clear that at least one of the foxes will need an amputation due to painful absecces on their foot.

But appalling conditions like this are not unusual in the fur industry. Each year, more than 100 million animals are raised and killed for their fur. On fur farms, wild animals spend their entire lives in cramped cages, deprived of the ability to engage in natural behaviors like foraging.

“For animals that are adapted to travel vast distances every day, living in a tight cage is torture,” said an investigator.

Investigators are still uncertain why dogs were being kept at the farm, or whether or not they were being slaughtered for their fur. The Independent reported that investigators were told by the owner of the farm that the dogs were there to scare off thieves, but it is unclear how they would do that while they’re locked in cages.

“Whilst it is outrageous to see beloved dogs kept in cages on fur farms, this is a reality for terrified foxes and minks daily – until they are violently killed and skinned for their fur,” said Connor Jackson, CEO of Open Cages.

The investigation will continue, hopefully until the farm is shut down.