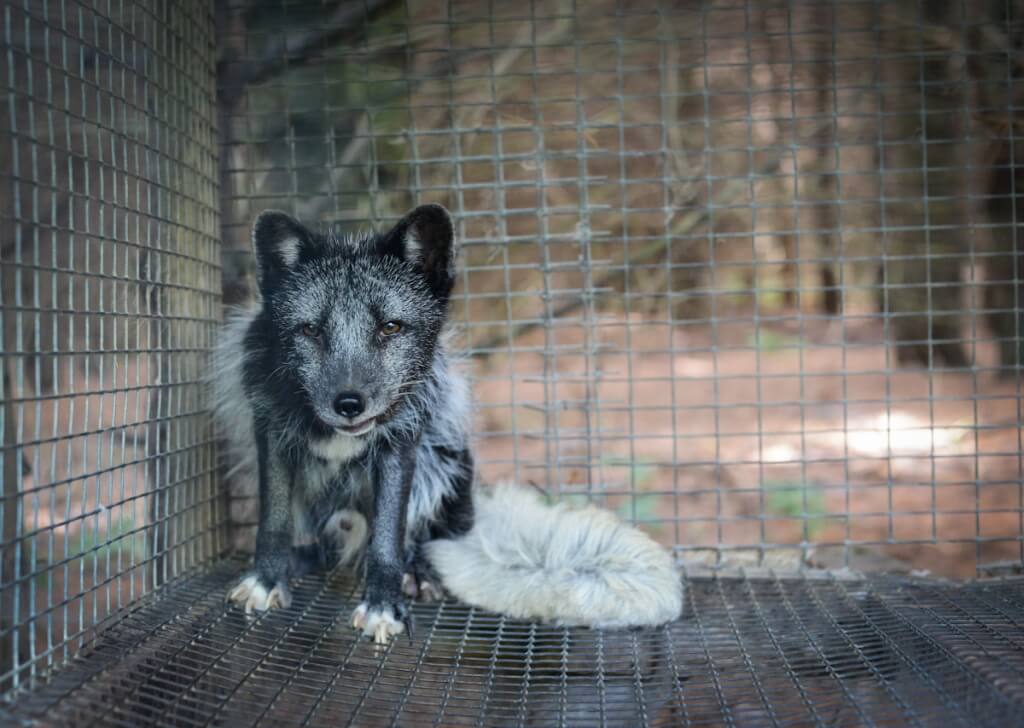 The fur industry is having an existential crisis. What started as a discussion over the ethics of caging and skinning wild animals is now a debate about the cultural identity of different religious and ethnic groups.

It’s a little odd, to say the least, that a debate over animal lives has come to this. Is the industry forcing the issue, or has their defensible turf been diminished so much that they have to resort to supporting arguments that disregard animals entirely?

For members of the African American, Orthodox Jewish, and Native American communities, going fur-free means sacrificing a bit of tradition, albeit one that’s easily replaced by an animal-free alternative.

But while more and more fur bans inch closer to law, opponents are raising unexpected questions about the implications of banning fur – and they’re being paid for it.

At a hearing in Sacramento last week, opponents of the proposed fur ban in California, AB 44, appeared before the Senate Judiciary Committee in a pivotal sixth hearing for the bill.

Several of the fur ban opponents who regularly appeared at AB 44 hearings to bash the bill received money in exchange for their testimonies, according to a report by The Intercept.

Matt Gray, a lobbyist representing Cal Small Biz and Taxpayers for Improving Public Safety, is one of the California fur ban’s highest-paid opponents. Gray received at least $7,000 from the Fur Information Council of America, a trade group representing companies that manufacture and sell fur products. He neglected to mention this sum before submitting comments to legislators at the last two hearings.

Gray was followed by a long line of students at the State Building last Tuesday who also received financial support for their activism, according to documents obtained by The Intercept.

“The worst part of this bill is that people from a privileged culture are telling people of my culture that our culture is inhumane,“ said Andrew Aguero, who identified himself as a Native American student at California State Polytechnic University.

Last month, Aguero posted on Facebook asking if anyone in Los Angeles wanted to “make an easy $100 in Sacramento and fight tyranny?”

Multiple students, including a volunteer for animal rights activist group Direct Action Everywhere (DxE) posing as an AB 44 opponent, replied to Aguero’s post. The DxE volunteer was then connected to another student, who provided a contract with Mobilize the Message, a Republican consulting firm, that provided the details of the transaction.

“You will be compensated $175 total for the program,” along with “additional opportunities and bonuses” for “top performers,” the contract reads.

The fur industry is facing an existential threat from a proposed ban in California and NYC. Suddenly pro-fur protesters have showed up, calling animal rights activists racist. But many pro-fur protesters are secretly being paid, documents reveal https://t.co/gOSxm7HXw3

“The fur bans in Berkeley, San Francisco, and now California are all being led by people of color,” said Wayne Hsiung, co-founder of DxE, to The Intercept. “And the anti-fur movement has incredible support from communities of color. As people who have experienced oppression, we know how important it is to challenge systemic of abuse – rather than clinging to outdated and oppressive traditions.”

But the fur industry isn’t just focussing its opposition on California. In New York City, which is also considering a ban on the sale of fur products, records obtained by The Intercept show that the Fur Information Council has contracted several influential lobbyists to defeat the proposed ban.

At a rally outside a City Council hearing in May, a series of chants from fur ban protesters and animal rights activists struck at the core of the debate. Protesters yelled, “Put people first,” and activists responding, “How many animals have to die?”

Animal rights groups Voters for Animal Rights and Fur Free NYC were joined by fashion icon Tim Gunn of Project Runway and Dan Mathews of PETA, who gave moving testimonies in support of the ban.

“We look forward to the day when people won’t kill animals for fashion – ever,” Mathews told WSJ.

Across the country, support for the fur ban is gaining momentum. On the morning of the hearing, over 100 animal rights activists showed up in force. They were joined by a group of 17 activists who arrived at the California State Capitol after completing a grueling 150-mile march from the Bay Area to ask California Governor Gavin Newsom to support the right to rescue animals from abuse.

After years of investigating factory farms, the group has seen zero response from government officials. AB 44 is their best chance yet.

If passed, AB 44 would ban the sale of all fur goods in California, carrying momentum from city-wide bans in the state’s two largest metropolitan areas, Los Angeles and San Francisco.

It’s well-accepted that animal cruelty and the fur industry are inseparable. Each year, more than 100 million animals are raised and killed for their fur. Wild animals spend their entire lives in cramped cages, deprived of the ability to engage in natural behaviors like foraging.

Mink and fox are considered the most common animals killed for their fur, but fur farming extends to many other wild animals. Chinchillas and rabbits, for instance, are frequently sought out for their fur.

“Animals that are used in fur products are only slaughtered for their fur. These wild animals, that have an innate desire to roam free, are kept in tiny cages,” said Assemblymember Laura Friedman (D-Glendale), who introduced the bill in December of last year. “This is not the way that we as Californians express our values.”

Animals on fur factory farms are killed in extremely inhumane ways – such as crude gassing, anal/genital electrocution, and neck-breaking – to preserve the quality of their pelts.

Nearly 90% of the fur on the open market comes from fur-farmed animals rather than wild ones. There are 275 mink farms in the U.S. alone, all of which together produce around $200 million in annual revenue, or 3,300 pelts a year.

In today’s fur market, more and more pelts come from overseas. In these cases, manufacturers have little to no idea how the animals are being raised.

“People will buy a garment, not really thinking about the source of the materials in the garment,” said Friedman. “They’re buying it because of the brand and how it looks.”

“In California, compassion is everything,” said Animal Hope Legislation founder Marc Ching, whose organization co-sponsored the bill, after AB 44 passed its first vote in the California Assembly by a count of 8-4 in March.

He believes California’s reputation as a world leader in animal welfare hinges on AB 44. “The fur trade cannot be allowed anymore,” said Ching.

“California is a trendsetting state,” said Friedman. “We’re the home of the entertainment industry and Silicon Valley. People look to us for fashion and for trends. [Banning fur] sends a message around the world.”

In Los Angeles, West Hollywood, San Francisco, and Berkeley, the sale of fur is already illegal, and fashion labels such as Prada, Chanel, Phillip Lim, Jean Paul Gaultier, Coach, Burberry, Gucci, and Michael Kors have joined thousands of designers in abandoning the use of fur in their products.

The statewide fur ban faces two more votes in the Senate before it is sent to Governor Newsom’s desk for signature.