It’s time we own how the vegan movement has supported the systematic racism that robs people in the global majority of their humanity.

It’s time we own how the vegan movement has supported the systematic racism that robs people in the global majority of their humanity.

This article forms part of the Encompass Essays: a new series written by farmed animal protection advocates who are committed to exploring and prioritizing racial diversity, equity, and inclusion (DEI) by creating a more just animal protection movement.

I’ve been an animal advocate for a decade, yet I only recently realized how prevalent racism is in the animal rights movement. It’s uncomfortable for me to admit that my ignorance means that I have been part of the problem.

Perhaps this realization is not a surprise to you like it was for me—which highlights my own bubble of white privilege, unknowingly oblivious to the struggles of others. I always assumed that animal advocates fight against the oppression and suffering of all animals (human and non-human), rejecting speciesist and racist ideals. After all, we are justice-oriented, right?

To me, it seemed an implausible paradox that we could be both advocates and racists. By virtue of being selfless and dedicated to alleviating the injustices animals endure, in many ways, I was in denial—detached from the reality of the racism I inadvertently uphold.

What was I missing?

I first became aware of the racism running through the animal rights movement when I attended a webinar by activist and author Dr. A. Breeze Harper that pointed out how anti-Blackness and systemic racism are embedded in animal advocacy. And more recently, I’ve seen perspicuous racism; as animal advocacy groups have spoken out against the oppression and violence towards Black people, I watched so many of our fellow advocates vehemently denounce ally-ship with Black Lives Matter.

This shifted something deep in me, causing me to reflect on how my complacent behavior—working to fight for animal liberation but leaving behind equity as the core of that work—was as misaligned with who I wanted to be in this world as when I had first learned about animal agriculture.

What I have learned and continue to untangle is that in the animal rights movement, we need to actively dismantle the normalization (and the centering) of whiteness—where white representation dominates and the voices of Black and Indigenous people of the global majority (BIPGM) are stifled.

And it’s not just animal rights work. Our society is inherently racist—unconsciously built on a foundation of white supremacy. White supremacy culture refers to the normalization of a dominant white culture that is perpetuated to maintain a hierarchy of power for white people. In other words, we live in a society constructed by and for white people that doesn’t afford BIPGM their human rights.

It is time we fully draw back the curtain on the prevalence of racism towards BIPGM in the United States and the animal rights movement.

Within the animal rights movement, most white advocates are well-meaning towards animals. Yet we also unintentionally bring our own implicit biases—anti-Blackness and other racist beliefs—into our animal advocacy work.

After the workshop that Dr. Harper presented, I started to look around at the people in my circles—my friends, neighbors, colleagues—and it was like, for the first time, I was opening my eyes to the startling throughline. Overwhelmingly, at meetings and protests and grassroots events, my colleagues in this fight were white. Why didn’t I see this before now?

While animal advocates intend to relay a message of compassion to a wide audience, this empathy and drive for justice does not always carry through to the humans that make up, or could make up, our movement to end the suffering of animals.

For too long, I believed I could be comfortable with the assurance of not personally being a racist, but—staggeringly—that isn’t true, and it isn’t enough.

Standing up to racism

As a movement committed to ending the suffering and exploitation of animals, we need to recognize that big changes are needed to ensure our ethics regarding animal liberation align with antiracism. Simply not being a racist will not move the needle far enough to break down the systemic racism that is harming, oppressing, and killing BIPGM every single day. And so white movement leaders must listen to the voices of BIPGM, and in so doing, decide what meaningful changes we will make.

Here is the outline of my plan to disrupt the systemic and institutionalized racism within the AR movement and beyond.

This is the hardest work, and where it all starts. With reflection and exploration of my own racism and implicit bias, I am learning how to be comfortable with being uncomfortable.

For me, part of white privilege (or whiteness) is largely benefiting from living in a society that does not present many challenges for those who look like me. Our society was specifically designed to maintain my comfort—including everything from easily finding bandaids that match my light-beige skin tone to the countless times I’ve had any and every neighborhood open to me to visit, live in, or go for a jog.

I must reconcile the lies I’ve accepted, the white-washed history books I was taught from (might I suggest you get your hands on a copy of Howard Zinn’s People’s History of the United States?), and the media’s derogatory spin on race. The truths I have based my decisions and beliefs on are fabricated for the sole purpose to reinforce white privilege.

The inclination for dominance and superiority is a nurtured complex that helps ensure white privilege and power are preserved, and it’s a default I’ve felt myself gravitate towards when my own values are challenged or confronted. By being able to put my finger on this and name this as a construct that enables racism, I can address it head-on and think critically about my response.

As I wrestle with every dimension of my whiteness that I can see right now, I discover that I have been perpetuating a system that harms humans simply based on phenotypic characteristics—the color of their skin, hair, and eyes. I need to dissect everything I think I know about race, superiority, and dominance, and then I need to start again.

I am analyzing what it means to be white, and the advantages it affords me—from everyday activities that I don’t have to give a second thought to (getting waved on without someone inspecting my purse at a concert) to situations that are safe simply because I am white (being pulled over for a traffic violation and then given no more than a slap on the wrist).

As I work through my understanding of these racial constructs, I am finding that it is important to create spaces to work through these ideas with other white people and to practice talking about whiteness. People of the global majority don’t need further trauma by supporting us in our identity exploration.

Put simply, we cannot dismantle something we refuse to recognize. I think many white activists, including myself, are deeply empathic—yet we struggle to process and accept the inhumanity and violence towards BIPGM, violence and harm which is inflicted by white people.

I can also use my position in animal advocacy to amplify the voices of BIPGM in situations where they aren’t being heard or valued. I can support their ideas, ensure their work is credited, and draw attention to their accomplishments. And more critically, I can and will amplify their voices in visible spaces that really matter, like in a group setting—not just within side conversations. For too long, my tendency has been to offer positive feedback only in a private chat after a larger meeting, but this is a missed opportunity to leverage the voices and perspectives of PGM.

For me, stepping aside also means using my leadership position to embolden others and critically analyze organizational policies through the lens of how they foster (or inhibit) an equitable, inclusive, and safe work environment. To achieve equity, white leaders can use our advantages to create equitable opportunities and access to power so no one is privileged at the expense of others.

This could be a scary thought when your world is colored by whiteness and insulated by the safety of power, but it is essential for the change needed. I acknowledge the power I inherited is based on violence, invasion, genocide, and enslavement; the time to reconcile these crimes is overdue. In the equation of power and race, we must truly aim for equity in which there is an equilibrium of power. This can begin by creating a civil and just society, which we all have the power—and obligation—to do.

This is where my activist heart gets to shine. It’s time to speak up and speak out. It is time to disrupt the systems of racism and normalized whiteness. And I don’t mean through surface-level #hashtags, the halo effect of being a performative ally, or feel-good gestures of solidarity.

I mean real talk, in white spaces—because that is the intended and necessary audience— about white privilege. And quite frankly, racism is a weapon white people created that white people need to vanquish. This is our work.

We need to choose courage over comfort when we witness racial injustice. This means saying something when we recognize that our organizations are exceedingly white and creating systems to change that, then holding ourselves and others accountable. We must lay down the guard of white fragility, and start listening—with openness and humility to BIPGM in our movement and our communities.

With self-reflection and deference to BIPGM’s lived experiences and needs; let’s talk about what it means to be an antiracist and what antiracist actions we can and should take. Because if we are not actively working against racism, we are encouraging it. There isn’t a middle ground. Silence and inaction enable racism.

I commit to using the power and authority I have in my personal and professional life to engage in discussions about antiracism with other white people. These can be difficult conversations to have, but the least we can do is to tolerate the discomfort and keep challenging the racism in our lives.

I will not always know what to say, and I am most certainly going to stumble. So I openly welcome feedback, as a gift and investment, as I learn. I have accepted what needs to be said to confront my own and other’s white fragility. It may be unwelcome, uninvited, and unfriended. But I’m here for it all.

And I can’t do it alone. This will take all of us together as a movement to create the widespread changes needed. White activists, I invite you to join me as I learn to get comfortable being uncomfortable in dismantling racism. Let’s start learning, listening, and doing better.

Many thanks to the intelligent, courageous, dedicated leaders in this vital antiracist work—including Aryenish Birdie, Michelle Rojas-Soto, Dr. A. Breeze Harper, and Jen Fry. They have provided valuable learning opportunities and have expanded my understanding of racism in our country and movement. Please explore the information they provide and support their work. 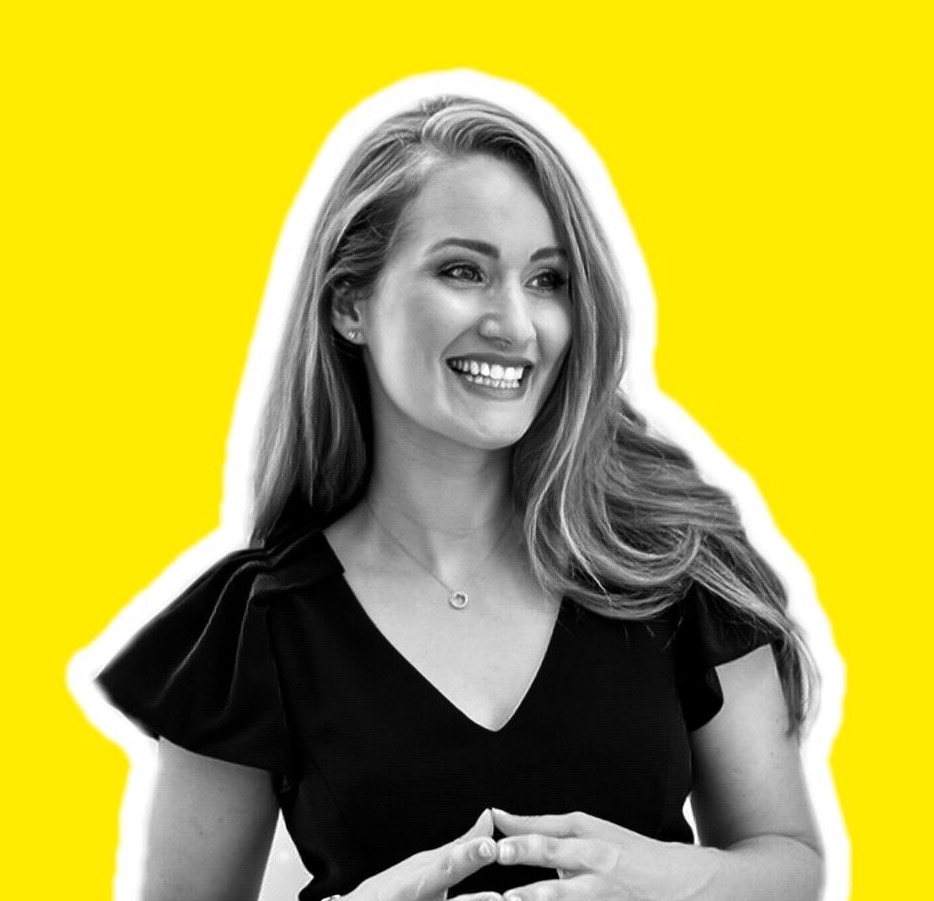 Rachel is an ardent animal activist making strides to open her eyes and heart to all injustices and currently works as the Vice President, Operations at The Humane League.