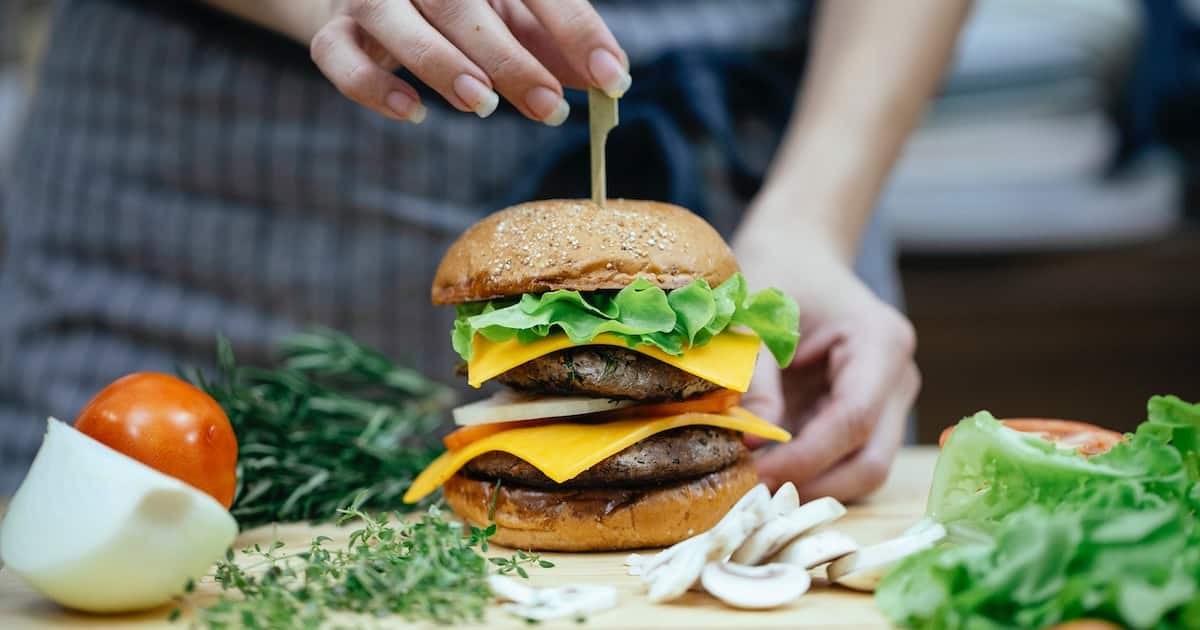 For many, the notion of farm-to-table eating is somewhat new. The trend evolved over perhaps the last decade, built around the desire to know where our food comes from and to eat as close to the source as possible. But despite its recent popularity, farm-to-table is actually a much older idea. With roots deep in the anti-processed food movement of the late 1960s, farm-to-table grew alongside other food movements that shared the same basic aspirations: to get back to nature and foster a new sense of community.

Today, however, the phrase ‘farm-to-table’ has evolved to mean something very different. In many instances, it is being co-opted by meat, dairy, and egg producers and retailers, who exploit the term for their own financial gain.

Dating back to the early 1970s, the first notable farm-to-table restaurant opened in Berkley, California: Chez Panisse, which still exists today. The opening marked the start of the hippy-led food movement which also came to include the organic food movement in the U.S. in the late 70s and the slow food movement in Europe in the late 80s.

Rutgers University describes farm-to-table, also known as farm-to-fork, as a food system focused on community, food security, close proximity, self-reliance, and sustainability. One of the goals of this idyllic system includes creating “marketing channels and processing facilities that create more direct links between farmers and consumers, and, by shortening the distance between these partners, conserve resources needed for transporting food.” The system is also a way for producers to signal higher animal welfare standards.

But most modern farm-to-table restaurants and retailers struggle to keep up with these standards. In an article for Vanity Fair published in 2015, journalist Corby Kummer discussed how even seven years ago farm-to-table had grown to become a mockery:

…the language and iconography have been co-opted by the very companies to which the movement was supposed to be an alternative — “farm washing,” as the practice is called. “It Begins with a Farmer,” a series of ads featuring pictures of wholesome-looking tillers of the soil, carries messages such as “A Mother’s Love Begins with a Farmer.” The sponsor? Monsanto, the global purveyor of genetically modified seeds (and scourge of farmers who resist them).

This is a story we are all being fed. A story about overalls, rich soil, and John Deere tractors scattering broods of busy chickens. A story about healthy animals living happy lives, heirloom tomatoes hanging heavy, and earnest artisans rolling wheels of cheese into aging caves nearby. More often than not, those things are fairy tales.

Yet, it appears this pastoral pretentiousness persists today–with added flavor. The widespread marketing of grass-fed beef, ethical dairy, and free-range eggs as “more humane” and “sustainable” further feeds into the broader idealization of where our food comes from. Except within this new food landscape, where pork simply makes its way from happy pig to awaiting plate, there is one important step that the farm-to-table movement routinely erases: slaughter.

In the farm-to-table fairy tale, all the hard-to-stomach details are removed. As Dena Shanker reports for Bloomberg: “Farm-to-table restaurants usually skip over just one small detail during these dramatic narratives. It’s arguably the most important step in the process, but few people want to think about slaughter when they’re cutting into their dinner.”

But not only does farm-to-table gloss over the most graphic portion of the animals-becoming-meat process, it also ignores the ripping away of newborn calves from their mothers for dairy, the chick shredding involved in egg production, and of course the eventual slaughter of all those laying hens and dairy cows, too.

There is also the key step involving transport, which is also often overlooked. Farm-to-table may sound like a quick trip, but in North America the vast majority of farmed animals can only be slaughtered at federally inspected slaughterhouses, travel to which can take hours, even days. As Shanker reports, for those farmers wanting to sell their meat as locally-slaughtered, “there simply aren’t enough facilities to humanely and safely kill their animals.”

According to Laurie Beyranevand, director of the Center for Agriculture and Food Systems at Vermont Law School, neither farm-to-table nor farm-to-fork are legally defined by the USDA. Though under state consumer protection laws, advertising cannot be false or deceptive. She says “the challenge in this instance is demonstrating what consumers believe these terms mean.” In other words, because farm-to-table likely lacks one universal consumer understanding, the term can be used broadly with little to no legal oversight.

The word ‘local’ also lacks much government oversight. Though it can imply certain things in some states (mainly that the food came from somewhere within that state), the USDA “has not established a uniform definition of local,” according to a Vermont Law School report.

This all leaves the door wide open for restaurateurs and retailers to use the farm-to-table fantasy to sell animal products to consumers who may believe they are paying for products of higher ethical, nutritional, and/or ecological value when they aren’t.

While there are some important merits to eating locally from an economical and food security standpoint, when it comes to animal-based foods it means very little. Research shows that overall, the ecological footprint of meat farmed down the road is still bigger than that of plant-based proteins flown halfway around the world.

And for the animals, they don’t really care that they lived on a green pasture half a mile from a restaurant (if that’s even true). They care about not being killed. Farm-to-table erases that part of the plot, which for them means everything.