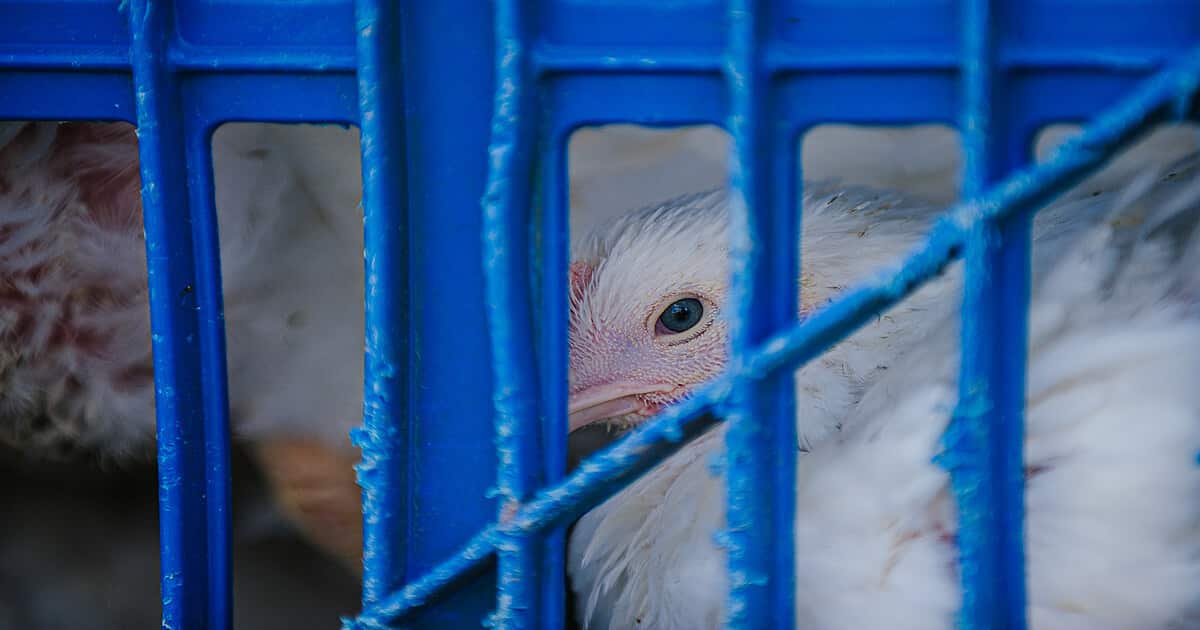 The evidence is clear that a plant-based diet is the best choice across a range of metrics, from its climate impact to land use to animal lives spared. Where fast food is concerned, there are particularly big gains to be made from people switching to plant-based versions of beef burgers, and while the climate gains from switching fast food chicken for a plant-based version are smaller, they come with a side of billions of chickens saved from lives of suffering, among other benefits.

Yet the argument that eating chicken instead of beef is the right climate choice persists. In June, Canary Media published “What’s the most climate-friendly way to eat? It’s tricky” by Michael Grunwald. The article acknowledges all the harms of industrialized chicken farming, but suggests they are acceptable trade-offs for a highly efficient system if the climate is your top concern in your food choices. It advocates for being an “informed hypocrite” who recognizes the trade-offs and makes decisions based on what you care more about — the climate, animal welfare, what tastes good etc. But in doing so, the article both justifies “carbon tunnel vision” and perpetuates a narrative that exploiting animals is an acceptable and unavoidable part of life.

Carbon tunnel vision is a phrase coined to describe the carbon-only focus of companies’ environmental strategies, and can certainly be seen in the realm of meat production and consumption with proposals for reducing methane from cows such as feed additives that fail to contend with the other problems associated with cattle. Grunwald condones this tunnel vision by framing climate action, animal welfare, and other environmental objectives as either/or propositions. Of course trade-offs exist, but the well-being and health of animals, ecosystems, and humans are deeply interconnected and will mostly need to be addressed together. Grunwald suggests that political and personal choices that prioritize one thing at the expense of another are basically inevitable, when actually in many cases, including food policy and choices, there are better, more holistic decisions that could be made instead.

Grunwald’s article is not aimed at those who have already gone plant-based for the climate, the animals or both, but at those like him who want to keep eating meat. The message is: if you’re going to eat animals, eat these ones instead of those ones. It’s meant to be a pragmatic approach to the fact that people like meat and they like fast food and won’t quit those things easily. But that doesn’t mean efforts to get them to choose even-better-for-the-climate plant-based alternatives should be abandoned, and challenging the idea that mass breeding and slaughtering of animals is just a fact of modern life is part of that effort. As plant-based eating and concern for animal welfare keep rising, now is not the time to tell people to double down on an inherently violent and polluting type of food production, but for climate advocates as well as alternative protein companies to capitalize on the growing awareness of its ills.