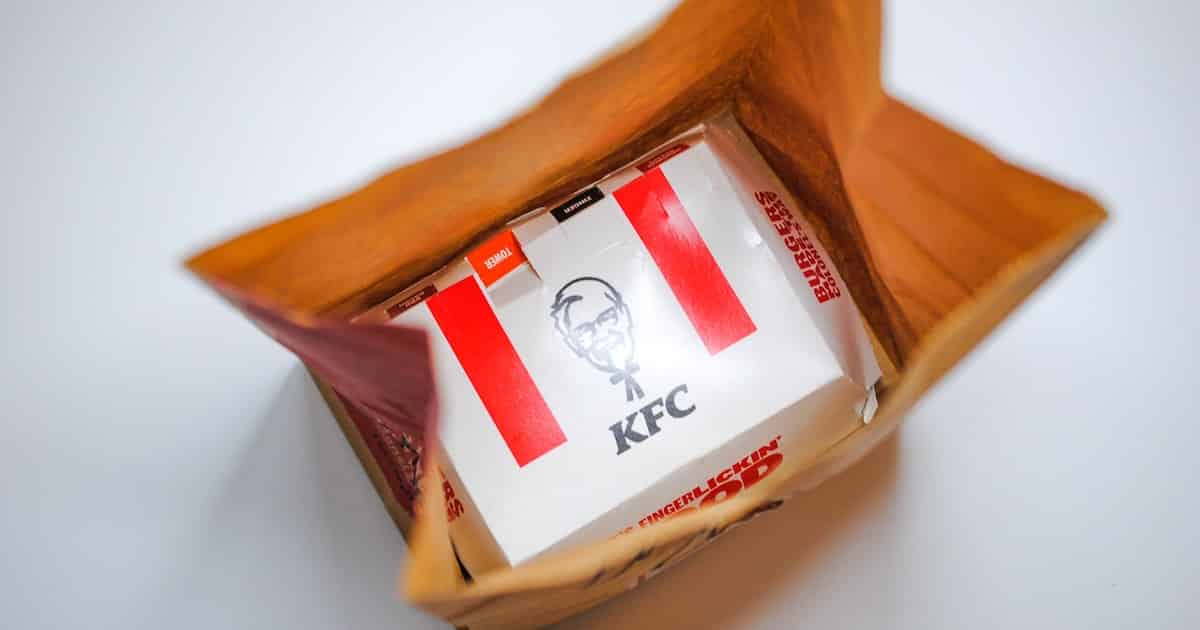 KFC’s Beyond Fried Chicken, developed with Beyond Meat in 2019, stirred up vegan patrons of fast-food restaurants in the United States when it was temporarily rolled out nationally in 2022. Consumers in the U.S. mostly agree that fast-food brands such as KFC should improve their menu with healthier options and offer better wages for their workers, but in January the restaurant chain instead successfully ushered new customers towards its locations by promoting its vegan chicken nuggets.

During the COVID-19 pandemic, people have been particularly primed to eat fast food because it offers a quick, stress-free, way to fill their stomachs without having to spend too much time in enclosed spaces where the virus might spread easily among diners. While sales declined in 2020 as vaccines were mostly unavailable, the 2021 sales figures for national fast-food chains in the U.S. jumped to higher rates than before the pandemic began.

During the COVID-19 pandemic, fast food became a more popular food source for parents with young children aged 3 to 18, according to a September 2021 poll, because families were too stressed and busy to spend time cooking nutritious meals at home. That is, 1 in 6 parents were taking their kids to eat fast food at least twice a week. (Though that same poll found that not all families were surviving through fast-food hacks: two-thirds (66 percent) of parent respondents were eating healthier overall since the pandemic began, and half of the parents were preparing more meals at home than they had been before the pandemic.)

The industry term for the fast-food restaurant sector is “quick-service restaurants.” Consumers in the United States spent $304.8 billion on foods from quick-service establishments in 2021, an increase after a recent decline in 2020 due to the COVID-19 pandemic, and more than they had spent in years prior to that. It’s an industry where 90 percent of employees earned less than $15.11 per hour in 2021. Since 2020 the COVID-19 virus has continued to linger, and fast food workers continue to risk their lives as they work in  “confined and poorly ventilated environments.”

Kentucky Fried Chicken (KFC) is a leading chicken restaurant chain in the United States, second to Chick-fil-A in sales, and one of the largest fast-food restaurant chains worldwide. KFC is the third most valuable fast-food brand after McDonald’s and Starbucks. KFC had slightly less than 27,000 restaurants around the world in 2021, with nearly 4,000 of them in the U.S. Its umbrella group, Yum! Brands had more than 53,000 units around the world, including Pizza Hut, Taco Bell, and Habit Burger Grill units.

KFC is a franchise-based chain of restaurants. It takes more than $3 million to initially invest in a single location. About a third of the initial investment pays for purchasing the property rights for a franchise location. A franchisee can be an individual or it can be a large publicly traded company. Franchisees can operate directly under the Yum! Brands company or as a sub-franchise to a “master” franchisee. In both situations, franchisees pay for the land, buildings, and equipment (including signs, seating, supplies, and food inventories), along with one-time and recurring fees such as 4 to 6 percent of the restaurant’s sales. Franchisees must also spend money on advertising and promotion of the brand.

In the United States, there are vegan sides and vegetables available at KFCs, such as corn on the cob, green beans, french fries, and sweet corn. CanVegansEat.com claims that the barbeque beans are also vegan, along with several dipping sauces (i.e., ketchup, strawberry jam, lemon juice, grape jelly, Summertime Barbeque, Sweet N Tangy), the crouton-less house salad, apple turnovers, and the applesauce. KFC has plant-based options on their menus in the U.K. and tested Beyond Fried Chicken throughout the United States in early 2022.

KFCs in the U.K. sell vegan chicken burgers. KFC plans to add vegan chicken tenders to its menus at more locations in Europe, starting with Germany, according to a Plant-Based News report.

Where Can I Buy KFC Beyond Fried Chicken?

Nowhere right now. The U.K. locations of KFC feature a vegan chicken burger developed with Quorn, served with a sesame bun, lettuce, and vegan mayo. According to Plant-Based News, British consumers devoured 1 million vegan chicken burgers within a month of the new menu item’s introduction in 2020.

The price of a set of Beyond Fried Chicken nuggets at KFC started at $6.99 for six pieces. They were also available with fries and a fountain soda in a combo meal, and in sets of 12 pieces.

How Long Will KFC Beyond Fried Chicken Be Available?

In the United States, KFC Beyond Fried Chicken is no longer publicly available, based on media reports. It was developed by Beyond Meat, leading to a national launch in January 2022, after initial test runs in Atlanta, Nashville, Charlotte, and southern California.

The KFC Beyond Fried Chicken was not officially vegan. KFC’s website described the product as plant-based, which made the product appealing to certain vegans.

The marketing hype surrounding the Beyond Fried Chicken excited vegans because the product did not contain any actual chicken meat or animal products, including milk, eggs, and honey. However, some vegans avoid eating foods that are prepared in nonvegan ways, and as KFC made clear, the new plant-based nuggets were prepared in the same fryers as their animal-based chicken.

What Is the Beyond Fried Chicken at KFC Made Of?

Beyond Fried Chicken is made mostly of soy and wheat proteins. It is also coated with similar breading to KFC’s popcorn nuggets. The KFC website lists the ingredients of Beyond Fried Chicken, including water, enriched wheat flour, soy protein isolate, canola oil, wheat gluten, natural flavorings, and yeast extract.

Are Beyond Fried Chicken Nuggets Healthier Than Regular KFC Nuggets?

Beyond Fried Chicken Nuggets are not considered a healthier food than regular KFC foods. In this case, plant-based is not the same thing as healthy. The appeal of eating deep-fried, plant-based chicken nuggets is less about health and more about supporting alternatives to factory farming and the harm it does to the environment and the lives of animals.

Each nugget was estimated by Beyond Meat in 2019 to contain 60 calories, 3 grams of fat, and 5 grams of protein. KFC has higher figures for the 2022 nuggets, suggesting that without sauce a six-piece set of nuggets contains about 480 calories and 27 grams of fat. Beyond Fried Chicken is made with wheat gluten (a form of protein) and soy protein.

The word “like” is correct here. Yes, it tastes like chicken. However, as taste testers have noted, real chicken has a stringiness to its texture that is missing from vegan chicken. The texture of vegan chicken tends to be more consistent in its sponginess and less gristly than real chicken.

KFC Beyond Fried Chicken was a temporary offering in the United States, but vegan chicken remains a popular topic on social media, at independent vegan restaurants, and in grocery stores. Try typing the term “vegan chicken” into TikTok, YouTube, or Instagram, and you will find tutorials and photos of homemade and professional efforts to replicate the experience of eating chicken in all its forms, minus the animal products. As Christopher Sebastian wrote for Sentient Media in a 2020 critique of KFC’s racist marketing efforts: “From seitan to jackfruit to tofu, turns out just about anything can be batter-dipped and deep-fried! So why not leave chickens alone?”

There are also lesser-known, nationally available brands of plant-based chicken outside of KFC’s offerings. One operation based in the U.K. is VFC, which produces Vegan Fried Chick*n through a uniquely branded mission that directly exposes consumers to the harms of factory farming of chickens. Unlike Beyond Meat, a plant-based brand with historical ties to companies such as Tyson that profit from factory farming operations, VFC’s founders are explicitly cause-focused in their messaging motivated to publicize the plight of birds raised for their meat.

What Foods to Avoid If You Are Lactose Intolerant