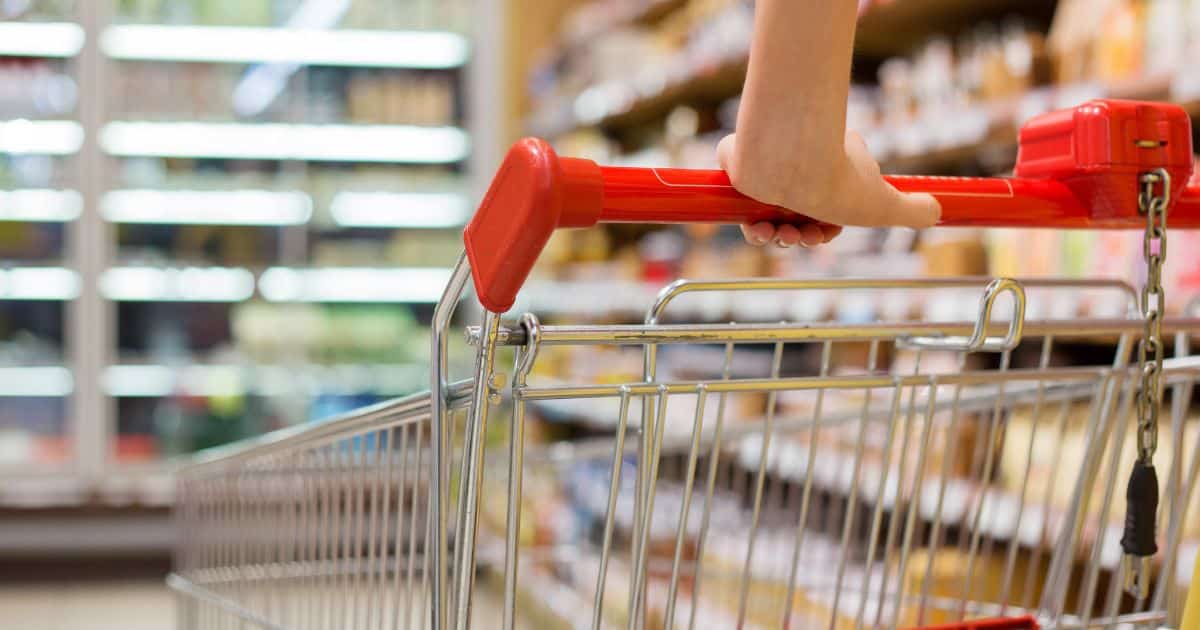 Over the last week, leaders at COP27 have been facing mounting pressure to address the long-ignored climate impact of animal agriculture. Methane emissions are at an all-time high, as data from the World Meteorological Organization shows, and raising animals for food, especially cows, accounts for one-third of these emissions.

So-called “low methane beef” is one of many ideas the beef industry has put forward to assure policymakers and consumers that the sector is doing its part to tackle climate change. A closer look at the products carrying this label, however, reveals that they are anything but climate-friendly.

What Is “Low Methane Beef”?

Coop offered a limited-edition run of ground beef, sirloin steak and beef fillets from cows that had been fed a kind of red algae called Asparagopsis taxiformis after trials showed that adding it to cows’ diets resulted in the animals emitting less enteric methane.

According to Blue Ocean Barns, one of the companies selling red seaweed additives, the supplement acts as a “burp suppressant.” Since enteric fermentation, a digestive process in ruminants, is the primary source of methane emissions from agriculture, beef producers, along with major news outlets, have been touting red seaweed as a powerful climate solution. The Washington Post called it “one of the most powerful weapons in the fight against climate change.”

According to LOME, the algae the company feeds cows can reduce daily methane emissions by up to 92 percent. Their trial products sold out in less than a week. But that figure is far from accurate, and the gap between it and reality shows why this misinformation is a huge problem for climate action.

Misleading Advertising: 92 percent of What?

As is often the case with meat industry climate fixes, what sounds like a highly effective solution quickly falls apart on closer inspection. As LOME itself states on the company’s website, the reduction in methane emissions only relates to a limited period of a cow’s life: When they are in a controlled setting, in barns or on feedlots.

Why? It is difficult to feed seaweed to cows on pastures because cows dislike the taste of red seaweed, which is why it needs to be mixed with feed. This is especially problematic in countries where most cows graze on pasture, such as Australia ⁠— which signed the Global Methane Pledge this year while asserting that this move wouldn’t impact livestock production.

But even in the US, where feedlots are common, cows only spend a small portion of their lives there. According to environmental researchers Jan Dutkiewicz and Matthew Hayek, cows emit only 11 percent of their lifetime methane output on feedlots since most of their methane comes from gut microbes that break down indigestible materials eaten on pastures such as grass and leaves.

If red seaweed reduced methane emissions by 80 percent, as trials show, this would only amount to an 8.8 percent reduction in total, Dutkiewicz and Hayek point out. A study by the Breakthrough Institute showed that techno-fixes such as feed additives can only reduce US beef emissions by 18 percent by 2030. Not to mention, most of the feed additive studies are extremely small-scale: The algae supplier of LOME only studied ten cows over a duration of three months.

Methane Is Only One Aspect of Beef’s Climate Impact

Just as the methane reductions touted by LOME account for only a small portion of overall cattle methane emissions, methane emissions are only one aspect of the devastating impact raising cows for human consumption has on the climate.

In addition to methane, cattle farming releases nitrous oxide, which is 300 times more potent than carbon dioxide when measured on a scale of 100-year GWP. Further, animal agriculture is a leading driver of deforestation and biodiversity loss.

Animal agriculture also has massive opportunity costs because raising animals takes up vast amounts of land for grazing and growing feed. The Oxford University project Our World in Data estimates that switching to a plant-based global diet would reduce agricultural land use by 75% and reduce greenhouse gases by 14.7 billion tonnes of CO2e yearly, more than our food system currently emits.

There Is No Way Around It: Beef Consumption Needs To Go Down

Feed additives can lower beef emissions to some extent. But the reality is all beef companies need to be reducing methane, and that’s one small component of the climate action that’s needed.

LOME’s marketing gives consumers in the global north the false impression that they don’t have to change their diets to tackle climate change, and that could lead to more dietary shifts in the wrong direction.

Beef is one of the most climate-damaging foods in existence, regardless of how it is produced. A recent study found that from 2003 to 2018, greenhouse gas emissions in the US diet fell by more than 35 percent. Reduced beef consumption contributed to more than half of these savings.

If meat companies want a “meaty” product they can tout as climate-friendly, they might want to try a hybrid burger. According to Joseph Poore, an Oxford researcher who studies the environmental impacts of food, if Burger King and McDonald’s were to make their burgers from a 50-50 blend of beef and plant-based meat, it would reduce demand for farmland globally by around 21 million acres — an area that’s approximately the size of Ireland. The emissions reductions would be significant too — a true “low methane” meal.