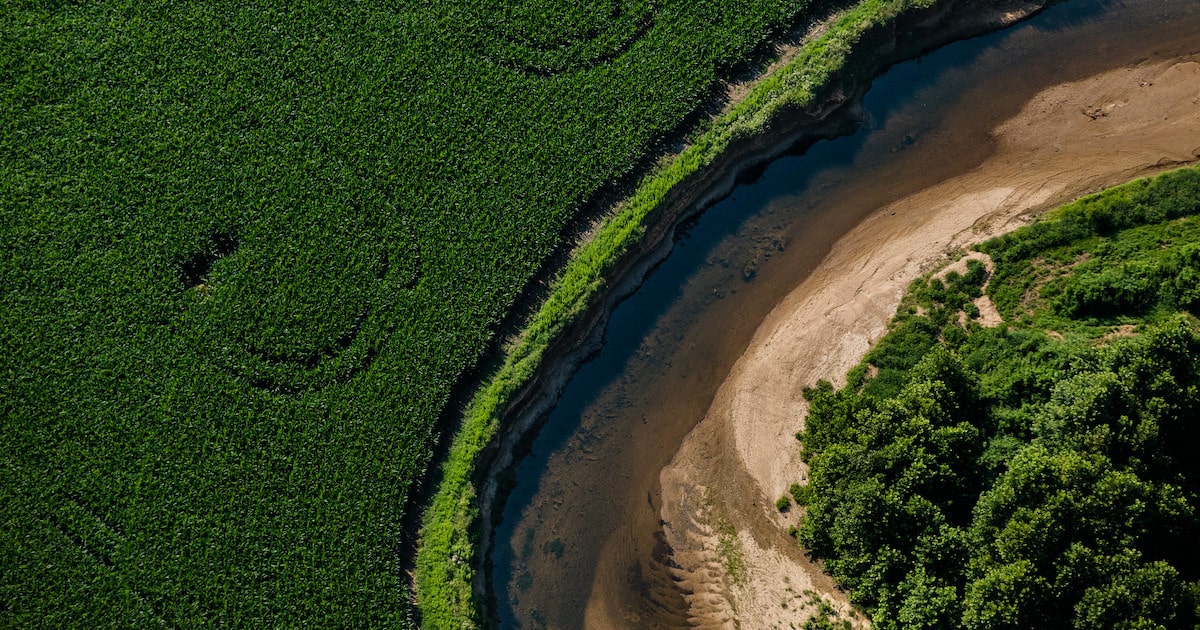 Rivers around the world are becoming more and more polluted, and nearly 2.1 billion people do not have access to safe drinking water. Perhaps it is time to address one of the biggest culprits: dairy farming, which almost always escapes the conversation. Access to clean water is becoming increasingly scarce, and we must examine how dairy farming is increasing milk pollution in rivers and harming the environment.

What Is the Dairy Industry?

The dairy industry selectively breeds and raises milk-producing animals like cows, buffaloes, and goats. The milk these animals produce is taken from them and sold to humans. On dairy farms, farmers repeatedly impregnate cows until their bodies break. At this point, the animals are of no use to the industry. They are usually sold, primarily to the meat and leather industry.

Dairy industry cows are separated from their mothers shortly after birth, and their milk is sold for human consumption. They are either killed, sold for meat, or raised to become future milk producers.

The dairy industry pollutes the water through milk spills. These spills may seem harmless, but they have severe consequences for the balance of marine ecosystems and the communities that depend on rivers and lakes as sources of drinking water. Milk spilled into large bodies of water propels the growth of bacteria. Large-scale milk spills can lead to the death of many aquatic animals and can render the water undrinkable.

According to data from the U.S. Department of Agriculture, there are about nine million dairy cows on farms in the U.S. today. Just like any other living being, they eat food and produce excrement. Each of these nine million cows also produces about more than 80 pounds (37 kilos) of waste every day.

How does the dairy industry dispose of its waste? Farmers dump the waste in rivers and lakes in the form of “slurry”—a semi-liquid mixture of excrement and other animal waste. This not only pollutes the drinking water of people and animals, but it also causes air pollution, as slurry releases toxic gases like methane and hydrogen sulfide.

Case in point, officials in Central Sands, Wisc. reported that nitrate levels in private water wells spiked to double the safe limit just four years after a dairy farm moved into the region. High levels of nitrates in water can lead to nausea and headaches, as well as life-threatening conditions like cancer and thyroid disease. In Fairfield, Maine, dairy farms contaminated local water wells with fertilizers. Antibiotics and fertilizers used by the dairy industry often find their way to local waterways, making the water unfit for drinking and other purposes.

Why Are Dairy Farmers Throwing Milk Away?

The coronavirus pandemic has also taken its toll on the industry. Since public places are shut down or not operating at full capacity, the demand for milk and milk-based products has gone down. The plant-based milk industry has also been on the considerable rise, as more people are opting for dairy alternatives. These factors, among others, have led more and more dairy farmers to dump milk into rivers.

Where Are Dairy Farmers Dumping Milk?

The New York Times reported that farmers in Wisconsin and Ohio often dump milk in lagoons and manure pits. In India, farmers dump milk on the roads. Milk is also dumped on idols as a religious gesture. Tankers are releasing milk into the fields, contaminating the soil. And elsewhere, milk is being emptied into industrial drains.

So Why Are They Still Milking Cows?

In short, milking the cows is essential to ensure that the industry stays alive. The farmers still have to feed the animals, and doing so without milking them for profit is essentially a waste for them. The industry also depends on government subsidies, since on its own it is not very profitable. During the pandemic, the U.S. Department of Agriculture announced a $19 billion aid package for dairy farmers to sustain the industry.

How Does Water Pollution Affect Rivers?

Rivers are being affected by milk pollution in three major ways. They are:

Creating dairy farms means clearing large tracts of land. The resulting deforestation leads to looser soil because there are no trees to hold the soil in place. This sediment flows into rivers, often clogging them and making the water unfit for consumption. The sediment also forms a layer of silt in the river, which blocks essential sunlight for aquatic plant and animal growth. This results in the loss of marine life.

Nitrogen and phosphorus are two nutrients found in cow manure and urine. They also cause significant harm to rivers. Excessive concentration of these nutrients causes toxic algae blooms. When ingested by certain marine animals like turtles and dolphins, this algae kills them. The algae also block natural sunlight and hamper the growth of plant life. Algal accumulation in shellfish and other marine animals can also cause poisoning when consumed by humans.

Animal excrement is full of harmful bacteria that pollute rivers. Among the most prominent one is E.coli, which not only kills marine organisms, but is also harmful to human health and can lead to a range of problems, including abdominal pain, diarrhea, and even kidney failure.

How Do Rivers Affect People’s Lives?

One of the priorities for the UN’s Sustainable Development Goals is access to clean water and sanitation. Rivers are an immediate source of freshwater for many people. Having access to freshwater is essential for survival. Polluted rivers can end lives, both of humans and animals dependent on the river for their needs. Rivers are also a source of cultural identity and security for many people, including indigenous communities.

How Can We Protect Rivers?

The growth of the dairy industry has resulted in a massive amount of water pollution. Still, billions of dollars are being pumped into the industry to keep it alive. Why isn’t the dairy industry being held accountable for the damage it is inflicting on rivers? What are the people who depend on rivers as sources of water supposed to do?

To protect rivers, we can incorporate greener veganism in our lives, which recognizes that we have no basis for a hierarchical claim over the earth, its resources, or other species.

What Are Other Environmental Impacts of Dairy Farming?

Dairy farming has an impact on many aspects of the environment in addition to water pollution. Firstly, consider the basic needs of raising animals for milk production. One would need water to feed them, plus water to grow their food (soy and other water-intensive grains) and water to keep the sheds clean.

Next, one needs land to keep the animals and grow their feed. Our World in Data shows that about 77 percent of the world’s cultivable land is being used for grazing and growing animal feed alone. Plus, the industry’s waste needs somewhere to go. The USDA estimates that the waste from 200 dairy cows has nitrogen levels equivalent to the sewage of a community of 10,000 people.

One of the most significant impacts of the dairy industry on the environment is the release of greenhouse gases. Gases like methane, ammonia, and carbon dioxide released by the dairy industry play a role in climate change. Air pollution impacts the humans living near the farms, as well as the animals who live inside.

The dairy industry has a significant, detrimental impact on rivers and ecosystems. It also harms human and animal communities that rely on them as a source of drinking water. It is time to take action by demanding accountability from the industry. World governments need to invest in more environmentally-friendly agriculture and plant-based alternatives. We also need to reevaluate the impact of what we put on our plates and ditch conventional dairy for good.