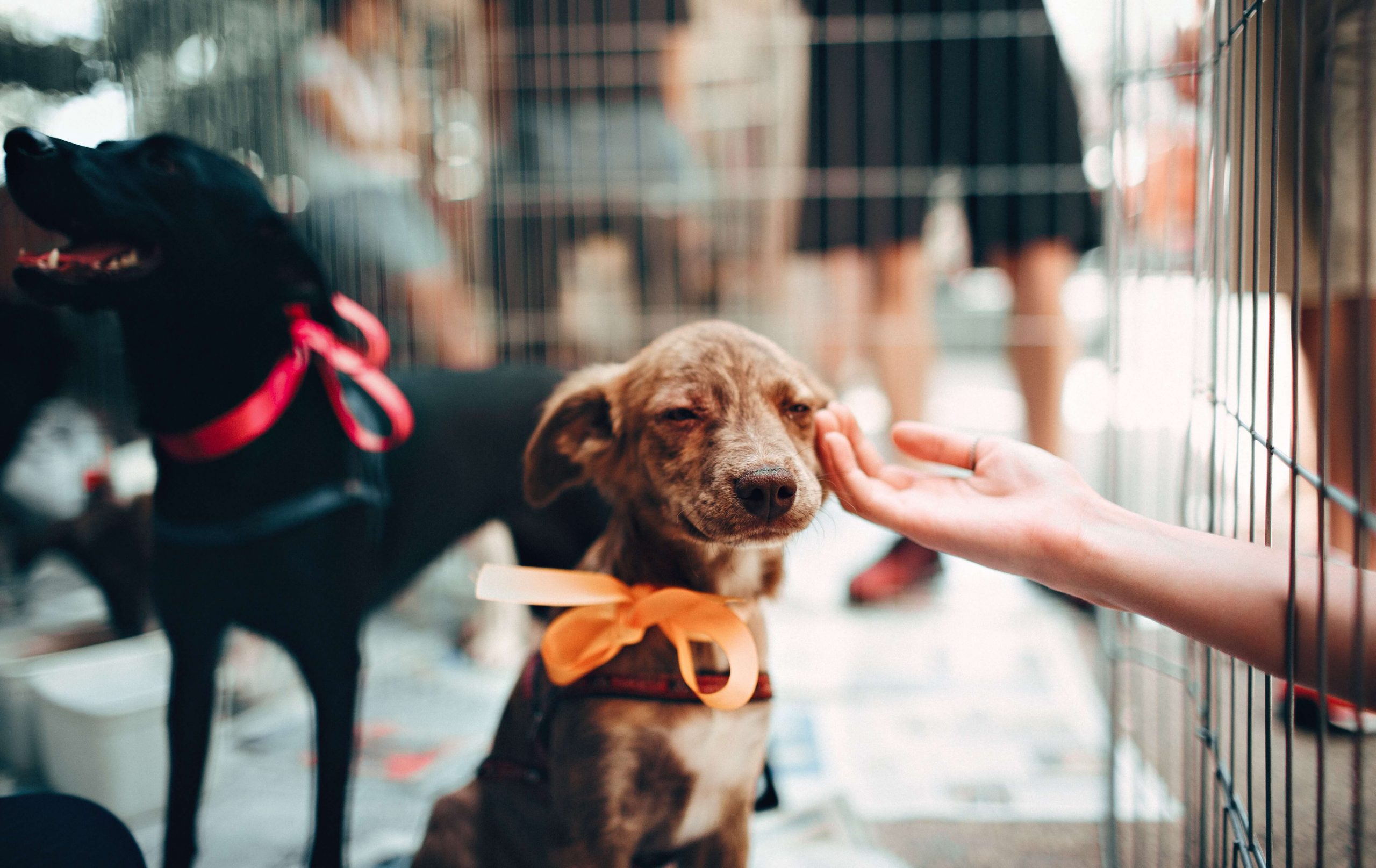 I walked down the long, dimly lit hall that was packed full of dog cages on both sides. Whimpering and barking drowned out the thoughts in my head and made it nearly impossible not to feel sorrow for the dogs letting out these cries. Looking beyond the chain-link gates of those cages, my eyes met pure devastation on the other side.

Some of the dogs were young and some were old. I could not help but think that the puppies were far too young to be exposed to a life with no love, and similarly, that the older dogs were far too old to not be experiencing love and joy in their last years or months of life.

Some of the dogs were small and some were large. Some were howling with everything they could muster, and some had lost the will to lift their heads, and lay quietly on the towel-lined cement floor.

The one thing that all of the dogs had in common was the look in their eyes. Their eyes that looked longingly at me seeming to ask, “What did I do to end up here?” I reached my hand through every gate, petting each dog for a couple of minutes before moving on to the next, my heart breaking a little bit for each of the pups.

I had never been inside of an animal shelter before that day. My family had rescued dogs from independently-owned rescue groups, never from an animal shelter directly. It heavily impacted me to see those dogs in front of me that day, wondering where they came from, and what kind of people could abandon their dogs in the first place.

I watched as a dog named Tank was returned to the shelter when the adopter decided after two weeks that he no longer wanted Tank. I saw signs on the gates of some of the cages that warned potential adopters that the dog was aggressive or did not like to interact with new people. I heard the whimper of puppies who wanted their moms. The pain that each of those animals was enduring was palpable, and it broke my heart into pieces.

Yet as I offered them love and attention, they all happily accepted.

Each of the dogs had a story of their past life, some were known and others were not. While each known story was horrifying, it showed a glimpse into these dogs’ former lives: Surrendered at the shelter, turned loose on the streets, dumped in a parking lot, chained in the backyard with no food, found in a cardboard box, and left during a hurricane. Each story defined the heartless and cruel acts of the dogs’ former caregivers.

I came across a quiet hound mix named Fawn, named after her deer-like ears that dominated the size of her head. She had been picked up off the streets just a couple of weeks prior. She came over and let me pet her, and happily accepted a treat when I offered her one. I stayed with her for a couple of minutes, and in those minutes, she opened up to me.

She threw her whole body against the gate so I could pet her and shower her with as much affection as I could with a gate separating us. She closed her eyes and cooed in delight as I continued petting her, fully trusting me within a matter of minutes.

Fast-forward to a couple of weeks later, Fawn was now a part of our family, and we renamed her Stella. Stella was nervous when we first brought her home, especially in the car ride. I imagined that the last car ride she took before the shelter found her was when her former caregiver absent-midedly dumped her on the street. The shelter estimated that Stella was on the streets for a couple of days before they rescued her.

When we arrived home, Stella explored every inch of the house, which was now her home. Within a matter of hours, she had her ears fully perked up, was wagging her tail, and was still sniffing everyone and everything eagerly. Her demeanor was completely different than the quiet puppy we played with in the shelter.

Dogs have emotions just like human animals do, and it pained me to think of the neglect and former abuse that Stella went through before arriving in our family. The pain, fear, hopelessness, and utter lack of love she overcame was unfathomable. This dog now living in our home displayed no signs of the cruelties that lead her to us.

Stella, and pound puppies everywhere have gone through unimaginable circumstances yet still are capable of opening their hearts to love again. These dogs may have been beaten, they may have been starved, and that was even before they endured months, or possibly years inside of a shelter where attention was scarce. And after all of that, their resilience still shines through.

Pound puppies deserve so much more than a life living in a cage wondering why their former caregivers were not coming back for them. They deserve to be loved and enjoy their time on this Earth.

One of Stella’s favorite things to do was run in circles around our yard, leaving a worn down path in the grass. She was famous for pouncing onto a bed and whoever was in it to then wedge her way under the covers where she would blissfully fall asleep. She would open up doors to get to her family members on the other side, and play with her canine sister Sadie for hours on end. Most remarkably of all, Stella allowed love into her heart after all the hate she had overcome.

Pound puppies have a special place inside of my heart. I admire their loyalty, affection, and most of all, their resilience. Stella showed our family that with the right amount of love, anything was possible.