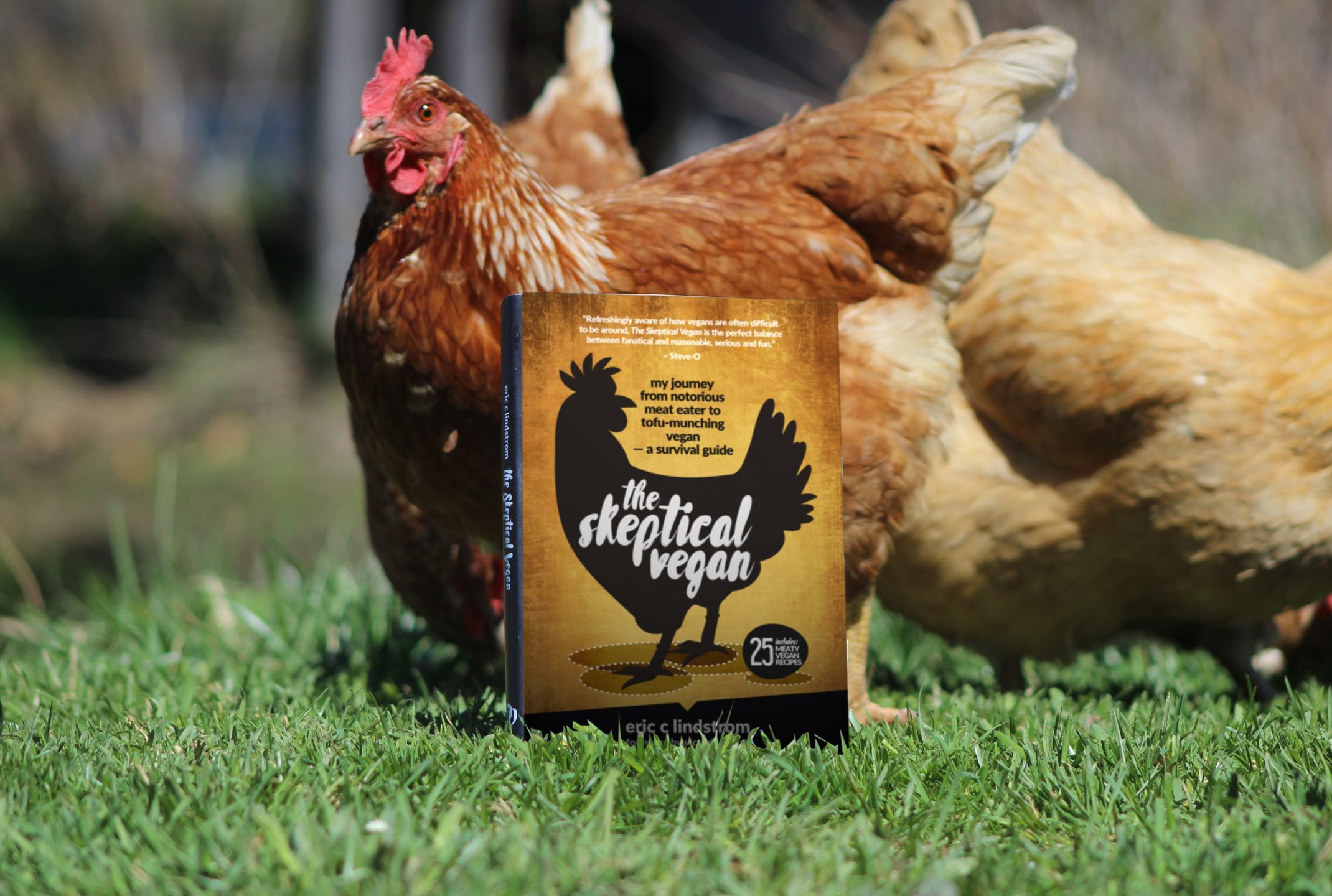 How to Spot A Happy Horse

There are different types of vegan—the raw vegan, the supergrain-er, the pea-protein-head, and the Instagram foodie still mourning the loss of activated charcoal from New York City menus. And then there’s Eric Lindstrom, the Skeptical Vegan: My Journey from Notorious Meat Eater to Tofu-Munching Vegan—A Survival Guide (Skyhorse 2017).

Lindstrom grew up half-Swedish-half-Italian, from one kind of meatball to another kind of meatball. Little old ladies fed him until he burst. But he grew into his waistline and eventually, a new perspective. He says he didn’t have to change who he was to change his diet. Instead, he woke up to the harm he was doing to animals. He posits his overnight success as a challenge. For the first year without animal products, he was skeptical. But now he calls himself a proud ethical vegan. He’s ready to ditch his leather shoes, write his dietary restriction in all caps on the next wedding invitation, and call the caterer to make sure they got the message.

Skeptical Vegan is a salt-of-the-earth story about on how it felt to grow up and one night go vegan. His grandma may have even OK’ed the recipes he includes, too.

How to Become Vegan: A Simple Guide