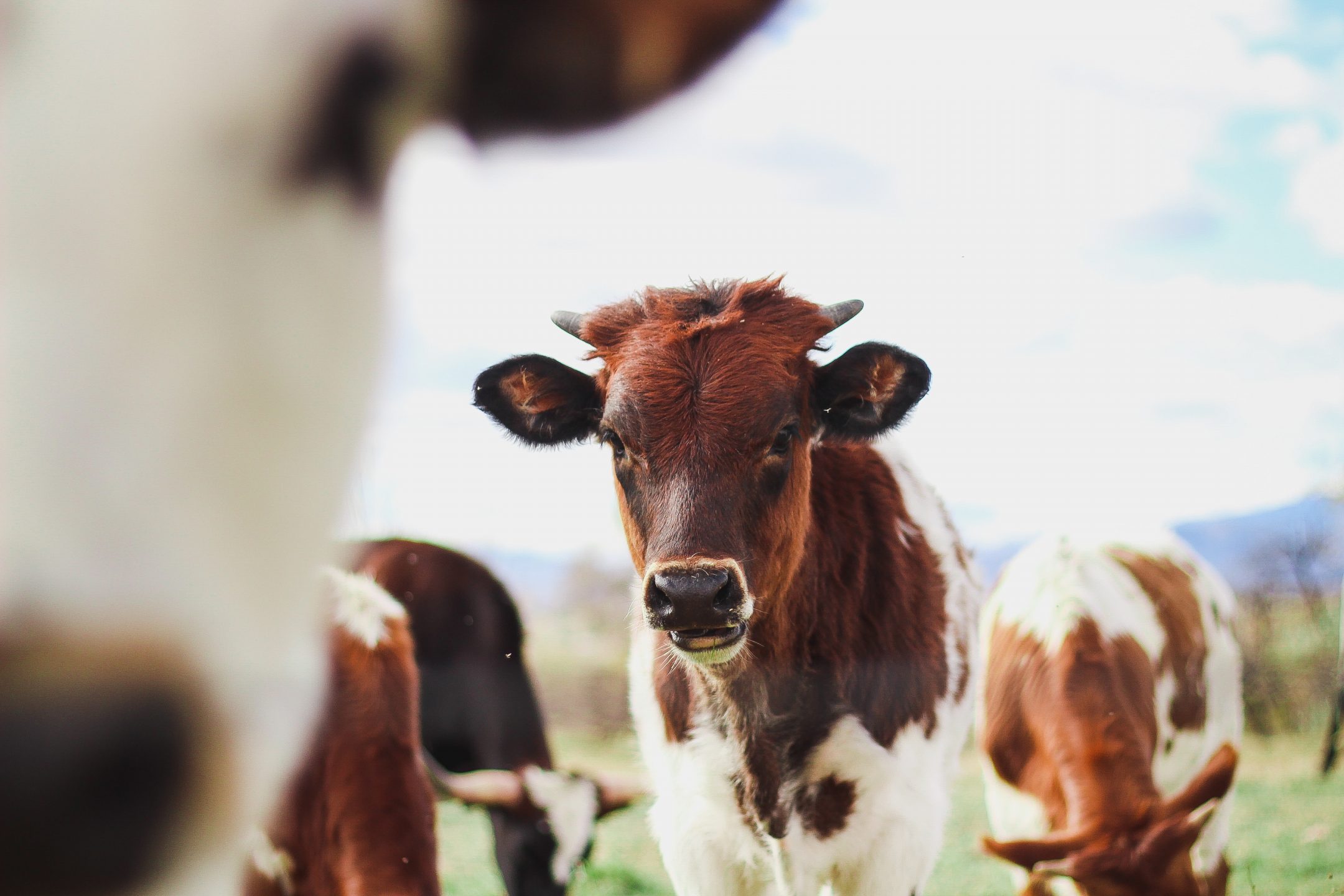 The FDA just okay’ed a drug that promises to mask some of the odor produced by cow manure. This decision comes just days after the EPA ruled that factory farms do not need to report air pollution levels. Masking the odor is one thing, but supporting a factory farming industry that completely ignores the consequences its farming practices have on animals by working with private companies to cover up the smell is another.

Factory farming doesn’t have a lot of good things going for it, except for the U.S. federal government. Elanco is the new, FDA-approved, odor-eating cattle drug. It will reduce the amount of ammonia produced by cattle, usually in the form of animal waste. On its own, the drug looks like a nod from regulators saying, “Yes, this works.” But then, there’s the EPA ruling on factory farm air pollution reporting. The agency decided that the current level of noxious gas output is the right level of noxious gas output for factory farms. Farms will no longer have to report the level of ammonia, or other air pollutants, that they produce.

All of a sudden, less information is more. While the federal government is helping with the smell, it’s not helping for the right reasons. Historically, government agencies have sided with factory farms to promote job creation, tax dollars, and economic stability at all costs.

This new odor-eating cattle drug is no different. Its approval can’t help but look short-sighted if another agency is ready to let potentially deadly factory farm emissions go unreported. The FDA and EPA are covering for an industry that forces millions of animals to wait out their days standing around in piles of their own waste inhaling toxic fumes.

Ammonia is a chemical found in animal waste is so strong it’s used in smelling salts. The important difference between ammonia, a byproduct of animal-based manure used in fertilizer and found in very high concentrations on factory farms, and smelling salts is that smelling salts come in very small doses.

The irritants in the ammonia-based salts trigger the inhale reflex, increasing oxygen, blood flow, and alertness. In the trenches, they probably worked great. But trenches full of animal waste wafting ammonia’s noxious gas into the atmosphere does not sound great—or the least bit healthy. Every time you take a breath of “fresh” air, the ammonia produced by the cattle next door causes you to breathe in more ammonia. This is what you need to know (and what factory farmers don’t want you to know) about ammonia.

Farm animal waste and the people that inhale its toxic byproduct

According to Poison Control, some of the side effects of extended exposure to ammonia are irritated eyes, nose, and throat. Older folks and young children are at the greatest risk to ammonia exposure. And for everyone else that couldn’t get past the first sentence, yes, Poison Control really is who the factory farmers should be hearing from, especially when the concentration of animals causes ammonia levels to rise. Meanwhile, toxic waste from animal farms is resulting in a public health crisis.

Farm animal waste and the environment

The gas does two terrible things to the environment. First, it creates an atmospheric haze, similar to the kind of air pollution produced by car exhaust. Take a second to connect those dots: car exhaust and animal waste have frighteningly similar, frighteningly toxic outputs.

Animal waste also contributes to water pollution. Basically, large bodies of water absorb runoff from manure that’s full of the animal’s excess nutrients. The increase in nutrients from animal waste causes algae blooms that block out the sun to all the plants and animals down below. Without light to make plants and plants to make oxygen, animals die. That’s true almost anywhere on Earth, but remember that what we’re talking about isn’t natural. We’re talking about shit-fed algae from a factory farm so thick that it blocks out the sun.

Farm animal waste and the animals themselves

Surprise! Animals can feel toxic gases too. Humans have this amazing ability to treat animals as objects. In this case, they’re products to be sold and then eaten. But we miss so much livelihood in thinking that way and thinking that way does such horrible things to the livelihood of animals.

Chicken houses are a prime example. Until recently, most chicken houses didn’t have windows. Farms cram chickens together by the hundreds of thousands and leave them without air to breathe. The lack of ventilation exacerbates the obvious problem: animals living in their own feces. There’s no relief. No supernatural animal waste filter built into their bodies. The waste created by factory farms just plain sucks the life out of the animals inside.

This is not a drill. Poison Control says to first, leave the area where the ammonia is. Animals can’t do that, and neither can most people living next to a factory farm. This presents a problem with the way humans extend bioethics to other creatures. What we consider toxic to human is not toxic to animals, even though it is. And when it comes to the federal government, they only succeed in masking the odor and telling companies to ignore the problem.

Next, Poison Control says to remove clothing. For everyone living in proximity to the animals, they don’t really have a choice. Ammonia-soaked clothes stay on. Make a small note of the purpose of these warnings. Ammonia poisoning usually happens from a gas leak. Then take another step back and embrace the “yikes” moment. Factory farms are one big toxic gas leak.

Poison Control’s final recommendation is to discard of contaminated items, which means anything that holds smell. “Seal the bag, and then seal that bag inside another plastic bag.” Factory farms are forcing community residents to live a life half-jokingly sealed in not one but two plastic bags. Seriously though, how can anyone live near that many farm animals?

The neighbors of factory farms are choking on toxic gases produced by farm animals, and the farmers know it. In September, a $400 million dollars lawsuit shut down the largest hog farm in the world. After a series of lawsuits from nearby residents complaining about the awful smell coming from the plant’s uncovered waste pits, the company announced the closure of the North Carolina processing facility for the end of October.

The victory for nearby residents represents progress—and the scale of the problem. North Carolina hosts some of the densest patches of animal farming in the world, and most of the farms aren’t cattle farms.

So, with no limit to animal emissions and no drugs to treat chicken, turkey, or pig waste, what good is a cattle drug that will likely encourage the industry to farm more cows? Without transparency from farmers about just how much pollution their farms generate, how will nearby residents know what factory farming is doing to the air they breathe?

The federal government is forcing most farming communities to learn the hard way by siding with factory farms. Rates of lung disease are astronomically higher for people living near a factory farm than anywhere with remotely less toxic air pollution.

This level of irreverence for the lives of humans and animals is disgusting. Nothing deserves to live a life hoof-deep in its own feces, constantly intoxicated by the stench of thousands of other animals, nor should any person be subjected to the consequences of the systemic animal cruelty enabling this public health crisis.