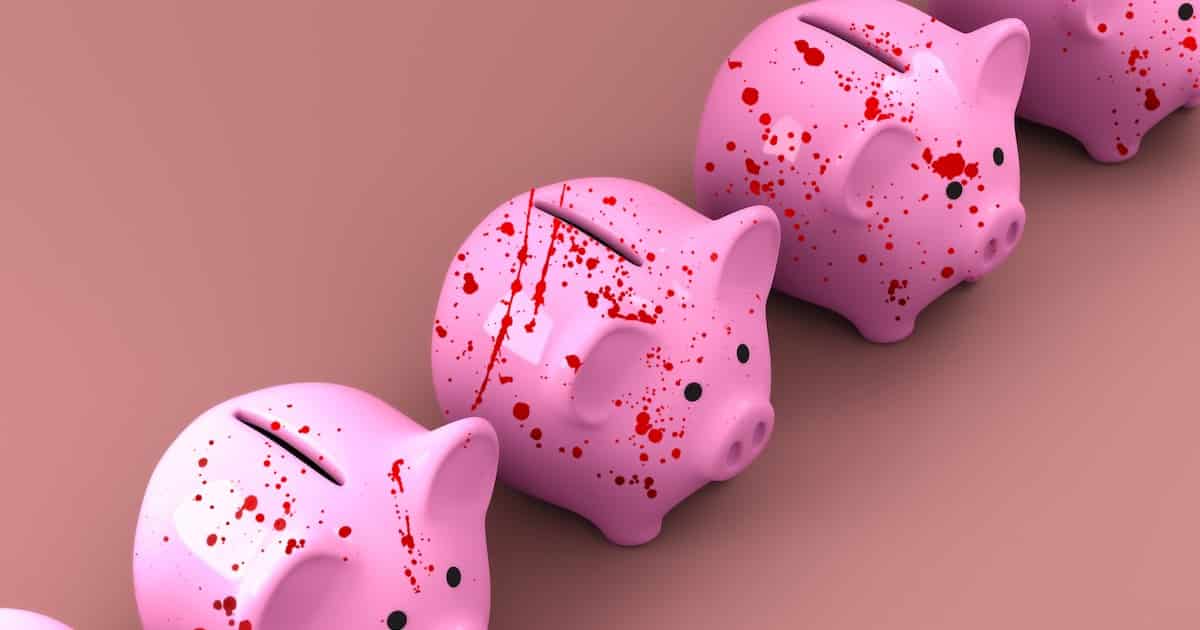 Why the Number of Chickens in the U.S. Is Skyrocketing

As of April 2021, you can walk into a McDonald’s anywhere in the U.S. and buy a burger for $1. If buying wholesale, you can purchase chicken at $0.78 per pound and eggs at $0.80. The vegan alternatives to these products are far more expensive: Boca chicken patties come in at $4 a pound and Just Eggs come in at $8. This is a shocking price disparity and one which is hard to make sense of. After all, for every 100 calories of plants we feed to animals, we only get 40 calories in return. Animals have to be fed plants, as well as housed and managed. If plant-based protein cuts out this middleman, how can meat alternatives be so much more expensive?

There is more than one answer to this question, but a lot of it hinges on the fact that animal farming gets subsidized by world governments to the tune of billions of dollars every year. Globally, about $1 million dollars are given to subsidize the farming industry every minute. In 2019, the Trump administration gave $16 billion dollars in subsidies to American farmers, ostensibly to aid them in the trade war against China. However, this amount was twice the amount farmers were predicted to lose out on, and the money was given out in the same period as a $5.5 billion cut to food stamps, which removed 668,000 citizens from the program. These mammoth subsidies are largely destined for animal agriculture, with less than 1 percent of U.S. food subsidies going towards vegetables. Corn and soy production are heavily bankrolled by the state, but the vast majority of these crops are fed to animals bred and killed for food. In the UK, farmers who graze livestock received around 90 percent of their profits from government subsidies, whereas fruit farmers only received 10 percent of theirs.

On top of this mountain of subsidies that animal agriculture receives from out of taxpayers’ pockets, there is also the fact that governments spend heaps of money on publically procuring food. Governments have to provide food for their social services, medical personnel, and patients, for the military, police, and schoolchildren. The World Food Programme estimates that between 47 and 75 billion dollars are spent by governments on school meals across the globe, meals which are dominated by meat and dairy products in the United States. Across EU member states, $82 billion was spent on food procurement in 2017.

The state acts as a lynchpin for contemporary food systems. It inflates big agriculture with spates of cash, shoring up its foundations and keeping agribusiness fat and happy and animals in industrial agony. There is some utility to these agricultural subsidies, namely stabilizing the food system so that it doesn’t crumble if the economy dips, leaving consumers in famine. Yet they also act as formaldehyde, preserving one of the most destructive industries on the planet in an unreformed state, to the detriment of the wider public and world.

The Real Price of Meat

A burger may cost $1 in McDonald’s, but its real price is far higher. Consider the pollution animal agriculture continues to perpetuate. Rivers are poisoned by thousands of gallons of shit from dairy farms, tap water gets tainted and children end up dying of blue-baby syndrome. Oceans are ransacked, rainforests are razed and new pandemics or antibiotic-resistant bugs follow the perpetrators back to their villages, towns, and cities. Heart disease and blood pressure go up, obesity spreads, and people die, trailing expensive medical bills behind them. These outcomes are what the state chooses to encourage with money lifted from the wallets of its citizens. All so giant corporations can widen their profit margins, using the public’s money to advertise their own products back to them, or so zombie enterprises can continue to survive on the brains of the commonweal.

Governments are pivotal in maintaining and sustaining food systems, and their policy needs a rethink. Subsidies should not be canceled but redirected. Firms working to make plant-proteins and meat substitutes could do with the funding. These products aim to taste like meat, and are rapidly succeeding at doing so. Plant proteins emit twenty times fewer greenhouse gases in the making and require as much as 100 times less land than red meat. With subsidies on their side, meat alternatives will become cheaper and tastier, blossoming into a “green” food that even the sulkiest carnivorous brat might enjoy. With chicken nuggets, burgers, steak, fish fingers, and everything else under the sun already existing in vegan alternatives, the prospective plant-based eater need not change the way they cook. The appeal of animal products remains cocooned in culinary traditions and convenience, but exciting, diverse, and sustainable food options lay waiting outside for those determined to break the chrysalis.

There would be no need to throw farmers under the bus. Subsidy money could be diverted towards extensive retraining, to help transition animal farmers into vegetable farmers. There are legions of farmers, butchers, chefs, gourmands, and gourmets whose expertise is deeply valuable, and who would be spoiled for opportunities in a plant-based food system.

Unfortunately, whenever top-down approaches are trialed they are met with dismal failure. Denmark, which is the highest per capita meat producer in the world, had to retract its plans for making public sector employees eat vegetarian twice a week after a vicious backlash. In Lyon, France, a scheme to make school meals plant-based was abandoned after uproar from farmers and purple-faced politicos. Particularly fatuous remarks came from the central government, especially the agriculture minister Julien Denormandie, who tweeted “Stop putting this ideology onto our children’s plates!”, presumably whilst clutching some comically oversized pearls. If this is a matter of ideology, then states and citizens must choose between the ideology which demands the maximization of animal cruelty at the expense of our health and the planet’s future or the one which tries to reduce unnecessary suffering and reverse climate disaster. Whether it’s by reducing one’s meat intake or adopting a fully plant-based diet, all hands are needed to repair our failing food system, particularly those wrapped around the levers of power.

State solutions will continue to fall on deaf ears if our leaders fail to make the case for plant-based eating. However, ministers and mandarins may finally be taking heed. Cory Booker, the vegan Democrat senator from New Jersey, pioneered legislation, still sitting in the Senate, that would put a moratorium on factory farming and phase out all existing CAFOs (concentrated animal feeding operations) by 2040. This bill gained signatures from prominent progressive senators Elizabeth Warren and Ro Khanna, amongst others. Vice President Kamala Harris, on the advice of Cory Booker, is now trying to eat vegan before 6 p.m. This is laudable progress, which needs bolstering. Politicians remain reluctant to overtly push the topic of plant-based eating, a strategy informed by political prudence. When asked about reforming the food system, Kamala Harris made a point of sharing that she loves cheeseburgers. Senator Booker wobbled when asked about his veganism in the debates to become Democratic presidential nominee. Sympathetic representatives must find the confidence to sustain a vocal critique of factory farming; opposition may be fierce, but the arguments for reform are strong.

Changing the state has always been at the triumphal endpoint of social justice movements. After long and bitter struggles, governments ultimately conceded by giving the working classes and women the vote and in dismantling slavery and Jim Crow. Sometimes, like in France and the U.S., governments are changed by revolution. Yet they can change, and as the climate crisis looms, and animal welfare continues to wallow at dismal levels, politicians and policy wonks may yet catch on. If they don’t, we may all end up eating $1 burgers in a rancid wasteland and wondering if it was worth it.

Turkey Lifespan: How Long Do Turkeys Live Before Slaughter