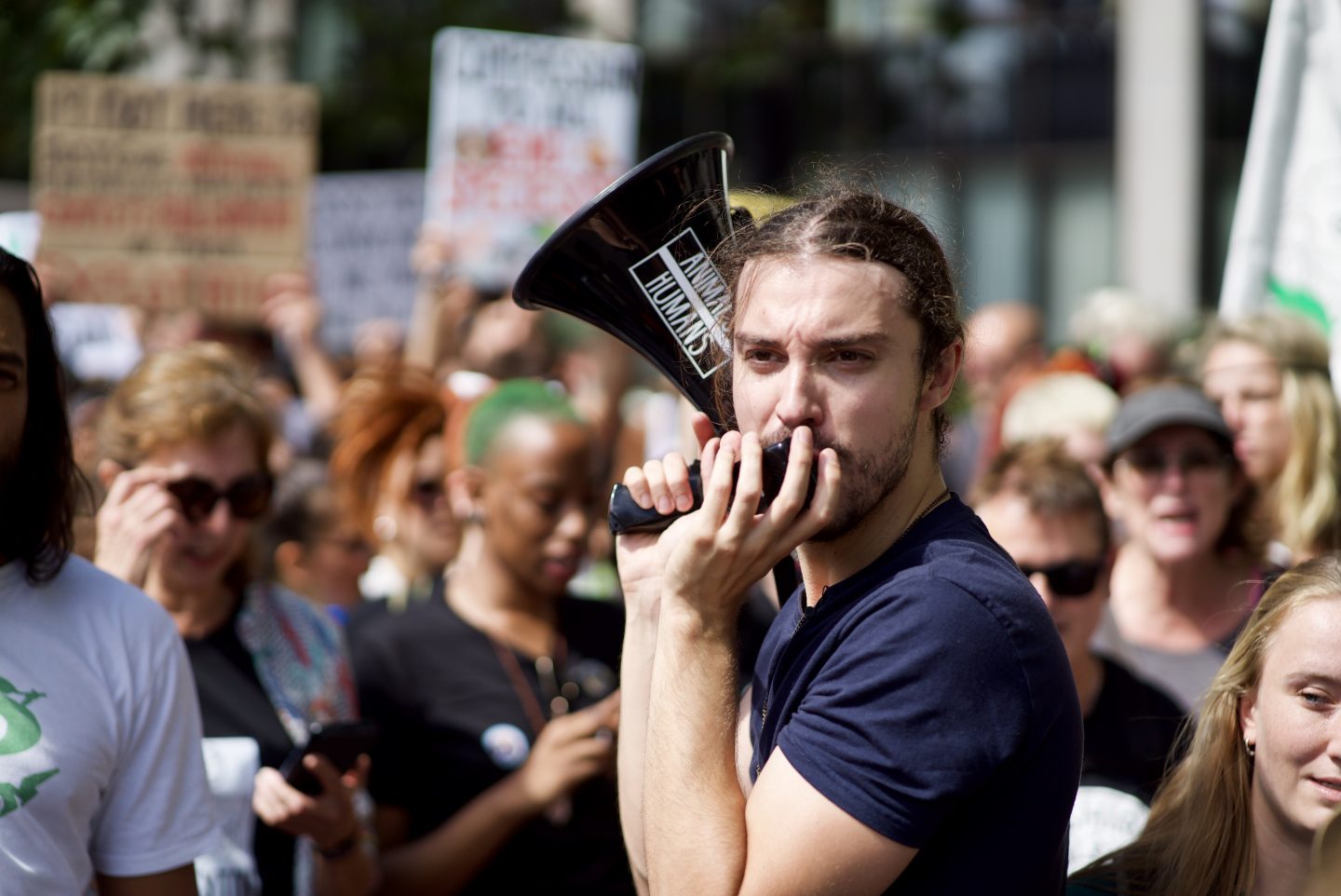 “Stop Eating Animals!” These were the signs that vegan activists in Auckland held on September 15th to bring the rights of animals into the spotlight in New Zealand. Protestors from the activist organization Direct Action Everywhere stood in front of the meat section in the grocery store Countdown St Lukes with their signs, chanting, “It’s not food; it’s violence!” The protesters’ goal: provoke shoppers to reconsider their meat purchases. Many customers of Countdown St Lukes likely did not enjoy the direct nature of the protest, but the protestors and their signs were certainly impossible to ignore. The activists were making use of their freedom of speech to encourage shoppers to consider how their freedom in shopping choices directly interferes with the freedom to live for millions of animals.

This recent protest in Auckland is certainly not the only fight for animal rights receiving attention from news outlets and social media platforms. Media organizations worldwide have reported extensively on recent animal rights marches, such as the Official Animal Right March attended by 12,000 people in London on August 17th. Vegan speakers and educators have given many influential TED Talks worldwide. The relationship between climate change and food and the epidemics spreading across livestock and jumping from livestock to humans are increasingly hard to ignore. The animal rights movement is exposing the massive animal suffering caused by the food industry, and inspiring many of us to reconsider what we eat.

Despite the proliferation of American vegan food brands in New Zealand’s grocery stores, the animal rights revolution is not actually an American invention. The advent of the movement to advocate for animal rights can be traced back to several major religions. Ancient Hindu and Buddhist scriptures, for example, promote vegetarian diets to spare animals from suffering. Conversations in Western societies about animal rights started in 1780, when English philosopher Jeremy Bentham began advocating for better treatment of animals. Bentham claimed that non-human animals can feel pain just as much as humans can, and therefore have the right to equal treatment by humans. In 1824 in England, the first Society for the Prevention of Cruelty to Animals was founded, followed by the Vegan Society in 1944. The Australian Peter Singer is a key figure in the contemporary fight for animal rights; he continues to give talks on animal suffering and animal rights to this day. Singer in 1975 authored the well-known book Animal Liberation, which is read by college students majoring in ethics and philosophy across the United States.

Animal testing prohibitions are taking effect in countries worldwide. In 2009, the European Union banned many forms of cosmetic testing on animals, such as repeated-dose systemic toxicity, carcinogenicity, and toxicokinetics, though some testing on animals is still allowed for the development of pharmaceutical drugs and healthcare products. The U.S. National Institutes of Health in 2011 followed suit by discontinuing funding for new research on chimpanzees. India in 2014 banned the vast majority of cosmetic testing and testing of household products on animals, and even banned the importation of products that have been tested on animals. Many cosmetic brands in the United States still test their products on laboratory animals, mainly mice and rabbits; however, these animal testing pratcices have a scheduled end date. In September of this year, the U.S. Environmental Protection Agency announced that it will ban all animal testing by 2035.

The United States certainly deserves some credit for its positive influence on the global animal rights movement. Vegan celebrities like Americans Ariana Grande and Miley Cyrus are encouraging their fans to commit to a vegan diet. American activists in the legal arena are also speaking up for animals. Steven Wise in 2007 founded the Nonhuman Rights Project, a civil rights nonprofit organization that advocates for the legal protection of animals. Wise’s organization files lawsuits on behalf of animals and works with governments to enact animal rights laws. Many American plant-based companies now sell their vegan meat products internationally, making plant-based diets easier to adopt for more people. The Beyond Burger, for example, sold out just a few hours following its debut in Germany’s 3,200 Lidl grocery stores. As a global influencer, the United States is proving that it has immense potential to positively shape global food trends for a healthier planet.

Humans do not actually want other creatures to suffer. Most of us, even people who still eat animal products, are opposed to the inhumane conditions that animals in factory farms and slaughterhouses endure. New Zealanders are inspired to act on behalf of the animals, as the protest in Auckland showed. Each one of us, by converting to a vegan diet, can personally reduce the suffering of animals caused by the food industry. Just because slavery was once common does not mean that it was ever justified or morally sound. Just because many people still eat meat does not mean that killing animals for food is morally acceptable. We are each accountable for our own individual actions – remember that the next time you visit the meat aisle of your local grocery store. 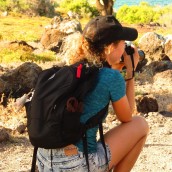 Tatiana is a global citizen who recently finished her master's degree in environmental engineering and science at Stanford University. She is currently living in Christchurch, New Zealand, where she works as an assistant manager at EcoVilla, a small vegan eco-hotel.