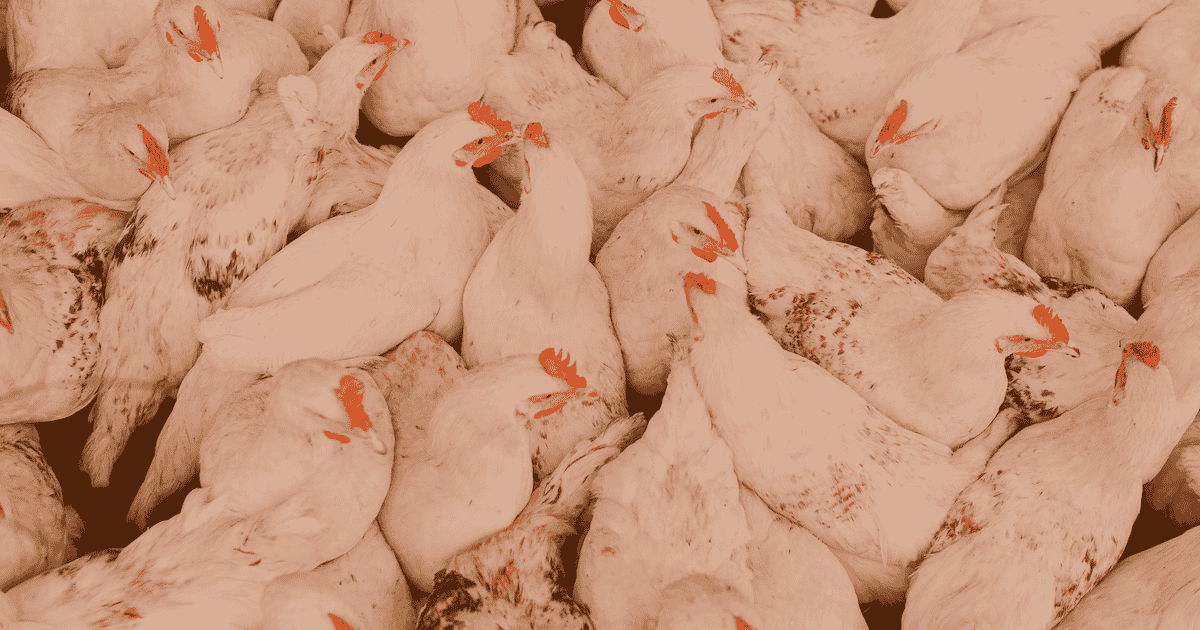 Reading the news coverage of the global avian flu outbreaks that have resulted in the deaths of more than 40 million captive and wild birds to date, you’d be hard-pressed to determine why the situation is so dire. Take a recent article by the Guardian, for example, “Bird flu spreads to bald eagles as outbreak sweeps across U.S.” by Maya Yang.

Citing the U.S. Department of Agriculture, the article explains that wild birds can be vectors for the virus even if they don’t fall ill themselves and that when they migrate they “can carry the disease to new areas” and “expose domestic poultry to the virus.”

What it fails to mention is the likely role played by the intensive farming of poultry including chickens, ducks, and turkeys, in both making the virus more deadly and passing it back to wild birds.

Sign up to The Correction: a newsletter for the critic in all of us

A report by two experts in epidemiology and animal health commissioned by Open Cages in 2020 describes how intensive poultry farms provide the perfect conditions for viruses to mutate and spread among overcrowded flocks and beyond the barns to which the birds are confined. A study of the links between zoonotic diseases and agricultural intensification found that both extensive and intensive poultry farming likely contribute to the emergence of highly pathogenic strains of avian flu.

Flaws in biosecurity practices increase the risk of contamination elsewhere on farms including feed and water sources that attract wild birds. The movement of billions of live birds around the globe, along with poultry products, animal waste, and farm equipment moved domestically and internationally can also contribute to the spread of new strains of flu that can then get transmitted back to wild birds.

The Guardian article also mentioned that the risk to human health from bird flu is low. But understanding the real health risks the outbreaks pose requires further context. With the rapid expansion of intensive poultry farming in the past decades, the opportunities for humans to come into contact with infected birds or contaminated items have significantly increased. Meanwhile, different strains of avian flu have jumped from birds to humans, including 19 new cases in China recently, and the first-ever case of the highly pathogenic H5N1 strain in the UK in January.

While it’s important to keep the risks in perspective, they should not be glossed over entirely, nor should the connection between the poultry products in our supermarkets and the potential harms to human health.