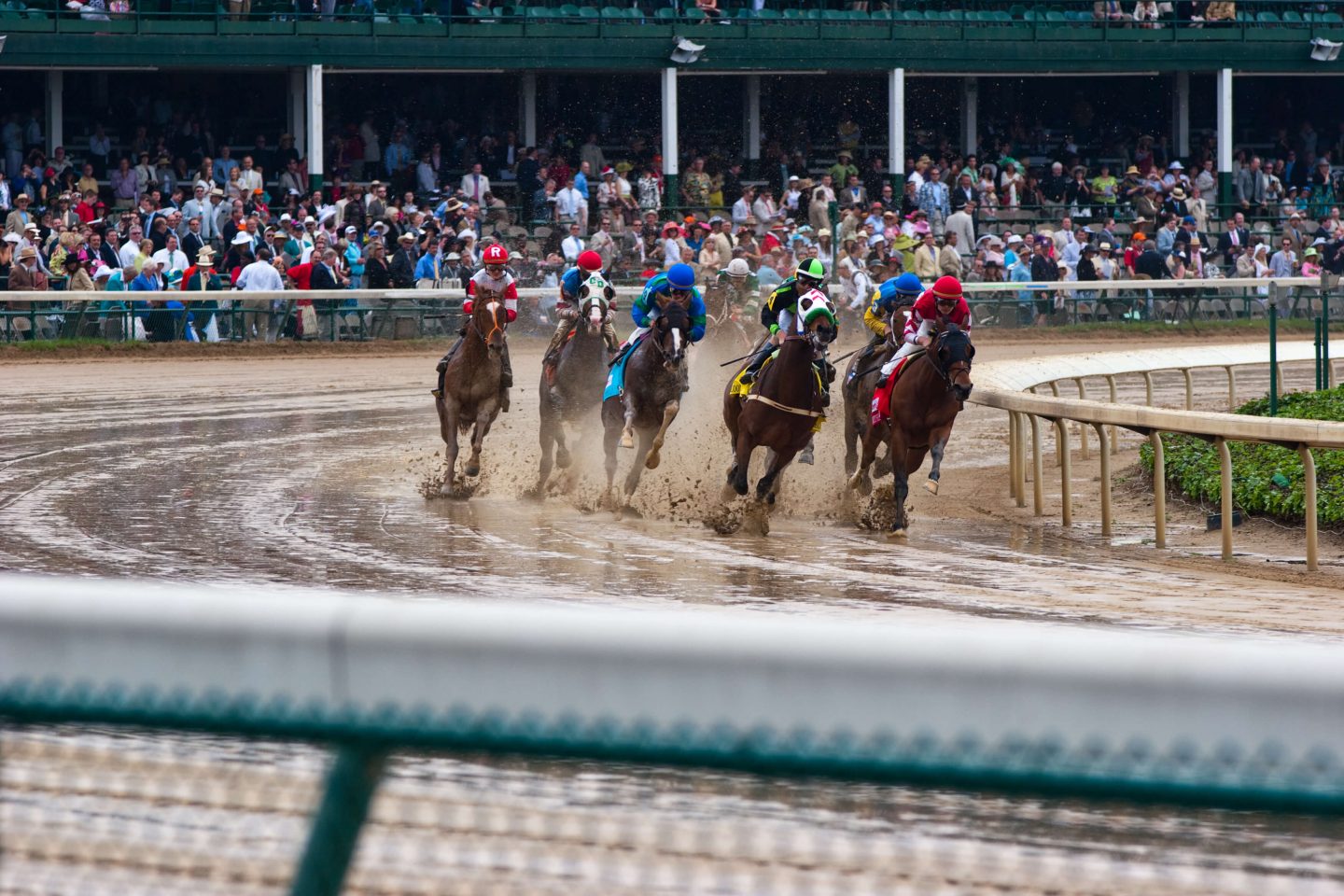 On Sunday, President Donald Trump criticized the Kentucky Derby, the nation’s largest annual horse race. Not on behalf of the 24 horses that collapse and die every week at race tracks across America, but the questionable outcome of the race.

The Kentucky Derby decision was not a good one. It was a rough & tumble race on a wet and sloppy track, actually, a beautiful thing to watch. Only in these days of political correctness could such an overturn occur. The best horse did NOT win the Kentucky Derby – not even close!

Trump’s comments came in response to the winning horse, named Maximum Security, being disqualified for lane interference. But eschewing political correctness, it’s time for us disqualify the entire race’s existence. Horse racing is an inhumane game that robs compulsive gamblers of their life savings and citizens of their tax dollars.

And this is by no means a controversial view either. America’s anti-horse racing sentiment is vocal and growing. Horse racing was once the most popular spectator sport in the country in the 1800s, at a time when everything was boring. But horse racing now sees the lowest attendance rates in its history, and in the absence of paying customers, millionaires whose horses win the Derby receive their prize money from local and state taxpayer subsidies.

Public opinion has also clearly turned against the corporations managing race tracks. The Humane Society of the United States maintains, as most Americans now believe, that whipping horses in training and races is unnecessarily cruel.  And two U.S. senators even announced legislation this week to ban the practice of doping horses with drugs to numb them to the pain of races.

Many countries ban such drugs, but U.S. racehorses are often given the drug Lasix, which is used to “minimize swelling and bleeding in the lungs.” But if animals are bleeding from their lungs for gamblers’ entertainment, this sport should be retired altogether–with or without painkillers.

And these injuries are by no means rare. Racehorses are routinely maimed while “competing” for their owners’ bottom line. Forced to their physical limits before their bodies are fully grown, horses frequently snap their leg bones, spines, or necks with falls at over 30 miles per hour. These on-track deaths have risen nearly 40 percent over the last two decades, according to Dr. Rick Arthur, the Equine Medical Director of the California Horse Racing Board.

Ultimately, the kill rate of this sports stands at 100 percent. Owners routinely sell even winning horses to slaughter in Canada, Mexico, or Japan, putting profit over horses’ well-being. After retirement, Kentucky Derby winners like Ferdinand have their skulls fractured by captive-bolt guns and their throats cut to produce meat or glue products after their semen is collected for breeding purposes.

Nearly 80,000 horses are shipped abroad for slaughter every year, even though over 80 percent of Americans support banning this killing.

Even more jarring is that Congress almost legalizes horse slaughter in the U.S. every time the federal farm bill is renewed because rural special interests line up behind unscrupulous politicians. Cattle companies want fewer wild horses on federal lands, and horse breeders want a profitable way to dispose of horses if they’re injured by races or unwanted.

And like most institutions that exploit animals, horse racing is also hugely destructive to humans. As CG Sports, an online horse race gambling platform, even admits, “horse betting is the most available and dangerous betting alternative.” Indeed, betting at the race tracks activates the same areas of the brain as casino games and can open the door to excruciating addictions. One bank’s vice president started out betting small amounts on horse races, but soon was drowning in over $600,000 in debt as his hobby became an obsession.

Nonetheless, the state of New Jersey, with one of the worst-funded pension systems in the nation, wasted $20 million taxpayer dollars to subsidize corporate race tracks. And race tracks in states like Maryland lobby our elected officials to subsidize the creation of slot machines and other gambling operations at our expense.

There are a number of reforms that could be pursued. States and localities could require drug tests for horses every race, banning owners who use doping. States could reduce some injuries by banning the racing horses under their development age of six since the Kentucky Derby races infant horses as young as age three.

But none of these piecemeal “solutions” get to the heart of the issue. Horses are living, breathing, and feeling beings that humans should have no right to exploit. Conservatives like Trump might even find common ground with animal advocates on these issues because the races are a form of gambling subsidized at taxpayer expense.

It’s time to permanently retire the Kentucky Derby to the pages of a history textbook. We must take a stand to establish fundamental standards of decency for animals, even when it’s not politically correct to do so.