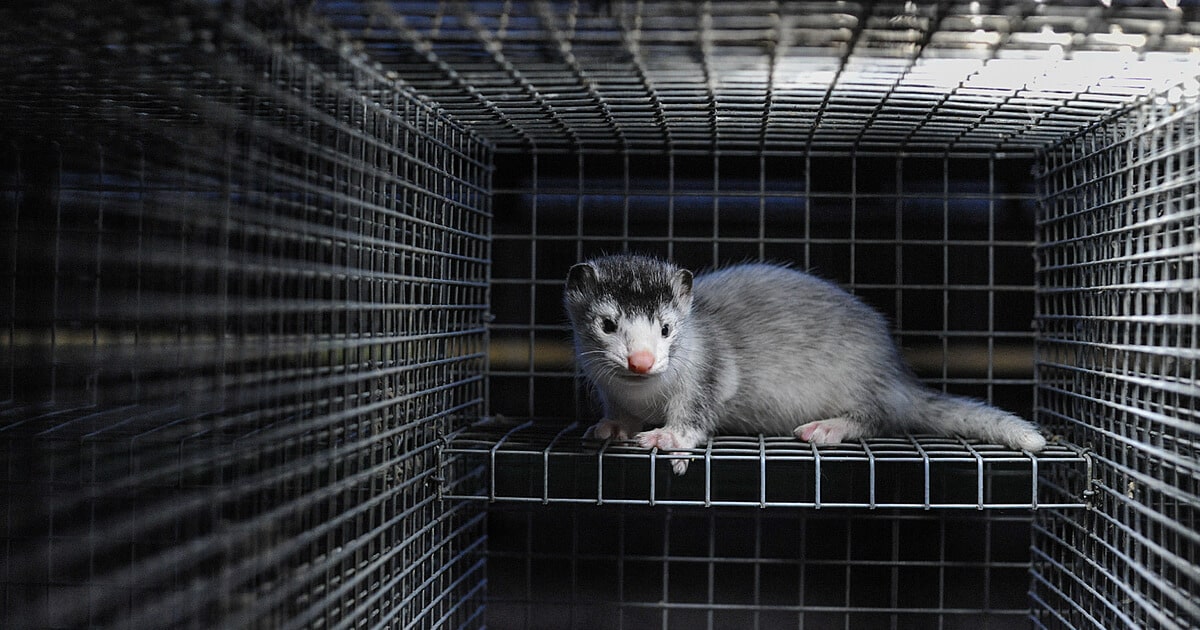 In the 1950s in the United States, an underground economy operated in which stolen pets would often be sold to animal researchers for medical experiments. The poster child for the first animal welfare law was Pepper the dalmatian. Pepper’s 1965 dognapping led her owners to drive throughout Pennsylvania searching for her and to garner the support of animal advocates, the police, and ultimately Capitol Hill lawmakers. Pepper’s family found out about her death after she was cremated, following a failed experiment at a New York hospital’s facility for research into cardiac pacemakers.

After Pepper’s story came out in Sports Illustrated, animal advocates worked with Life magazine the next year to show the terrible conditions in which dogs were kept prior to being sold to a medical research facility, provoking a national outcry over the treatment of animals as test subjects.

What Is the Animal Welfare Act?

Originally passed in 1966, the Animal Welfare Act, or AWA, is the primary federal law that protects nonhuman animals in the United States. Its regulations are limited and provide minimum standards for the way animals are treated in specific settings.

What Is the Purpose of the Animal Welfare Act?

The Act authorized the US Department of Agriculture (USDA) to regulate and enforce the law, and this oversight is done through the Animal and Plant Health Inspection Service (APHIS) Animal Care program. What follows are some highlights and top-level summaries of major changes to the law.

The inaugural 1966 law aimed to prevent pet dogs and cats from being stolen and sold to be used for laboratory experiments. It also set up standards to protect dogs, cats, and specific other animals in their care and treatment by animal dealers and research facilities. These other animals were hamsters, guinea pigs, rabbits, and nonhuman primates.

Starting in 1967, animal dealers had to get a license, and research facilities that intended to use cats or dogs in research, tests, and experiments had to register with the USDA. The Act allowed the USDA to conduct unannounced inspections of facilities, and to require that dealers and research facilities maintain specific records. Records of the identities of cats and dogs were prioritized over those of monkeys, guinea pigs, hamsters, or rabbits.

Animal dealers were defined as people who transport, buy, or sell dogs or cats for research purposes. The Act only regulated dealers and government-funded research facilities that were doing business across state lines or within US territories, possessions, or the District of Columbia. Regulations and monitoring resulting from the Act did not apply to animal dealers and research laboratories that operated within one state or that received no government funding.

The original Act focused primarily on how animals were acquired and treated prior to their arrival in the setting of a laboratory experiment.

Several amendments were made to the 1966 law in 1970, including a name change: it would now be known as the Animal Welfare Act. The definition of animal was broadened to include all warm-blooded animals used in research or for exhibition or held as pets for sale. Farm animals and horses not used for research were excluded from this definition.

Exhibitors such as carnivals, circuses, and zoos were added to the list of entities regulated by the Act. The definition of exhibitor excluded rodeos, retail pet stores (unless the store was selling animals to an exhibitor, dealer, or research facility), agricultural exhibitions, and pure-bred dog and cat shows.

The 1970 amendments gave the USDA new but very limited authority to regulate the use of pain-relieving medications (anesthetics, analgesics, and tranquilizers) during experiments on animals in research facilities, by including that use within the phrase “adequate veterinary care.” The definition of a research facility was also expanded to include facilities that were using live animals as defined by the Act, not just cats and dogs.

The term “handling” was added to the list of practices that the law would regulate: transportation, purchase, sale, housing, care, and treatment. The definition of ‘dealer’ was also broadened.

The 1976 amendments made animal fighting illegal and generally exempted hunting animals from the law. The amendments also broadened the Act to regulate all commercial transportation of animals, requiring carriers and intermediate handlers to now register with the USDA. A carrier was defined as an operator of an airline, railroad, motor carrier, shipping line, or other business that transports animals for hire. Among other changes, amendments continued to expand the definition of dealer and the authority of the USDA to regulate record-keeping.

The AWA was amended in 1985 to establish Institutional Animal Care and Use Committees to oversee the treatment of animals, as a way to make research facilities more accountable to communities with an interest in animal welfare. In addition, researchers would have to consider alternative procedures to minimize pain and distress in live animals who were subjects of their experiments. The amendment established an Animal Welfare Information Center at the National Agricultural Library.

The 1985 amendments were passed as part of the Farm Bill, also known as the Food Security Act of 1985. The amendments were titled, “Improved Standards for Laboratory Animals Act.”

In 1990, amendments to the AWA were passed to require pounds and shelters to hold cats and dogs for at least five days before they were sold to dealers, and dealers would have to keep a written record that included where their cats and dogs had been bred and raised.

Amendments to the AWA in 1990 were passed as a section titled “Protection of Pets,” also known as the Pet Theft Act, within the omnibus Farm Bill passed that year, or the Food, Agriculture, Conservation, and Trade Act of 1990.

Rats, birds, and mice bred for research were excluded from the definition of animal in the 2002 amendments to the AWA, which formed part of the Farm Bill passed that year—the Farm Security and Rural Investment Act of 2002. The ongoing impact of these amendments is that 95 percent of the animals used in research are no longer protected under the Act.

The 2008 amendments to the Act increased the maximum penalty for each violation from $2,500 per animal per day to $10,000. Penalties and prohibitions related to animal fighting were also increased. In addition, the law called for an independent review of the use of Class B dealers by National Institutes of Health researchers. The USDA would need to make recommendations to Congress based on the review.

Dogs that were imported for resale would now have to be six months old, “in good health, and have necessary vaccinations.”

The amendments were passed as part of the Farm Bill that year, the Farm Security and Rural Investment Act of 2002.

In 2013, amendments to the Act excluded owners of common pets who live under the same roof as their exhibited animals from the definition of exhibitors, as long as the exhibitor did not make a substantial portion of their income from animal exhibitions.

What Animals Does the AWA Cover?

The AWA covers warm-blooded animals used in research, exhibitions, breeding for sale, and in transport, though there are many exceptions: rats, mice, and birds bred for use in research, horses not used in research, farmed animals, amphibians, reptiles, fish and invertebrates. While the AWA technically covers birds, birds are not actually protected as there are no regulations put in place to do so. “Free-living wild animals” in their natural habitat are also covered by the Act to some extent, according to an Association of Fish and Wildlife Agencies webinar.

There are four types of activities that the Act covers, listed below.

There are two types of dealers. Class A dealers sell animals that they breed and raise. Class B dealers buy animals and resell them, in addition to perhaps breeding and raising.

Class C license holders are exhibitors, which include zoos, entertainment acts, and people who use animals in movies.

Anyone that is paid to transport or help transport animals must register with the USDA, including airlines, shipping companies, and individual handlers.

What Animals Are Not Protected by the Animal Welfare Act?

The way that the term “animal” is defined excludes most animals who are used for laboratory research. The Act excludes birds, rats, and mice that are bred for research. It also excludes farmed animals or animals used in agriculture, invertebrates, reptiles, and amphibians.

Other animals that are explicitly exempt from protection under the Act are animals used in “activities related to food, fur or fiber,” horse races, dog races, and field trials, according to a USDA webinar for the National District Attorneys Association. Animals on hunting or game preserves, or on sanctuaries that are not engaged in exhibitions or other AWA-regulated activities, are also excluded from AWA protections. The Act also does not regulate the care of pets and companion animals by their owners or by retail pet stores.

What Are the Animal Welfare Act Penalties?

The USDA APHIS Animal Care program had about 120 inspectors who worked from home in 2015, half of whom were veterinarians, while the other half had strong backgrounds in working with animals. Inspectors conduct unannounced inspections and cite non-compliant features of facilities that they inspect into a database. The USDA Office of Inspector General has also conducted investigations of dog-fighting that involved undercover tactics.

To enforce the AWA, the USDA issues official warnings, with fines either issued directly or through an administrative hearing process. The USDA can also suspend and revoke licenses through administrative hearing processes. The USDA can confiscate animals who are suffering as a result of AWA violations, usually giving a 12-to-24 hour window to alleviate the suffering.

The list of animals that are not protected by federal law is significantly longer than the list of animals that are protected by the AWA. Species that are regulated by the Act are limited to those used in research, shown to the public, bred for sale as pets, or transported. Even within the realm of animal-based biomedical research, for example, there are no protections for the care of animals in their post-laboratory lives. Websites such as the Animal Welfare Institute and the Animal Legal and Historical Center at Michigan State University are resources from non-governmental organizations that can provide a more detailed legislative history of the AWA, and context for efforts to expand the number of animals protected by law.

This Kansas Farm Is Making Headlines—for All the Wrong Reasons