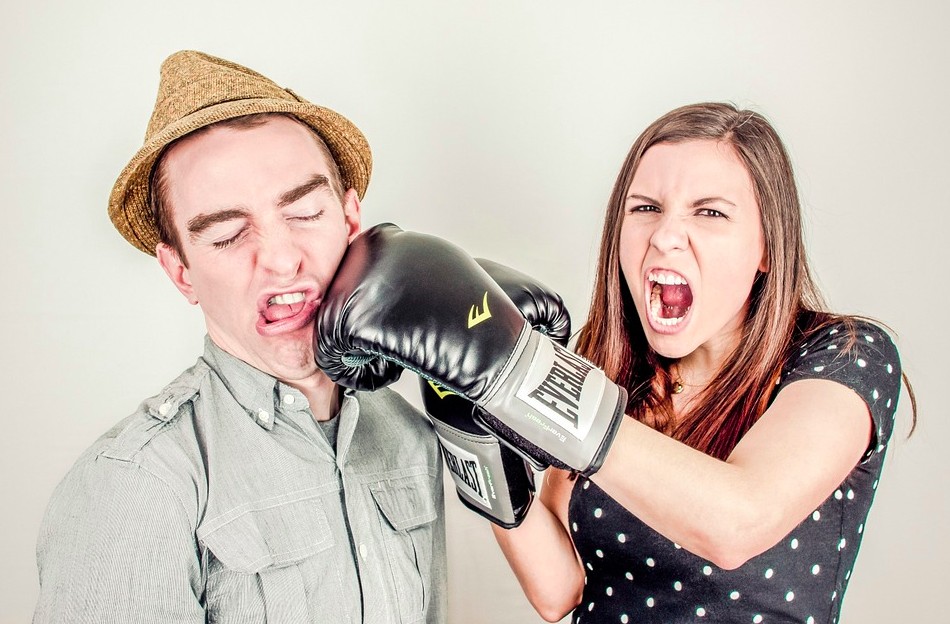 Yeah, you, the crusty vegan hippie in Berkeley. And yes, I’m also talking to you, vegan professor of environmental studies at Oxford. And you, 67-year-old retired Marine and recently converted vegan in Buffalo.

You all need to stop fighting amongst yourselves right now. All of you.

I am sick and tired of the vegan infighting and how it is making a mockery of our supposed-to-be compassionate ways.

If we are going to care about all sentient beings can we start caring (at least a little bit) about each other, too? Please?

Can we start focusing on what’s actually important? You know, helping meat-eaters and vegetarians understand more about animal cruelty and the needless suffering and slaughter of trillions of sentient beings that their dollars are supporting? Fighting with your vegan friend who eats Impossible Burgers because they once tested on animals isn’t helping. We all know they tested on animals.

And do you know what else would be nice?

If you would stop trying to one-up your fellow vegans by showing them how vegan you are. It’s not a race. There is no Vegan Mountain with a pedestal waiting for your oh-so-vegan feet to stand upon.

And to the vegan over there in Seattle that thinks you’re so vegan that your vegan shits smell like kale. We know. *Some* avocados come from plantations that use migratory bees that were trucked in. That doesn’t mean *all* avocados are the plant-based equivalent of bacon. They’re not.

And while we’re at it. Not all palm oil comes from the forced labor of animals. I live in Brazil. Guess what there is a lot of down here. Palm oil. And guess who’s harvesting that palm oil? People. People that are paid money. Does their job suck? Maybe. Do they make far too little considering how hard they work? Absolutely. But they are working to make ends meet. Not all palm oil comes mixed with the blood and tears of monkeys.

It’s time that we stop this nonsense because it is doing two things that drive me, and countless other vegans, absolutely bonkers.

First, it makes vegans look like whiny and pretentious people that care more about flashing their vegan badge in public than actually caring about animals in the first place.

Second, and much more importantly, you are spending your time and energy on something that is going to do nothing positive for animals. Remember: this is about the animals, not your vegan clout. Veganism isn’t gamified and you aren’t racking up points by attacking other vegans (though if you are, let me know where I can check my score).

And if you think that *I* am attacking vegans with this post, think again. This is a call to arms. The fact that you are a vegan already wins my undying respect. Your commitment to the animals is honorable and I cheer you loudly. I’m just tired of watching you fight each other.

And that chicken over there on that toxic poultry farm in Maryland couldn’t care less if you think someone is *less* vegan than you because they aren’t on the street protesting or relentlessly posting on Facebook.

And do you know what? The trillions, yes, trillions, of sentient beings that are forcibly pulled out of the oceans and industrial fish farms to be rolled up into sushi are hardly concerned whether or not you have a bamboo straw and are attacking other vegans for not using one too. They would rather you exert your time and energy on talking to people who actually *eat fish* and pay for the massive by-catch and oceanic destruction on why they shouldn’t.

It is time we stop this bickering. It isn’t healthy for us and it isn’t positive for the animal rights movement in general.

If you really want to make a difference beyond the amazing difference you are *already making* by being a vegan in the first place then you need to stop fighting other vegans and bring that passion to those who need to hear it the most.

Last I checked, there are no vegan Olympics. None of you vegan social media warriors are going to win a medal for out-veganing the other vegans.

You might think that you are making a difference but you aren’t. You are alienating your allies. If you really cared about animals or the environment like you claim you would focus on building a movement that is actually compassionate and truly cares about delivering the right message to the right people.

Most of the time I wish I wasn’t even a part of these vegan groups on social media because of the incessant barrage of hate-filled comments that undermine the very reason we got into veganism in the first place. Compassion for others.

These groups should be used for organizing and sharing great ideas, not attacking every single vegan that thinks or acts just a little bit differently than you.

So, you, angry vegan that is a member of a thousand vegan groups on Facebook but not a single vegetarian group, get your act together.

Channel the compassion you have for animals and share your passionate reasons and arguments for being a vegan with non-vegans.

That’s what you should do if you actually want to make a difference for animals. A vegan fighting another vegan instead of having a civil dialogue with a vegetarian or a meat-eater does nothing but waste both of your time.

That time could be used for something useful. You know, like persuading someone who actually eats meat to become a vegan instead of shaming another vegan for not being as vegan-y as you.