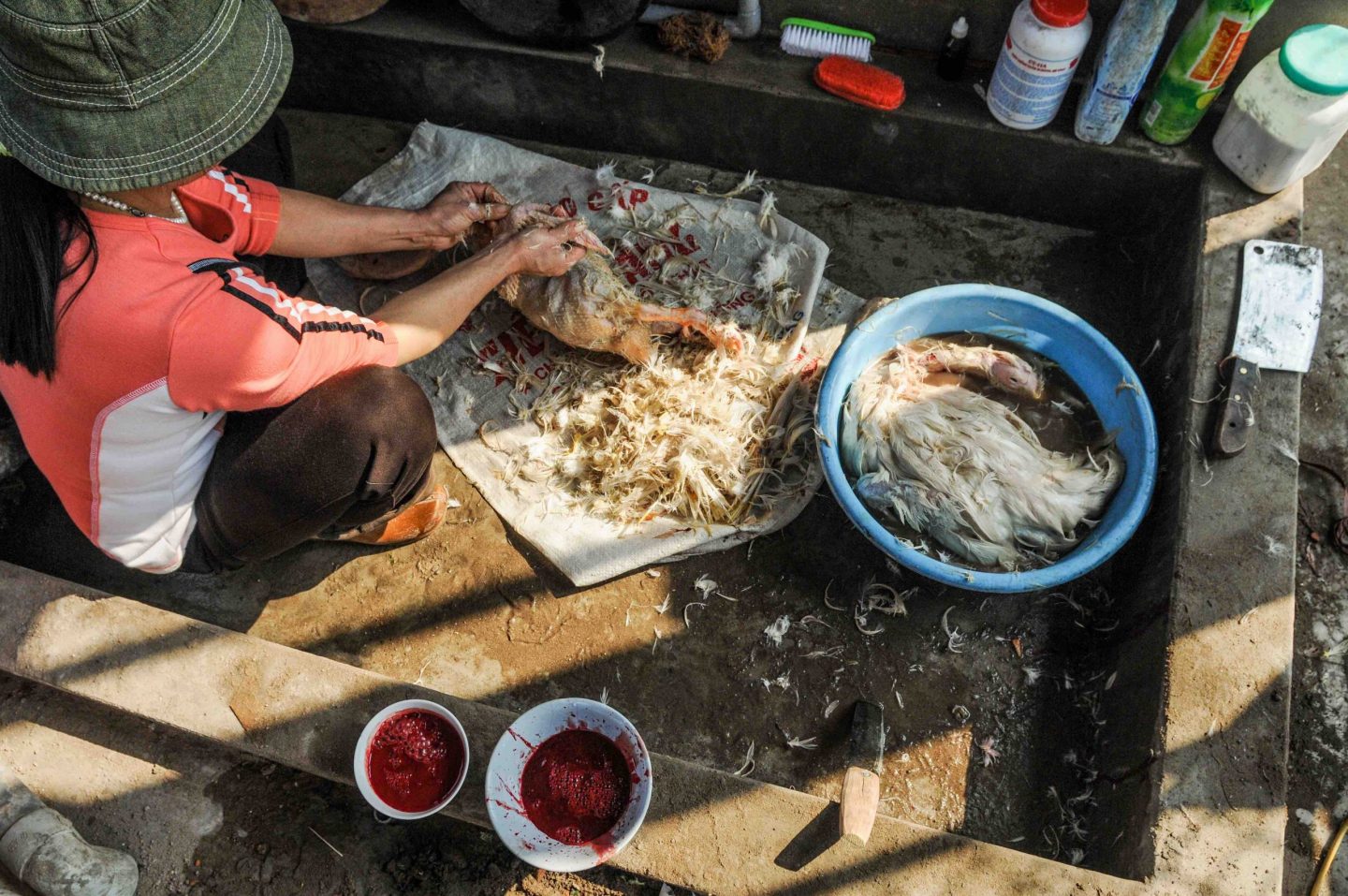 We Need To Evolve: The Gastro-Cultural & Ethnomedical Traditions That Got Us Here

For years, Asia’s wet markets were lauded as exotic travel destinations by the West. The operations are every bit as novel as they are deadly. Butchers kill animals on-site to ensure freshness. Vendors douse their stalls in water to wash off the blood. Wet markets cram 72 species under one roof, and as recently as 2006, The New York Times raved about their authenticity. But during the coronavirus pandemic, the once-popular wildlife trade has taken on a new meaning. Since the novel coronavirus first made headlines in late December, China has taken some proactive steps to stem the spread of disease, such as closing the Wuhan market where experts believe the outbreak originated and banning the consumption of wild animals across the country.

Many fear the ban will lift as soon as the pandemic ends. With China claiming victory over coronavirus and restrictions beginning to ease, wet markets could reopen any day now. Outside of the country, wet markets are choosing to remain open during the crisis. “I’ve visited and documented many such markets over the years and, though no two are the same, I’m always struck by their shared, defining sense of raw chaos,” writes Guerin.

Here, a Taiwanese fish market worker can be seen cutting off a turtle’s shell while it is still alive. Turtles are considered a delicacy in Taiwan, Singapore, and China. The meat, skin, and innards are sold used in a variety of preparations, including turtle soup. These traditions, written off as uncouth by most Westerners, put thousands of people in extremely close quarters with disease-carrying animals they would otherwise never touch. The scene is unimaginable.

“There’s a constant roar of shouting, haggling customers and the puttering engines of scooters as they snake their way through narrow rows of vendor stalls. Meat cleavers rhythmically pound through impossibly large chunks of flesh, flicking bits and juice with each repeated chop,” Guerin continues. “Sometimes adding to this ambiance is the sound of a live animal who has been chosen from a crate and now attempts one last desperate escape before they are butchered and deconstructed in front of a waiting buyer.”

The lack of food safety precautions—specifically, the proximity of raw meat to wild animals—is a stark reminder that virtually every aspect of Asia’s wet markets is a vehicle for disease transmission. Much like factory farms, wet markets operate on efficiency with no legal protections for the animals they bind, cage, and slaughter.

Many of Taiwan’s wet markets, We Animals Media reports, are attached to government-owned slaughterhouses that received newly slaughtered chickens throughout the day. On a busy day, meat stall vendors break down thousands of pounds of meat into smaller, more sellable chunks, often hanging the heads and entrails above their stall windows to show off the freshness of their products.

But their motive is to maximize profits, not public health. Although scientists have not yet determined exactly how the new coronavirus first infected people, evidence suggests the coronavirus responsible for the COVID-19 pandemic originated in bats, which infected another animal, possibly a pangolin, and then spread to humans at a seafood market in the southeastern city of Wuhan.

The virus responsible for the COVID-19 outbreak, SARS-CoV-2, isn’t the only coronavirus capable of infecting humans. “There’s a vast number of viruses in the animal world that have not spread to humans, and have the potential to do so,” Robert Webster, an influenza specialist, told the Associated Press (AP). Coronaviruses have already caused two large-scale pandemics, SARS and Middle East respiratory syndrome, in the past two decades. In both cases, humans contracted the virus at a wildlife market.

In response to COVID-19, Chinese officials say that of the 1.5 million wildlife markets and online operators they inspected last month, about 3,700 markets have been shut down, along with 16,000 breeding sites.

The Chatuchak Market in Bangkok, Thailand, is one of the world’s largest wildlife markets—making it one most prone to cross-contamination. Vendors sell caged animals many Westerners would consider pets, such as dogs and cats alongside exotic animals like cockatiels and parrots and food animals like pigs and chickens.

According to a recent report from the AP, before the outbreak began, it was legal to sell 54 species like pangolins and civets as long if they came from a farm. But wildlife activists recognize how difficult it is to distinguish between legal and illegal wildlife in wet markets. The report describes a widely shared image of a Wuhan market advertisement listing 72 species, including peacocks and bullfrogs, as “proof that the trade is too lucrative to be stopped by anything less than a total ban on all wildlife.”

In Taipei, many of the animals sold in wet markets were caught illegally, a local correspondent told We Animals Media. Without proper virus monitoring, wildlife consumption poses a direct threat to public health. Some officials argue that the outright ban of wet markets would be counterproductive, as it would encourage the illegal wildlife trade. On farms, animals could get screened for coronavirus.

Fish markets, like the one in Wuhan, are the busiest at night. Truckloads full of fish, both dead and alive, arrive in the early morning hours from fishing vessels to wet markets across Asia. Many are killed upon arrival, usually by clubbing with a long metal rod. Others are kept alive in buckets no bigger than a kitchen sink.

Inside wet markets, even the most basic health codes are nonexistent. Blood, feces, and pig parts cover the grim stalls. Vendors stack wild animals in cages six-feet-high along the market’s narrow walkways. Because sellers often refuse to disclose where their animals come from, or whether or not they caught the animals legally, it is increasingly difficult to monitor the different pathogens that animals are carrying into the market. As a result, infectious diseases fester in the markets’ untempered filth.

This vendor is using a blow torch to remove the hair from pig skins after butchering them. The skins, which harbor parasites like roundworms and tapeworms, are sold raw for consumers to prepare at home. In the next room, slabs of pig meat are stacked two-feet high under small ceiling fans.

“It is the living proof of what has been true all along,” Guerin remarks. “Be it pig or pangolin, we are never as removed from animals as we would like to pretend.”