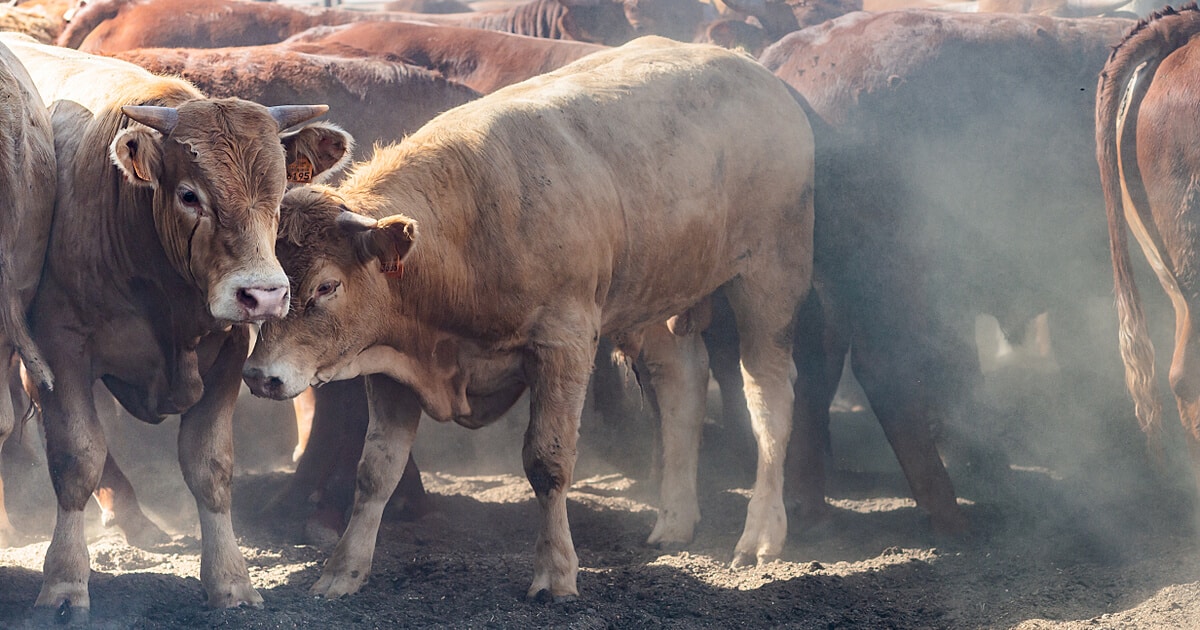 Poultry Farming: What You Need to Know About This Highly Secretive Industry

During my second year of university, I first learned about the conflict between biofuels and food security. The argument says that using land to grow crops to burn as fuel is unethical in a world where people are already starving. Around the same time, however, I discovered that the livestock industry uses a disproportionate amount of land to produce its products. A study published the following year found that the industry uses 83 percent of farmland, for only 18 percent of calories. Taking this into consideration made me realize that the biofuels argument was a little more nuanced than the way it was presented to me.

At the back of the classroom as the lecture continued, I came up with what seemed like a logical idea: Couldn’t we just consume less meat and learn to use land more efficiently? We could feed everyone and grow biofuels at the same time, without having to clear more land. Curious as to whether this question was being asked within the scientific community, I meekly approached my professor as my classmates scuttered out of the room behind me. Sadly, her answer was no, and in the years that have followed, it looks like nothing has changed.

The report released earlier this month by the Intergovernmental Panel on Climate Change (IPCC) was declared a “code red for humanity.” We have only a few years left to implement policies and solutions that decarbonize our world if we want to have any hope of meeting the targets set out by the Paris agreement in 2016. Earlier this year, the IPCC also released another report—in conjunction with the Intergovernmental Panel on Biodiversity and Ecosystem Services (IPBES)—which highlighted a conflicting problem: actions to reduce our carbon emissions usually make the biodiversity crisis worse.

Although it is vital that we stop emitting carbon to avoid the impending apocalypse, it is equally important to protect the biodiversity that remains on Earth. If we don’t, ecosystems will collapse, further exacerbating issues like food security. The reason climate solutions might destroy vital ecosystems is that they require land, and land use is the leading cause of biodiversity loss. Using land for climate solutions that only allow Westerners to maintain their way of life puts Indigenous and other communities in the Global South at risk. But, much like the question I asked my professor, can’t we just change the way we consume so we don’t have to clear any more land?

First, we should understand what I mean by climate solutions. These solutions would help us move away from fossil fuels, or reduce the levels of carbon dioxide and other harmful greenhouse gases in the atmosphere. Climate solutions span many different industries, from mining for metals to build batteries for energy storage and electric cars, to clearing land for solar and wind farms, or tree planting projects as an attempt to sequester carbon.

Strategic materials made from fossil fuels are another problem to consider. Plastics, for example, are a product of the petrochemical industry. Synthetic rubbers, which make up 65 percent of the world’s rubber supply, are the same. Aside from single-use products that we could replace with more sustainable alternatives, these materials have uses in important areas like healthcare. Therefore, their production is necessary, and natural solutions need to be developed to replace these materials.

While seaweed is a strong contender as a worldwide bioplastic, rubber comes from terrestrial plants. The Russian dandelion is being developed in different parts of the world as a way of growing rubber in temperate climates. To grow such plants, we would require even more land, further worsening the biodiversity crisis. All of this would, in theory, be occurring alongside an increase in meat consumption, which is expected to rise in the coming decades. And it just so happens that more of the world’s habitable land is used for rearing animals than is occupied by forests.

Something has to give. If not, the need for land from all of these solutions will compound, leading us out of one crisis and into another. Where some products are necessary, others are a luxury we don’t need. Without rubber, we can’t make tires for bikes; without lithium, we won’t be able to make enough batteries to decarbonize our energy systems; but without meat, we can still thrive. Significantly reducing our meat consumption would free up land for other, more necessary projects. A ranch in Wyoming, for example, is currently blocking America’s biggest wind farm from being built.

Although Meatless Mondays-through-Sundays would free up the most land, it is only the first step in the process. For such an initiative to succeed, we would have to ensure that the land wasn’t passed from one corporate interest to the next. This would require government intervention and a complete overhaul of our food systems. Meat alternatives—whether in the form of legumes or cultured & plant meats—would have to be deployed en masse, which would require funding. Indigenous communities whose land was stolen must have their ancestral homes returned to them. Workers located in areas where changes would be made must be trained and given the necessary tools, information, and support to succeed in new industries. They should, on top of this, have a say in how the land around them is used.

A truly just energy transition will require us to change other behaviors too. The demand for electronics and therefore lithium is driving Indigenous people out of their land on the Atacama salt flats in Northern Chile. Giving up meat won’t stop this from happening, but changing the way we consume electronics, and how we recycle them could. This plays into a bigger overall point: our way of life and what we choose to consume on a daily basis must change if we want to have any hope of overcoming the climate crisis. An exact copy of our world—one in which our consumption of burgers and iPhones can continue unfettered—that runs on renewable energies is impossible in practice, and any attempt to pursue this dream will only further entrench inequalities and worsen the biodiversity crisis.

The message of the climate movement is clear: stop fossil fuel extraction and move to renewable energies. This is a good start, but it doesn’t go far enough. Reducing meat consumption is a major part of building a sustainable world, not only to reduce the emissions associated with the sector, but also to free up land that can be used for the solutions we desperately need. There is no one solution to this crisis, and we must leverage all of the tools at our disposal. It’s time to add more nuance to the climate conversation and move away from the kinds of arguments like the one that was offered to me during my studies. That’s the only way we’re going to build the carbon-neutral, biodiverse, and just future that we all keep talking about.