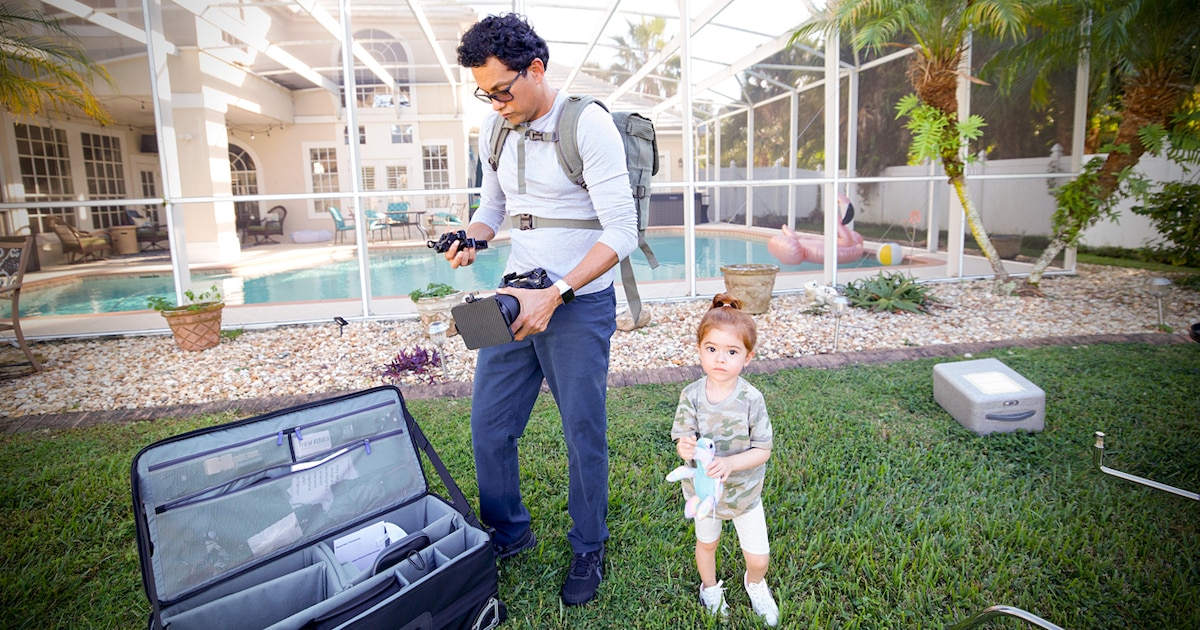 Where on Earth Does Gelatin Come From?

When they’re not filming, producing, or editing the stories of animal rescues and rescuers through their nonprofit, i Film Heroes, Cristian and Ariana Rubén spend their time keeping up with their rambunctious three-year-old daughter, while also tending to the newest member of their family, a three-month-old baby boy. That is exactly what they were doing when they sat down with Sentient Media’s Grace Hussain for an interview on a sunny Thursday afternoon early this spring. The couple took turns tending to their children and answering questions about their growing body of work.

This interview is part of a new series, Sentient Media Spotlight, that celebrates people making a profound impact in their communities.

Grace Hussain: What’s the story behind i Film Heroes?

Ariana Rubén: When I met Cristian, he wanted to do something more meaningful with his photography skills. We started by photographing cats and dogs in need of rescue which escalated into recording rescue stories with organizations or people. One of our early stories focused on a backdrop painter whose dog helps with her depression and has helped her become a better person. Our goal with our stories is to connect people with animals and empower them to contribute to helping a cat or dog whether it be sharing on social media, fostering, volunteering, or using another skill that they have.

Recently we’ve started making hour-long film-length stories that go more in depth into a story. Our first, which was recently premiered, focused on the life of a cat trapper and what trap neuter release (TNR) is. Cats are in much greater need than a lot of people realize; they’re not looked at as though they need as much attention as dogs.

We often have people approach us and say that we’re not unique, but we are the only non-profit in the world that advocates for animals using film and photography the way that we do. Everything is so visual now that we feel that people will watch our content and enjoy it without necessarily realizing that they are also learning. It is real, nothing is scripted.

Many of our stories are about animals that have already been rescued, and that’s also important. If you show an older animal happy in a family you can inspire others to consider the older pets at their local shelter instead of defaulting to choosing a puppy.

Cristian Rubén: We’re not creating those sad commercials that come on the television and make you change the channel. We’re creating movies through movement, scenery, and drone footage. We aren’t lecturing like many documentaries but instead closer to drama thrillers. Our first film, on cat trappers, was originally meant to be a series of vlogs but during filming, I realized that we were making a film. Our next films are going to have more movement and angles and be even more film-like. They won’t feel like a rescue story but rather a story period. We have the next five movies planned out all focused on incredibly inspirational and impactful stories that we’re fundraising for now.

Grace: How do you hope your stories will impact shelter staff and rescuers as opposed to viewers from the general public?

Ariana: We hope in the future to shadow volunteers in shelters in order to highlight the work they do and show appreciation. Because our stories are focused on real people and stories, we want to shift the way other people think about and understand animal rescuers while also thanking them for the work they do.

Cristian: We don’t target organizations or shelters but rather individuals. We’re after a story that we can tell with drama and content and happiness. People will want to watch that. Many documentaries have interview after interview with different people but all saying the same thing, and we’re countering that. These films we create ourselves, we do the filming and editing. At first, it was overwhelming, but we stuck to it and did a little bit at a time. We taught ourselves how to use different programs and now we have no limitations. Where before there was a lot we couldn’t do because we didn’t know different things in the last six months we’ve really perfected our work.

Grace: Are there any other challenges you face in your work and, if so, how do you overcome them?

Cristian: Our challenges right now are growing the organization and funding. We fund our own movies, but now it’s gotten to the point that we have kids now so we can’t be doing that. We want to start depending more on Kickstarter or revenue from Youtube or social media. We’re working on expanding all our platforms so we’re not sitting around trying to figure out where the money for the next project is going to come from. We’ve gotten in-kind donations, from companies that believe in us, but we also need cash donations.

Grace: Your family is featured on social media quite a bit. What role does family play in your work?

Cristian: We want to go into schools and show our films, but we also want to make films that a family can enjoy together. Beyond that, I want to show that there are no excuses. If we can film, edit, and produce these beautiful movies with children crying and all the stress that creates, then it shows audiences that they can volunteer or donate. Volunteering doesn’t always look like going to a shelter and picking up dog poop; it can also be contributing from home by sharing social media or designing graphics. It’s about encouraging people to use the skills they have to help these animals.

Grace: How can people best support you and i Film Heroes?

Cristian: The simplest way is sponsorship and donations. You can share my Kickstarter campaigns to help fund projects.

Ariana: Sharing our content is also going to help us out a lot long term because what we do is create content. The only way for people to learn about us is to see what we do.

Cristian: If you can’t donate you can leave a like, comment, or share. If you help grow our viewership then we won’t need to worry about the money.

Grace: Is there anything else you’d like to talk about that hasn’t been covered?

Ariana: A lot of people see Hispanics as part of the overpopulation problem due to cultural beliefs of not spaying or neutering pets. Cristian and I pride ourselves in our culture, being the change, and showing people that we’re not the problem. This is an issue globally. You can’t just target one race; it doesn’t do anything for the animals. It should never be about a person’s race or their beliefs. We care about the animals and the people. We care about what they’re learning from what we’re creating.

If more people got together and supported one another, more animals would be saved.

Cristian: The cat trapper movie is a great example because watching it you don’t feel guilty. If you do it that way you get a better response. There’s a place for everything, some organizations and people post pictures of sad animals, but that’s not what we’re doing. We want to be able to inspire children.

You can support Cristian and Ariana Rubén and their organization, i Film Heroes, by donating through their website and sharing their content.