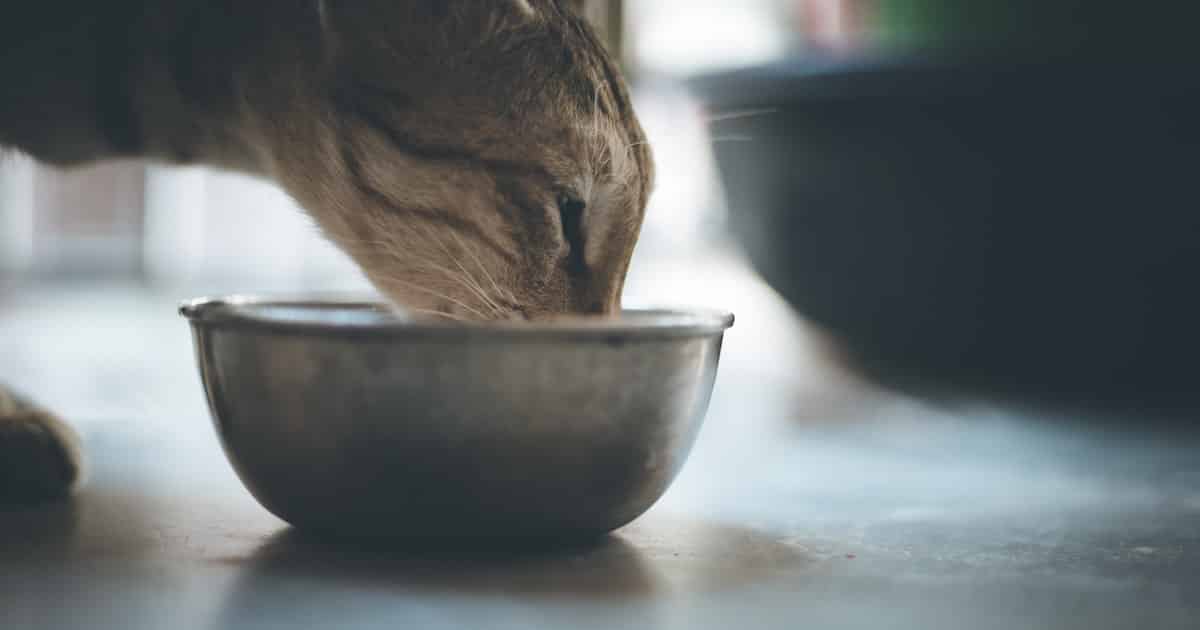 A Brief History of Meatless Meat and Milkless Cheese

Americans adore their companion animals, so much that 67 percent of households have one, according to the American Pet Products. Not surprisingly, the number of households with dogs outnumber those with cats, 63.4 million to 42.7 million.

That might bode well for dogs and cats, but it certainly doesn’t bode well for farmed animals, even fish, given how much food it takes to feed cats and dogs. Consider this: Cats and dogs consume so much meat that if they were their own country, they would rank fifth in terms of meat consumption, according to a study in PLOS One.

Yet while vegan kibble, mainly for dogs, exists, there may be a better option on the horizon, namely cultured meat. The good news? Cultured meat may not only be a safer, more nutritional product than animal-based foods, it will also lessen companion animals’ environmental impact and may help upend the animal agriculture industry.

What is cultured meat?

Cultured meat for dogs and cats is similar to that for people in that it’s made from animal cells. Where those cells come from depends on the company. At Because, Animals, for instance, cells are being sourced from mice for cat food and rabbits for dog food while Bond Pet Foods is currently using blood samples from a chicken to create cultured meat for dogs.

What happens from there sounds like science fiction—until you realize it’s not much different from how cheese or beer, for that matter, is made. “Each start-up is taking a slightly different approach to producing a high-quality meat protein for dog and cat food, but we’re essentially using the same fermentation process as cheese to create a high-value meat protein,” says Rich Kelleman, CEO of Bond Pets.

As Kelleman explains, Bond’s team extracted DNA from a blood sample they took from a chicken at a Kansas farm (where she’s been guaranteed a life free from slaughter) and isolated the part of the DNA that expresses skeletal muscle protein, basically meat protein. That DNA is combined with yeast and put into a fermentation tank. Simple sugars, vitamins, and minerals are fed to the yeasty mixture, and over time, the yeast begins creating meat proteins identical to those produced conventionally on farms and in the fields.

Once that mixture reaches a certain density and composition, it can be dried so what’s left is a concentrated protein with all of the essential amino acids found in traditional chicken meat. That protein can then be used in multiple applications from treats to freeze-dried food. While Bond is starting with chicken because it’s the most consumed meat for people and pets, it plans to grow other common meat proteins used in pet food like salmon and turkey in the future, Kelleman says.

As ingenious as this sounds, there is perhaps an obvious question: Why cultured meat for pets and not, say a plant-based product? Chalk it up to consumers’ attraction to meat. “People want to feed their pets meat,” says Shannon Falconer, Ph.D., CEO and co-founder of Because, Animals. “They have a firm belief that their pets need meat, and it’s easier to give consumers what they want while making it even better than what they’re currently buying.”

Safety and nutritional benefits of cultured meat for companion animals

Cultured meat for dogs and cats may sound strange to many people. Yet these companies are hoping that its two biggest advantages, namely safety and nutrition, will sway consumers to these products.

For starters, cultured meat doesn’t require antibiotics whereas animal-based foods do, and it comes with a devastating consequence. Roughly 80 percent of the antibiotics produced in the United States are sold to the animal agriculture industry, according to a study in the American Journal of Public Health, and it’s fueling antibiotic resistance, which some experts believe could pose a greater threat than COVID-19.

And unlike animal-based pet foods which are often recalled because of bacterial and chemical contamination, cultured meat will be contamination-free. “We know every single thing going into the bioreactors where the animal cells are growing,” Falconer says. “If there is any contamination in the cells in our bioreactor, there is no immune system to eradicate it so we’ll see it immediately, which means the meat we harvest will be free of contaminants and as a result, safer for pets.”

In terms of nutrition, cultured meat for companion animals may also hold the advantage. Not only will these companies be following the Association of American Feed Control Officials’ nutritional standards for cats and dogs, but cultured meat’s nutritional profile can also be fine-tuned. “Because we control what goes into that food, we can decide if we want the food to be more nutrient-rich in certain ways and grow those cells in a way that produces more of that nutrient,” Falconer says.

Plus, because animal-based pet food, namely kibble, has been subjected to such high heat and pressure, it loses many essential nutrients, which have to be added back to the food. Not so with cultured meat. Falconer also notes that the cultured meat from Because, Animals, will include nutrients like Omega-3 fatty acids and probiotics that many commercial pet foods don’t include.

Climate change is not only real, it’s also being driven by animal agriculture. According to the latest research, animal agriculture is one of the leading causes of climate change, responsible every year for at least 37 percent of greenhouse gas emissions. And per the PLOS One study cited above, 25 to 30 percent of the environmental impact of America’s meat consumption comes from dogs and cats, which means that removing animals from pet food would go a long way in reducing their impact on the earth.

There may even be an indirect way that cultured meat for companion animals will lessen their carbon pawprint, namely by putting a squeeze on the animal agriculture industry. “Most people think that because pet food is made up of leftover animal parts not fit for human consumption and they’re going to waste it anyway, why not put it to use?” Falconer says. As logical as that rationale sounds, it’s far from the truth.

Pet food does indeed come from farmed animals who are dead, diseased, dying, or disabled, all of which makes them unfit for human consumption. “Up to 30 percent of animals who don’t make it to slaughter die from suffocation or other reasons and are turned into pet food,” Falconer says.

But here’s the surprise: If the animal agriculture industry were unable to supply those animals to pet food companies, it would be forced to dispose of carcasses as biohazard waste, which comes with a tremendous cost. The upshot? “Not only would these companies need to be more mindful of how animals are treated before they go to slaughter, the price of meat would become too cost prohibitive for consumers,” Falconer says.

When can cats and dogs indulge in cultured meat?

For cat and dog parents who are interested in cultured meat for their animals, patience is warranted. Although Bond and Because, Animals are currently selling treats that rely on the fermentation process to get consumers used to the concept, it will take time before either company releases a nutritionally-balanced food for dogs and cats.

Because, Animals is actively pushing to launch its cultured mouse cat treat late in 2021, followed in 2022 or 2023 by a cultured meat treat for dogs. Its pet food will be introduced sometime after the treats. Meanwhile, Bond is still a couple of years away from its launch.

Yet when cultured meat for dogs and cats is ready to come to market, it will make an impact on so many levels, especially for farmed animals. As Falconer says, “Selling unused animal meat to pet food companies is a huge crutch for the animal agriculture industry, and in its absence, animal agriculture couldn’t exist.”