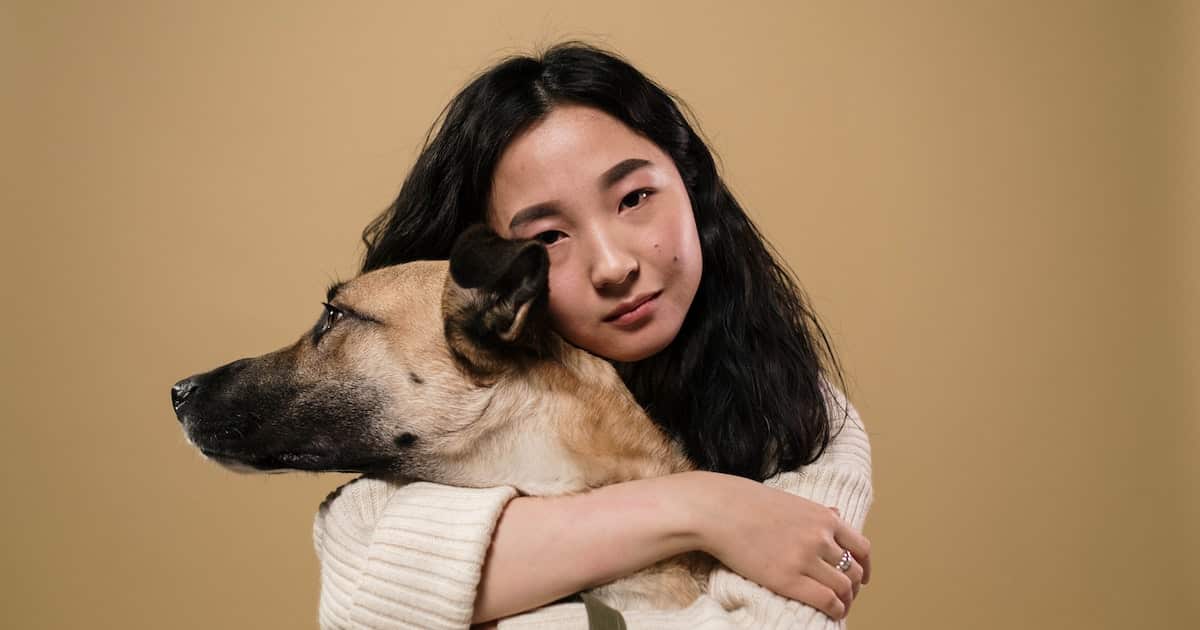 Animal rescue is a much-needed social service that helps protect animals from dangerous situations that often involve cruelty and abuse. Many animals are turned into shelters due to evictions, expensive health concerns, or other unavoidable circumstances. Often it is easy to villainize the people who surrender their animals, but as animal advocates, we must keep in mind that oftentimes people are surrendering as they believe it is best for the animal or they’ve tried everything else.

What Is Animal Rescue?

What Is the Difference Between an Animal Rescue and an Animal Shelter?

Which Animals Suffer the Most?

There are farm sanctuaries that focus on helping rescued farmed animals and allowing them to live out their lives in peace. There are municipal shelters that handle cruelty seizures and help to rehome dogs and cats. If there is an animal in need, there is likely an organization that has stepped up to help, this is especially true of the species that are most frequently in need.

Every year an estimated 3.1 million dogs enter shelters across the United States. Though this number is staggering it has fallen sharply from the estimated 3.9 million dogs that entered shelters in 2011. These dogs come as strays, owner surrenders, cruelty seizures to receive care and rehabilitation at shelters. Though there are many rescues that accept strays or owner surrenders, many also focus on pulling dogs from animal shelters in order to make space for additional intakes and continue the ongoing trend of reducing the number of dogs euthanized every year in shelters.

The American Society for Prevention of Cruelty to Animals estimates that 3.2 million cats enter animal shelters in the United States every year. Cats of all ages, conditions, and with a vast array of needs enter the shelter doors for staff to route to appropriate outcomes whether that be transfer to a facility or rescue better able to care for that animal’s needs, placing them up for adoption, or seeking a return to their owner.

Estimates of how many horses are in rescues in the United States range between 6,000 to 10,000. These horses are typically rehomed due to their health, behavioral issues, or a lack of suitability for their intended purpose.

Most farmed animals and poultry in shelters and rescues result either from people keeping chickens in their backyards or from factory farms. Livestock and poultry could end up being rehomed by a shelter or rescue or live out their lives at a sanctuary.

Like domesticated animals, wildlife often find themselves in need of rescue. Most wildlife that is rescued will be rehabilitated with the goal of eventual release back into the wild. The animals that can’t be released will either be humanely euthanized due to their condition or kept in captivity at a sanctuary, zoo, or another appropriate facility capable of providing adequate care.

How Does Animal Rescue Make a Difference?

The stories of rescued animals are never-ending. Recently, Leah Garcés, the president of Mercy for Animals, told the heartwarming story of her rescue chicken, Henrietta, and the bond the chicken formed with her daughter who taught the talented bird how to skateboard. Though not every animal learns a fantastic new skill following their rescue, the internet is filled with stories like Henrietta’s, of animals’ lives being changed and changing the lives of those who are lucky enough to rescue them.

Why Should You Help Animal Rescue and the Fight Against Animal Cruelty?

No Living Being Deserves to Be Treated Poorly

As sentient beings, animals deserve to be treated fairly with consideration for both their physical and mental well-being. Unfortunately, this doesn’t always happen, so rescue is necessary to help restore well-being for animals that have been neglected, abused, or ignored by society.

Animals That Get Away Can Be Dangerous to Society

Animals can be extremely dangerous. This is not only due to their ability to cause physical harm through bites, scratches, and physical force but also because they can be disease vectors and transmit parasites, rabies, and other diseases to people and other animals.

Slaughtered Animals End Up on Plates

The farmed animals that are used to produce food endure unspeakable suffering and pain on factory farms. They are separated from their young merely hours after giving birth, frequently are not able to stand or walk normally either due to their unnatural size or cramped quarters, and are killed well before the end of their natural lifespan.

Ignoring the Problem Contributes to It

The problems of animal overpopulation, neglect, and abuse simply make it grow larger. In order to overcome these issues, they must be faced head-on in a manner that recognizes the sentience of both the animals and people involved in rescue situations.

Animal rescue and the emphasis placed on spaying and neutering have contributed to the decrease in pet overpopulation. When animals are well cared for and have their needs met, they are less likely to be breeding unintentionally than if they are allowed to wander on their own.

The problems with puppy mills, essentially factory farms for dogs, and the puppies that they produce have been well documented. The dogs housed at these facilities often lack routine veterinary care and are kept in their own filth where it is impossible to avoid common infectious diseases and parasites. The puppies produced by these factories are more likely to have behavioral problems, specifically aggression, than puppies obtained from non-commercial breeders. These puppies are also likely to be sick or injured from the conditions in which they were bred.

What Are the Most Common Types Of Animal Abuse?

In the United States alone, excluding sea life and chickens, 165 million animals are slaughtered every year. The end-of-life experience for these animals is distressing with animals being handled roughly by overworked and underpaid employees. These animals are frequently still conscious when their moment of death comes due to failed stunning.

Determining the exact number of animals that suffer as a result of animal testing for cosmetics and medicine is difficult due to poor record-keeping protocols, estimates place the number globally in the tens of millions. These animals are subjected to diseases they would not have naturally contracted, chemicals, and all manner of physical and mental manipulation. Many of these animals will be unable to be rehomed following their service to science and will meet an untimely death after their painful life.

Contrary to what many were raised to believe, fish likely can feel pain meaning that catch and release fishing does cause harm to the animals caught. Like fishing, hunting at large is an activity that causes a great amount of suffering to the animals involved. As has been the case with wolves in the Western United States, animals are often hunted because they are misunderstood or characterized as villainous.

Unfortunately, animals are tortured from time to time. To be considered torture, the act must be intentionally inflicted upon the animal. Though these instances of abuse may be more prevalent in the media due to their sensationalism, as animal advocates it is important to keep in mind that torture makes up the minority of cases when it comes to animal rescue.

Animal neglect can sometimes lead to starvation. This is especially true of animals that are contained and neglected, as they are helpless to obtain their own food. Long-term starvation can cause a myriad of other health issues including liver degeneration and anemia.

Puppy mills are essentially factory farms for dogs. They prioritize profit over the welfare of the animal and the person purchasing their new family member. Toward this end, dogs are often stacked in kennels one on top of the other, and bred repeatedly. They often also lack sufficient veterinary care and develop diseases as a result.

Animal training has come a long way due to an increase in knowledge surrounding positive reinforcement and the role it plays. Despite this, there are still cruel training methods employed both individually and professionally. When seeking out a trainer it is important to do your research in order to find someone who will treat both you and your pet well.

How to Rescue Animals

Adopt Your Next Furry (or Scaly or Feathered) Family Member

Next time you’re considering growing your family with something furry, scaly, or feathered check shelters and rescues in your area before considering other options. Adopt a Pet is a very useful website for finding rescues and the pets they have available.

Volunteer at Your Local Animal Shelter

Animal shelters everywhere are always looking for volunteers to work with the animals. Often they have several different roles to choose from. Perhaps you prefer to walk dogs or spend one on one time with cats or maybe you’re most excited by the idea of helping match animals with the perfect new family. Regardless of your interests, you’ll find a way to help out.

Donating supplies or money to an animal rescue organization is an awesome way to help make sure they can continue rescuing animals year after year.

Most animal rescues and shelters will have a foster program to help place animals in homes while they wait for their forever family. Even if you are only able to commit to short-term fostering, providing a much-needed break from the stress of the shelter environment can be just what an animal needs to get adopted.

If you are active on social media or are able to spread information on shelter animals in other ways, consider sharing the profiles and pictures of the animals at your local shelter. This helps increase exposure for the animals and may result in an adoption.

One of the best ways to cut down on farmed animal suffering is to stop consuming animal products. By choosing more plant-based options you are reducing the demand for animal suffering which reduces the number of animals enduring lives on factory farms.

Report Animal Abuse When You See It

If you suspect that you are witnessing, or have witnessed, animal abuse, reach out to your local animal shelter to discuss the situation and determine the next steps.

Keeping the animals that you share your space with happy and healthy is one important way to help with animal rescue. By ensuring your animals are well-loved and cared for you are leading by example and can make sure that you have a positive influence on those in your community.

If you’re looking for a shorter-term but highly impactful way to make a difference and get involved in animal rescue, consider organizing a fundraiser. Whether fundraising money through a bake sale or supplies at work or school, the animals and rescue organizations will be grateful for your support.

Animal rescue organizations are as diverse as the animals and people they serve. Regardless of the species’ that they house, they all aim to make a difference for the better in the lives of animals in need. Farm sanctuaries house once distraught farmed animals in an environment that is stimulating and comfortable for them to spend their lives. Municipal shelters are loud and fast-paced with sometimes hundreds of animals housed there at one time, but amongst all the raucous are animals being loved and cared for until they are reunited with their families or matched with a new one. Despite these differences, all these organizations have people that love animals and have dedicated their lives to animal welfare working long hours. Next time you’re at an animal shelter or rescue take a moment to thank a staff member.

The Unwritten Rule of Animal Rescue: Don’t Call the Cops