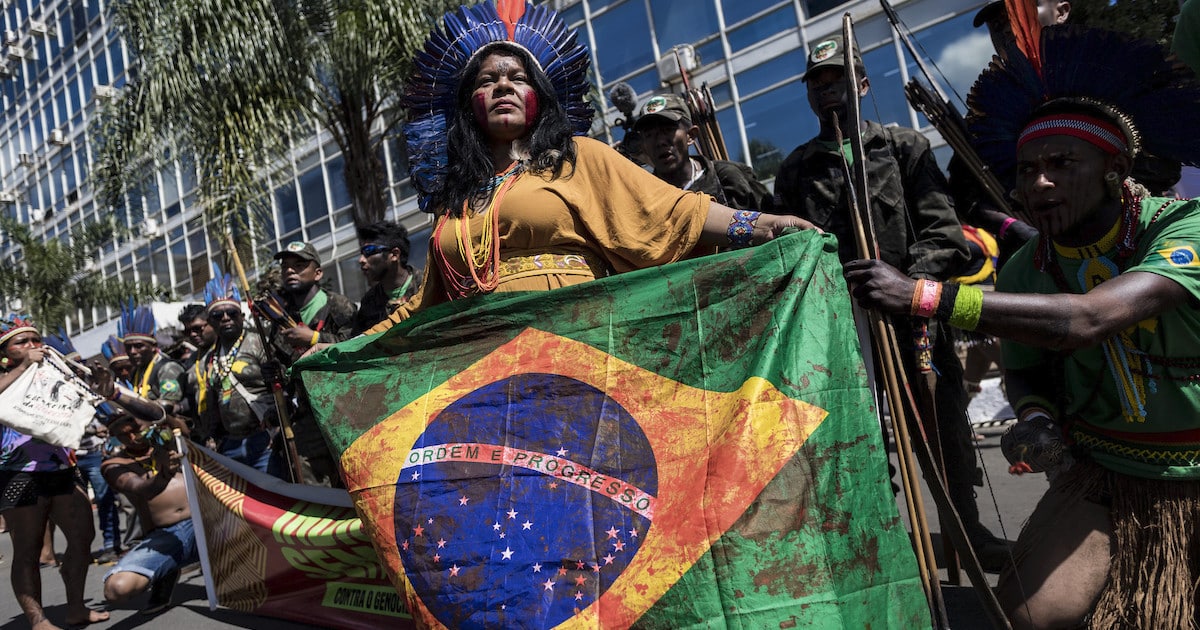 During the pandemic, sustainable food products like organic milk and cage-free eggs have continued to drive economic growth. The problem is, they’re not as sustainable as they claim to be. They are also marketed 39 percent higher than conventionally marketed products. But this shift has shown to be more than a marketing ploy. Companies have taken note of consumer’s concern for the planet, recognizing the turn towards more conscious consumerism as an opportunity to get rich at the expense of marginalized communities around the world.

Getting to the heart of what sustainability means is more important than ever. Humans’ ecological footprint has exceeded the Earth’s capacity, our biodiversity index has fallen by more than 50 percent as species continue to go extinct, and the world has lost nearly half of its tropical forests. Factory farming is a major driver of global climate change, which has affected, in some capacity, the Australian forest fires to the unprecedented snowstorms in the South of the United States. Animal agriculture uses 83 percent of the world’s farmland, causes 41 million metric tons of CO2 per year, produces between 37 and 65 percent of global methane and nitrous oxide emissions, and generates between 14.5 and 51 percent of total greenhouse gas emissions, which is more than the global transportation sector.

In order to challenge this upward trend of environmental disasters, we must act sustainably. But sustainability’s meaning can be elusive and context-dependent. Introduced by the World Commission on Environment and Development over 30 years ago, sustainability was defined as a way in which to pave a path for future development that would meet the “needs of the present without compromising the ability of future generations to meet their own needs.” However, even the Environmental Law Institute has admitted finding a working definition for this concept remains challenging.

The Problem With Sustainability

At its core, the term “sustainability” invites people to be mindful of resource use and extraction in order to maintain an ecological balance and reduce the damages caused by our current consumption. But at what point is mitigating the risk not enough? What if sustainability is just another way to sustain our current extractive system instead of envisioning true transformative food systems that are built on respect between people and the earth?

Sustainability often does not interrogate the problems that got us here in the first place. What makes discussions about sustainability so necessary is that something about the very definition of the word is wrong. In its current context, more often than not, sustainability acts as a false premise. So, what went wrong? Well, the problem with making the food system more sustainable is that, without a complete overhaul, sustainability only succeeds in supporting oppressive institutions and the hegemonic power they hold.

Besides, sustainability itself has been critiqued for being devoid of meaning, a performative, mostly meaningless greenwashing rhetoric, and even a tool of settler colonialism. It is used so often that, similarly to humane labels, it has become a form of false advertising. In fact, the term “sustainable” is not certified by a regulatory agency, much like the term “organic.” Even the  Federal Trade Commission has sidestepped defining it. This has led environmental advocates to question whether being sustainable is just “buzzy marketing terminology—as opposed to consisting of objectively discernible or quantifiable terms.” For many of the country’s most profitable and environmentally harmful food companies, sustainability appears to be for sale.

Cattle Ranching and the Legacy of Colonialism

While the Global North is responsible for 92 percent of global carbon emissions, the Global South is often used as a scapegoat and viewed as either an environmental threat or equally responsible for global climate change, both of which are blatantly false. For this reason, we should question whether the green revolution, led in large part by the Global North, is actually revolutionary, merely performative, or a form of green neocolonialism.

For example, look at cattle ranching in the Amazon, which accounts for 80 percent of deforestation in the region and is a significant source of Brazil’s greenhouse gas emissions. This deforestation has been argued to be a direct result of colonialism, neocolonialism, and U.S. imperialism in the region. As journalist Sam Ordonez explains, “The burning of the Amazon is the continuation of colonialism, a centuries-long process of genocide, land seizure, environmental degradation, and exploitation.” Most of the beef produced in Brazil is not sold or consumed there but is shipped abroad to China, Hong Kong, the U.S., the Middle East, and the European Union.

There is also a human cost to the harm caused by the expansion of cattle farming in Brazil. In 2019, Amnesty International released a report that found that illegal cattle ranching has been the underlying driver of the uptick in violence and illegal land seizures in the Amazon that year. Not only does cattle farming perpetuate land seizures on reserves and in Indigenous territories, but this encroachment onto protected areas is also often marked by violence and intimidation by the invaders.

The Indigenous communities view the growth of the cattle industry as a form of occupation. These cattle ranchers, in the view of the Indigenous Manoki peoples, are invaders and have irrevocably harmed the Manoki way of life. As one Manoki man quoted in the Amnesty International report explained:

When I was about 20 years old and came here, everything was forest. For us, it is important to see the forest standing, to preserve it, because we get our livelihood from nature. Here [in the area with fenced-off cattle properties] you will not find even one animal and our food [animals and fruits] will not reproduce or grow in this area.

The animal agriculture industry is no doubt to blame for the occupation of Indigenous lands. Cattle farming is just a continuation of an imperial past in which “colonies were arranged to maximize and facilitate extraction,” writes journalist and activist Daniel Macmillen Voskoboynik in OpenDemocracy. The extractive logics of cattle farming that are driving environmental degradation and terrorizing Indigenous peoples are inherently colonial enterprises built upon intergeneration legacies of genocide, dispossession of land, and racialized inequalities under capitalism. Moreover, the experiences of the Manoki peoples and others who are displaced by the animal agriculture industry are largely overlooked by conventional sustainability standards.

In many ways, sustainability has been weaponized against the Global South and other communities that have been historically harmed by colonized nations. While affluent countries in the Global North emit the majority of emissions behind global climate change, countries in the Global South not only face more of the consequences but also are blamed as the root of the problem. If sustainability is simply meant to keep things “business as usual,” then marginalized communities, both human and nonhuman, will continue to suffer.

Why Do We Eat Animals?