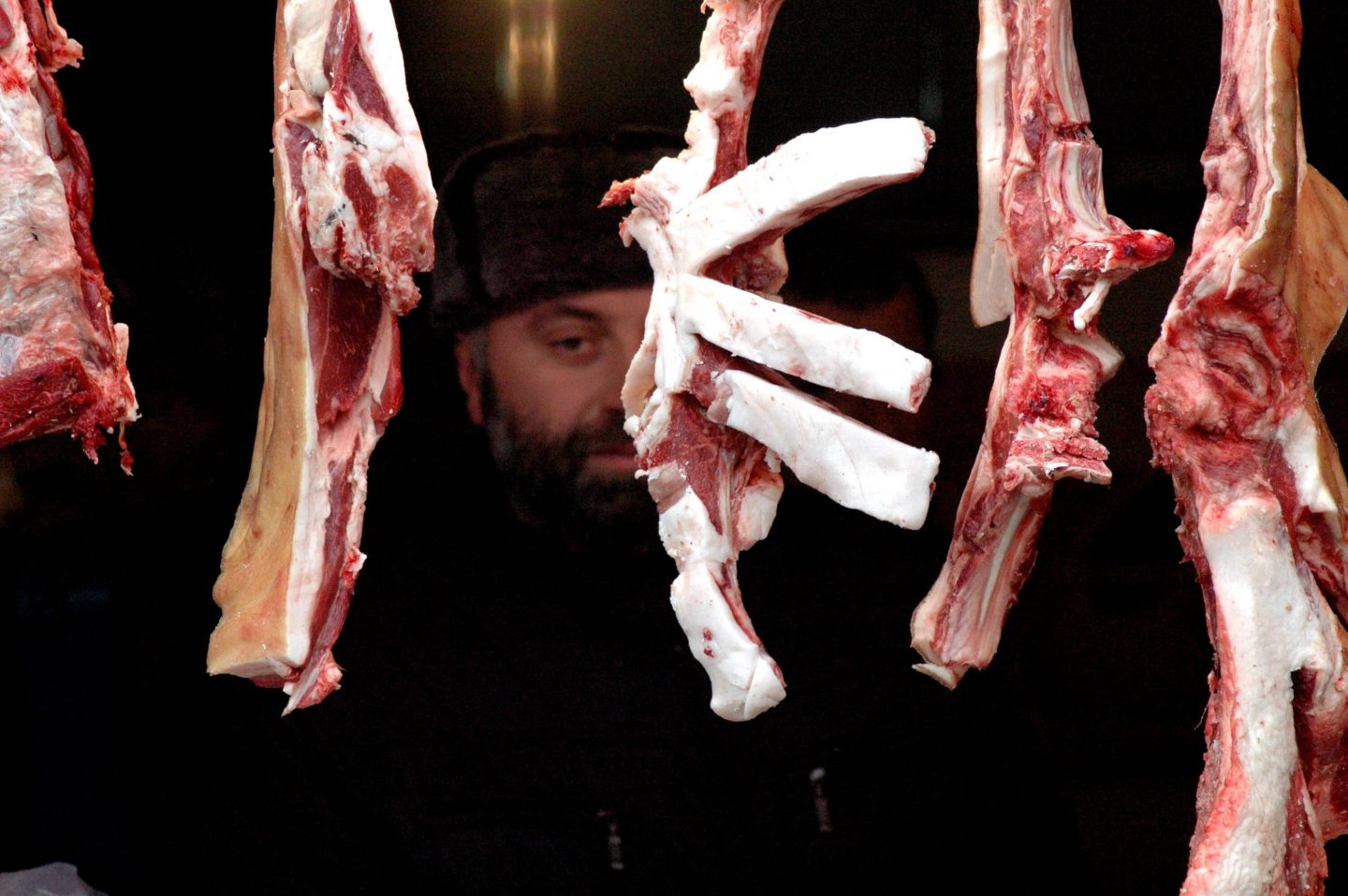 Animal Protection Groups in India Must Distance Themselves From Hatred

This fall, Whole Foods came under scrutiny by Direct Action Everywhere (DxE) members for the “humane” lie their marketing campaigns promote. At one of the Whole Foods locations in Berkeley, CA last September, DxE activists staged a nonviolent action to highlight the inhumane practices and animal abuse that the chain’s suppliers have been found responsible for. Whole Foods subsequently filed a lawsuit, requesting a restraining order to ban DxE members from the Berkeley store, which was granted.

The legal definition of “humane” is characterized by compassion, sympathy, and tenderness. When we think of a humane world for animals, we envision them with pastoral valleys and enjoying abundant food. This is what “humane” and conventional meat packages convey with their depictions of happy cows and lush, green pastures. The reality for the vast majority of farmed animals, even the ones who are deemed as having lived in humane conditions, is that they never see sunlight until they are on a truck headed to a slaughterhouse.

The Humane Methods of Livestock Slaughter Act of 1958 even exempts birds and fish from the definition of “animal,” making these creatures reliant on inadequate animal welfare standards set by for-profit companies. The nine billion chickens killed by the food industry comprise more than 95 percent of all land animals slaughtered each year but receive no legal protection.

Author Jonathan Safran Foer investigated the conditions in chicken slaughterhouses to evaluate animals’ conditions. Foer reports that upon arrival at the slaughterhouse, the bones of approximately 30 percent of all live birds had been freshly broken due to physical frailty and workers’ rough handling.

In his book Eating Animals, Foer reveals that the chickens are strung upside down with metal shackles and dragged through an electrified water bath, which renders them paralyzed but still conscious. After they are shackled and paralyzed, they are led to the automated throat slitter, which workers who Foer interviewed said miss “all the time.” Each year roughly four million birds are still alive and conscious when they are plunged into a tank of boiling water to remove their feathers, according to Foer. Fueled by the pursuit of profits, these design flaws in the modern slaughterhouse’s disassembly line create immense animal suffering.

Other farmed animals experience similar, unimaginable assaults, including dismemberment, before dying. A 2001 Washington Post front-page article grimly revealed the daily reality of many cows being dismembered while still alive due to the speed of the factory line and plants’ general refusal to stop, or even slow, the pace at which cattle are killed.

Warrick reports that government records show 527 violations of humane-handling regulations between 1996 and 1997. The offenses ranged “from overcrowded stockyards to incidents in which live animals were cut, skinned, or scalded.”

While “slaughter” may be a term we employ to comprehend the act of killing another individual, it is a term whose consequences are grounded in unnecessary and inevitably cruel violence.

Unlike euthanasia, which involves killing an animal due to irreversible injury or suffering, slaughter brings an end to these farmed animals’ lives without consideration for their pain and individuality. The mass slaughter of farmed animals—an issue that demonstrates the limits of our humanity—rarely receives attention from the U.S. media, government officials, and the public, especially given the fact that billions of animals are slaughtered each year.

A recent public survey of more than 1,000 U.S. adults found that about 75 percent purchase “humane” animal products. The survey also noted that 47 percent of respondents support a ban on slaughterhouses. Moreover, 69 percent of those surveyed agreed that modern-day factory farming is one of the world’s most important social issues.

No matter how it’s dressed up, slaughter cannot be humane since it is inherently violent and non-consensual. In this light, the term “humane slaughter” is an oxymoron at best and a mockery of animal welfare at worst.

People who believe they are consuming humanely slaughtered animals are being hoodwinked by corporations who do not share their concerns about animals. Even if it was possible to make killing painless, the irreversible act of taking away an individual’s life should not be condoned when plant-based alternatives to our favorite foods are increasingly convenient and affordable.

We should work toward a more compassionate future in which animals are not exploited by the food system and the humaneness of our food choices is no longer a question.