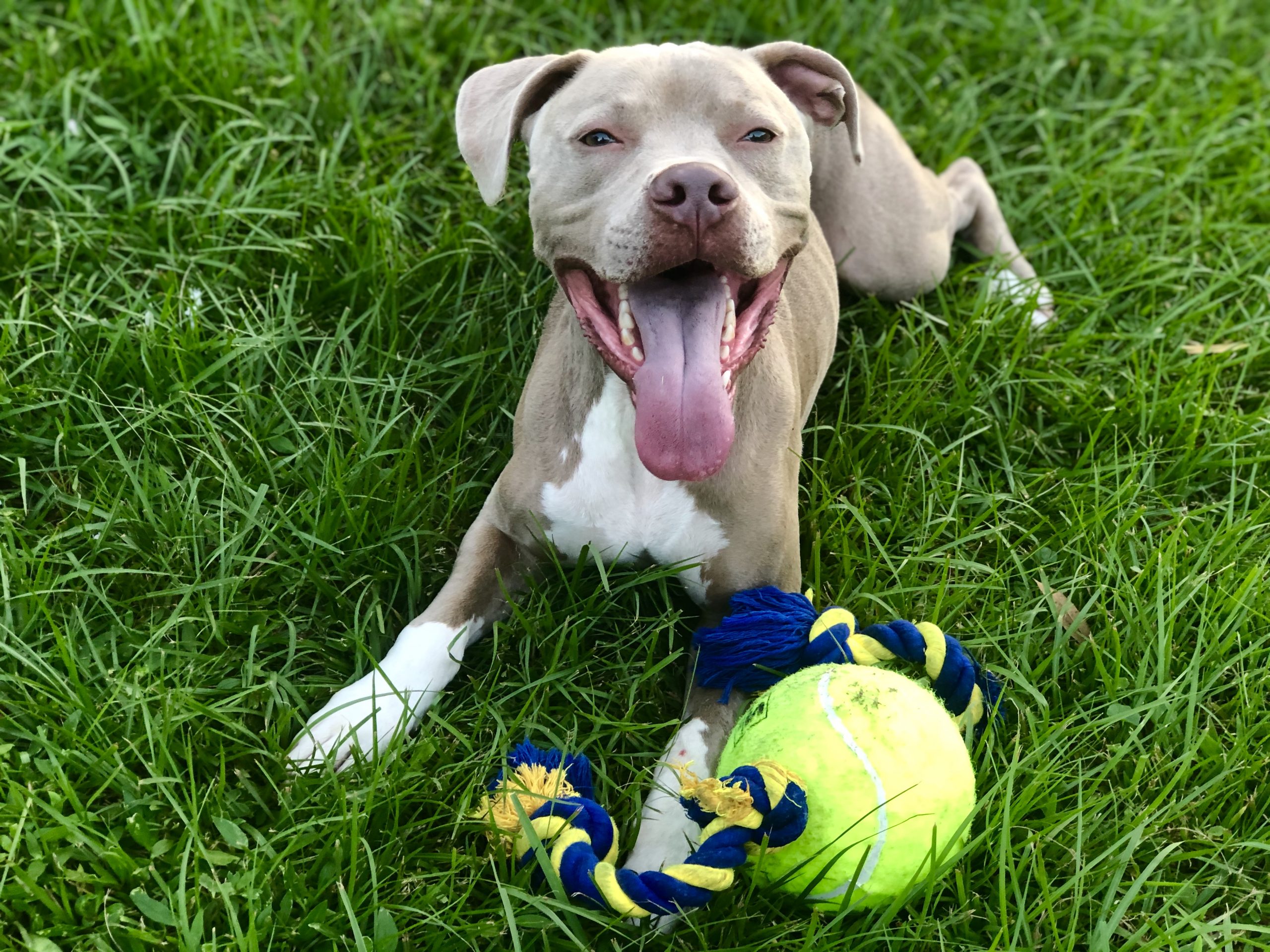 Astro was awoken from his afternoon nap by the sound of the garage door alerting him to my presence on the property. He watched from the front window as I got out of my car and made my way to the back of the house.

I opened the back door and entered cautiously, knowing that he was waiting to greet me.

Astro is a 3-year-old pit bull who I have known since puppyhood, and lives with a family of five that I babysit for. He loves to pounce in the shallow water of their pool, play fetch with baseballs in the backyard, and throw his body against yours if it means there is attention coming his way.

I had been to the home and met him on several occasions previously, but this time felt different. Trepidation was present in each step I took toward the back door.

He would jump up on me with force once he scurried across the slippery tile floor, using his strong paws to latch onto me. He would leave long scratches down my thighs, not intentionally, but due to his pure excitement to see me, and I was used to it by now.

My families’ companion puppy, Stella, had just recently been put to sleep due to severe aggressive tendencies that resulted in her attacking members of my family. This incredibly difficult decision followed a year of other options being explored at length: special veterinary care, additional exercise, medicine, and a new in-home training routine.

I watched as Astro rounded the corner and ran straight toward me as fast as he could, tail thumping, body shaking. Even in his blurry hustle to get to me, I noticed how handsome he was. His pink nose, hazel eyes, and fawn-colored fur coat all complimented each other perfectly. Weighing in well over 80 pounds, he was a large dog by anyone’s standards.

But even more noticeable than the size of the dog running toward me, was his infectious smile – it was that classic pit bull smile that spread across his enormous face.

The animal shelter guessed Stella was a pit bull mix, too, and it was evident through her features that this was true. She was the first pound puppy we rescued and a part of our family for only a few years. But in those few years, we fell madly in love with her big ears and even bigger personality.

Stella was energetic, playful, and always nuzzled her body next to yours at the right time. She, too, could flash a classic pit bull smile that was contagious to the humans around her.

When her aggression came out, she was a completely different dog, almost unrecognizable from the loving dog we knew. During one of her last episodes, I was the one she turned on.

The physical characteristics I saw in Stella, like her noticeable muscles, boxy face, and sparkly white teeth, were nearly identical to the ones I saw in Astro – the same ones that made me nervous that day entering the house.

We will never know why these outbursts occurred with Stella. Our veterinarian, who specialized in aggression, reminded us that aggressive tendencies can occur across all breeds and are sometimes due to underlying medical or genetic conditions. The dog that Stella was 99 percent of the time was the one we knew and loved so very much. But the one percent of the time that we saw the other side, she was truly a different dog.

Never before had I been afraid of a dog, afraid of how they may react in my presence. But there I was many months later entering the house where I would inevitably face Astro, and I was terrified.

Pit bulls are a chronically misunderstood breed – something I know very well. Homeowner associations forbid them in some neighborhoods, parents and passersby shield their children away from them during walks in the park, and shelters are inundated with these large, energetic dogs.

And even with all I knew about dogs and how every single one of them is unique, the actions of Stella were leading me to fear Astro, a dog who had never given me any reason to fear him.

I was nervous that week caring for Astro, and I knew he could sense something was off with me, which only made me even more nervous. Regardless, he only showed me love.

He followed me anytime I exited the room, watched from the front window as I drove away, howled with excitement when I got home, and fell asleep with his nose just inches away from my face each night.

After the first week, I realized I was nervous for no reason, and that I had unfairly judged Astro based on the actions of Stella.

And once again, it made me consider all of the dogs who are misunderstood due to their breed alone. Pit bulls, dalmatians, rottweilers, and so many others are passed by in animal shelters or unwanted altogether. They are slapped with unjustified labels such as “monster” or “dangerous” because people do not take the time to understand and love them for who they are.

For humans, having a companion animal will only be a small part of our life in terms of years we are together, a fraction of the time we would hope it to be. But for animals, their whole lives are spent with their human caregivers.

Companion animals are largely dependent on their human counterpart for love and ultimately, for life. Therefore, we must be able to look past the breed of a dog, just as we would differences in humans, to know and love them for who they are – a lesson I learned that week caring for Astro.

It is because of Stella and Astro that I will never stop advocating for this loving, energetic, and highly personable breed. These dogs hold a special place in my heart, something that would not have happened so astoundingly if it were not for my realization of my own hypocrisy.

I now see how easy it is to allow one dog to alter how you view an entire breed. After all, that is what I did.

But I learned from my mistake.

And I hope in a world where we are quick to judge books by their cover, we do not continue doing so for different breeds of dogs.

When you pass by a pit bull in an animal shelter, and they flash their beautiful smile at you, I hope you stop and really see them for who they are.