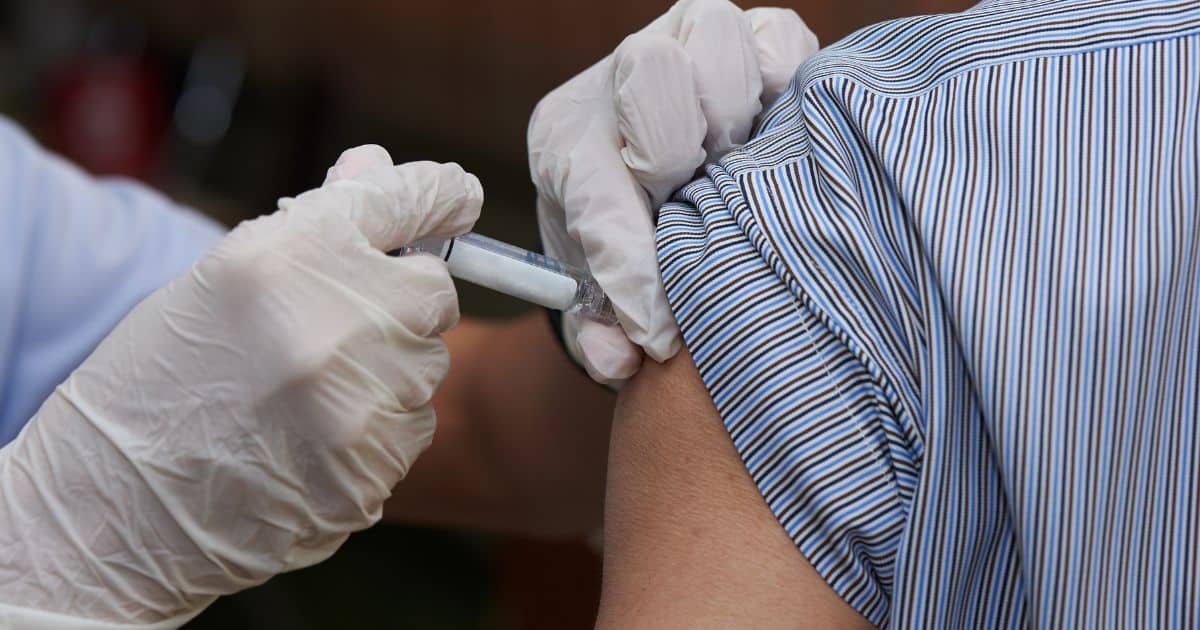 What people may not realize is that most vaccines are made using millions of eggs, sourced from chickens kept in secret locations throughout the U.S.

Each egg yields one and a half doses of flu vaccine, and the prediction is that this year, manufacturers will supply the United States with 173.5 to 183.5 million doses of influenza vaccines, according to the CDC. That’s a staggering number of eggs — more than 140 million, according to reporting from CNN in 2020.

There are other vaccines on the market that don’t require eggs in the manufacturing process, however, and while switching much of the production to egg-free would be challenging, there are a number of arguments for making the change.

How Are Flu Vaccines Made?

There are several different types of flu vaccines on the market, and a key difference among them is how they’re manufactured. They fall into three main categories: Egg-based, cell-based and recombinant.

Egg-based flu shots use a virus grown in chicken eggs. According to CDC estimates, about 80 percent of the vaccine supply for the 2022-2023 flu season will be produced using this technology. They’re currently recommended for anybody aged six months and up and include Afluria Quadrivalent, Fluarix Quadrivalent, FluLaval Quadrivalent and Fluzone Quadrivalent.

Other egg-based vaccines are designed for specific populations. For people 65 and older, the CDC recommends a high dose flu shot (Fluzone High-Dose Quadrivalent) or a flu shot containing an adjuvant which creates a stronger immune response (Fluad Quadrivalent). Another egg-based option, a nasal spray vaccine made with weakened live flu viruses called FluMist Quadrivalent, is an option for people aged two through 49, as long as you meet certain qualifications, like not being pregnant or immunocompromised.

Cell-based flu shots, on the other hand, are made without using eggs, as they contain virus grown in a cell culture. Anybody can get this shot — called Flucelvax — as long as they’re at least six months old.

Finally, the recombinant flu shot uses no eggs or flu viruses, and are instead made with synthetic ingredients. Recombinant vaccine technology is also the fastest of the three. Only one flu shot, Flublok Quadrivalent, uses this technology. It’s licensed for use in adults aged 18 and older.

The History of Eggs and Flu Vaccines

Influenza, a contagious respiratory illness that causes mild to severe illness and even death, was first identified as a virus in the 1930s. A decade later, the flu vaccine was developed using fertilized chicken eggs.

“Biologists at the time were starting to figure out how to grow viruses, and what they learned is that viruses grow well in eggs,” says John D. Grabenstein, RPh, PhD, director for scientific communications at Immunize.org and managing editor of IZ Express. The process starts by injecting live virus into a fertilized egg so that it can replicate. Once it does, scientists collect the replicated viruses and then purify and kill them. What’s left are inactivated viruses, then used to make the flu vaccine.

The eggs used to manufacture flu vaccines are housed in numerous FDA-inspected facilities across the U.S. Conditions there are kept extremely clean, with the chickens and their eggs tested regularly for suspicious pathogens. The process is so tightly controlled, in fact, that these eggs even have their own designation — SPF or specific pathogen free.

Is There an Advantage to Using Eggs?

Egg-based vaccine manufacturing remains the most common despite these new methods. “It’s what’s been done for decades,” Grabenstein says. “Even when the demand for flu vaccines increased from the 80s through the 2000s, manufacturers kept the technology that everybody, including the FDA, was comfortable with.” With the infrastructure already in place, there’s a pretty big incentive to continue with the same tried and true methods. Egg-based vaccines are also cheaper to produce.

Yet that doesn’t mean egg-based vaccines are more effective. Year to year, flu vaccine efficacy does vary. Since the vaccine is made months ahead of the actual flu season, vaccine developers have to try and anticipate which influenza strains will be circling. Nobody can predict this with 100 percent accuracy, which is why the flu vaccine’s efficacy rate is lower than other vaccines like those against COVID-19.

A good ballpark figure for the flu vaccine’s efficacy rate for preventing infection is about 50 percent, and while that may seem low, keep in mind that preventing spread isn’t the only or even most important goal. “The vaccine is more effective at preventing hospitalization and death than preventing actual infection,” Grabenstein says. “It’s important to get vaccinated because influenza is a serious, viral infection that kills a lot of people, especially elders, young children and people with underlying health conditions.”

Some experts argue that having the virus grow in mammalian cells rather than eggs improves the efficacy of the vaccine, given that mammals, humans in this case, are the target population for the shot.

The reason comes down to something called adaptation. “To get a human virus to grow in a chicken egg, it has to adapt to the growing conditions,” Grabenstein says. “That adaptation changes the virus a little, which may be the reason egg-based vaccines aren’t working as well as we’d like.”

There’s a problem, though. “Not everybody agrees with this theory, and the only data to support this comes from laboratories,” Grabenstein says. One study from Sanofi, manufacturer of Flublok, in fact, suggests that its recombinant-based vaccine offers 30 percent more protection from the flu than a quadrivalent inactivated influenza vaccine which uses eggs. The FDA, however, won’t allow companies to claim superiority of these vaccines over egg-based vaccines. And the CDC doesn’t endorse one vaccine manufacturing method over another.

The recombinant vaccine does have other advantages. As the CDC notes, because it doesn’t rely on the egg supply, these vaccines would be critical if there were a pandemic or a shortage of eggs to grow the influenza virus. What’s more, that process wouldn’t be “limited by the selection of vaccine viruses that are adapted for growth in eggs,” the CDC notes. And it would avoid mutations that sometimes occur by growing viruses in eggs, which can affect how well the vaccine works in people.

There are also animals to consider.

Choosing the Most Animal-friendly Vaccine

A shift away from egg-based influenza vaccines would spare as many as a million layer hens from confinement each year.

No vaccine is animal-free, of course — the cell-based one was developed using one cocker spaniel in 1958 and the recombinant one insects — the number of animals used for either of the egg-free vaccines is significantly fewer than the typical shot, in addition to the other arguments for switching. And you can choose which vaccine you get. Locations offering egg-free flu vaccines can be found at vaccines.gov by choosing “egg-free vaccines” on the drop-down menu.