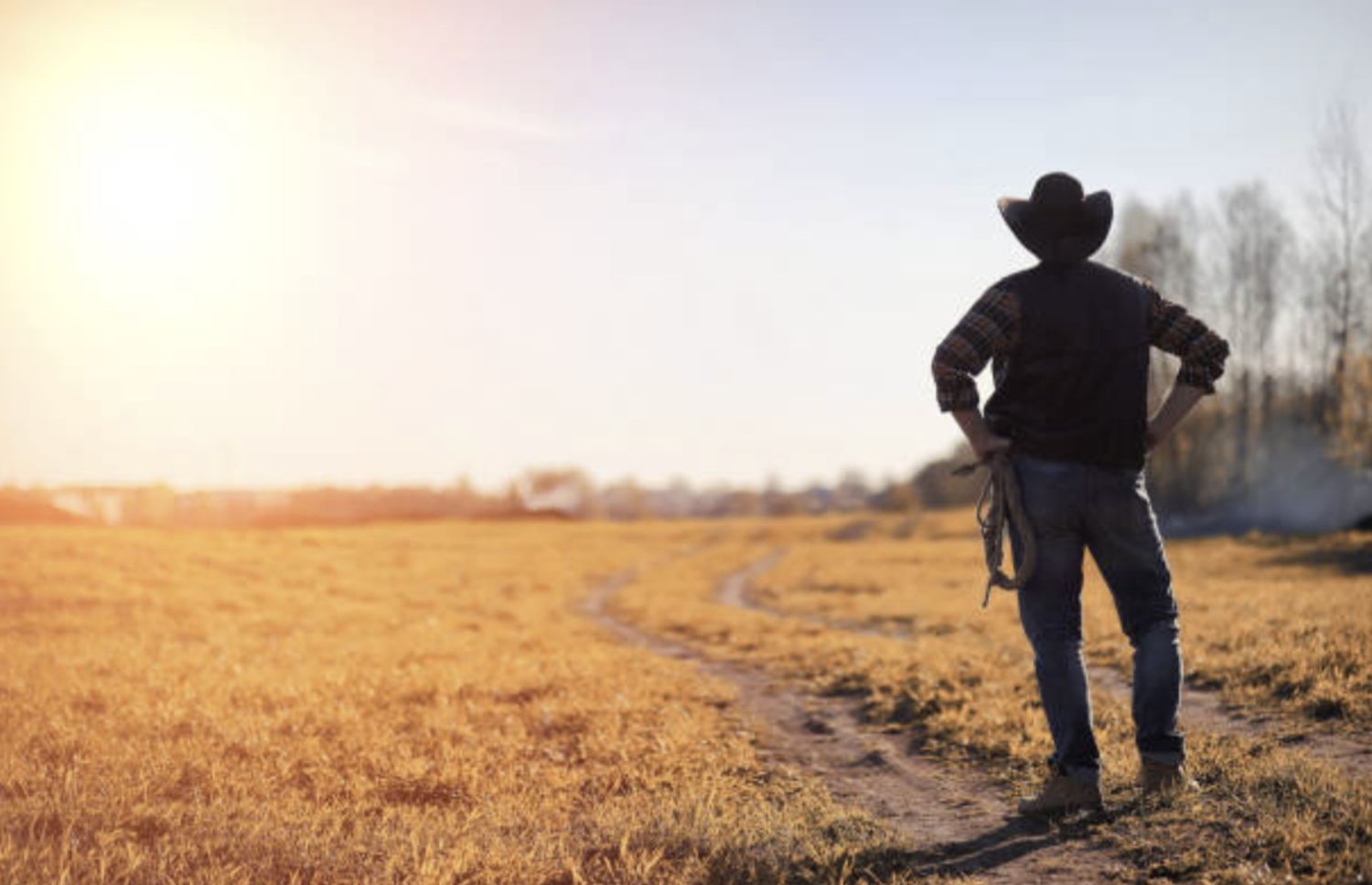 Rural America is watching its driving economic force deteriorate before its eyes. But this isn’t anything new. The generations-long decline of family farms has only now become visible to the general public.

Agriculture has been the backbone of rural communities across the country since early settlers expanded west, setting up communities and building lives as the United States developed rapidly in the 18th and 19th centuries. Even into the 20th century, working the land was the predominant source of income and the livelihood for most Americans living outside of major cities.

In 1900, the U.S. population was approximately 76 million people. About 12 million had agricultural jobs, farming animals and food to be consumed by their local communities; some of the agricultural products were shipped greater distances to feed cities that couldn’t produce food on their own. Sixteen percent of the population relied on raising animals and growing crops to feed their families to survive.

Today, that number is but a sliver of what it was just a few generations ago. Today’s farmers, whose median age is 56 years, were born into farming when the decline that we are witnessing now started to snowball. This decline is a direct result of a more efficient way of farming animals being introduced. Industrial practices that were implemented allows farmers to breed and raise far more animals using much less land, increasing production and making it possible to run farms like factories. Industrial farms became well-tuned and shockingly efficient machines. While viewing this machine solely through the lens of capitalism, it’s difficult to see the flaws—of which there are many once the lens is removed.

Industrialized farming has transformed rural communities across America—and many other countries—in more ways than simply taking an old business model and making it more efficient. Factory farming, with its inherent competitive advantage, makes the production of food an increasingly challenging business for independent family farms. While the U.S. has never produced as much meat and dairy as today, this production is coming at an enormous cost to rural communities across the country.

As industrial animal agriculture becomes more widespread, independent family farms find it harder to compete. Multinational corporations like JBS, Tyson, and Smithfield are recruiting small family farms to do their bidding; the reality for independent farmers is becoming increasingly dire.

When large corporations with billions of dollars at their disposal wish to grow, they contract smaller farms to breed and grow animals that are, in legal terms, not owned by the small farms. The corporations simply hire independent farmers to do the work for them. The more farms that join forces with companies like JBS or Smithfield, the more animals that the major companies have to supply the market. This plentiful supply, in turn, drops prices for the consumer and makes it even more difficult for small independent farmers to sell their products at competitive prices. The corporate competition undercuts prices so severely that it becomes nearly impossible for small independent farmers to sustain their operations.

While consumers may prefer to buy from small family farms that are independent of the clutches of a JBS or Smithfield, not every consumer can afford to do so. Independent farmers often charge more for their products because they do not benefit from the economies of scale that mega-corporations like Tyson do. Independent farms may have a small and extremely loyal base of customers, but growing and truly prospering while facing giants with deep pockets is a formidable—and usually unachievable—challenge. Rosemary Partridge, a hog farmer in Sac County, Iowa, said that “in the past 20 years, where I am, independent hog farming just silently disappeared as the corporates came in. We’ve become poorer. Our communities are basically shattered and in more than just an economic way – in a social way too.”

Because independent farmers struggle to stay in operation as their customer bases shrink, many are left with no option but to contract themselves out to major corporations. And while this option may seem like a great idea at first, the reality is much different. When a company like Tyson or Smithfield makes an agreement with a small farm to raise chickens or hogs, the idea is sold as having a large, guaranteed client (the corporation) that will pay for their animals. But the many problems quickly outweigh the few benefits, as small farmers realize that they cannot easily or cheaply meet the many demands and specific standards of the corporation.

Many small farmers find themselves overwhelmed by debt within the first few years of contracting with a major corporation. This has nothing to do with “selling enough product” and everything to do with the demands that companies like Tyson impose on the farmers when it comes to equipping their operations with high-end machinery that can cost hundreds of thousands of dollars. The farmers were already struggling financially; they clearly do not have additional cash resources tucked away to purchase this kind of equipment. Every time Tyson makes another demand, the farmer is back to the bank to ask for more money, all the while the interest from the first loan is piling up. Alton Terry, a chicken farmer from California, declared bankruptcy after Tyson’s continuous demands for equipment updates. Terry took out a half-a-million-dollar loan to build updated facilities before rallying other farmers together to push back against Tyson. In turn, Tyson provided Terry with sick chickens and decided not to renew his contract, forcing him to file for bankruptcy. Alton Terry is not alone. More than ninety-seven percent of chicken farmers in the U.S. now work as contractors for major producers, making it nearly impossible for independent farmers to survive and flourish on their own.

The farmers soon become trapped in a vicious cycle. They feel as if they must continue contracting with the corporation; the alternative is to start over with plenty of newly acquired and expensive debt. Beyond the obvious fears of having no guaranteed buyers and having to compete against their former contractors, independent farmers fear the possibility of facing some kind of retaliation or being publicly smeared. Some farmers resort to declaring bankruptcy, just to break ties with the contracting company.

Coffee growers in developing countries face a similar dilemma when coffee importers offer to buy futures contracts. Large corporations send representatives to meet with independent coffee growers and co-op leaders, with offers to buy the crops that the farmers just planted for prices well below market value. Many growers take the deal, fearing that they will be unable to sell their crops at harvest time at a higher rate and that they will not sell all that they grow. The comfort of sealing the deal early allows the farmer to enter the growing season with money in hand, but the discounted futures prices are often so low that by the time the next growing season begins, the farmers are impatiently waiting for the next futures buyer to come around. Being strapped for cash, these coffee farmers are in no position to negotiate for better prices. The farmers thus get trapped in a cycle of earning just enough cash—if they are lucky—to scrape by. The risks for corporate buyers are, by contrast, minuscule. The futures prices are low enough, and the buyers’ profit margins large enough, to accommodate seasonal variations in weather and other unexpected occurrences.

Similarly, contract farmers in the United States are taking all the risk; the contracting corporations assume almost none. Corporations have far greater means to take risks, and many more financial and legal options available to them if necessary. Contract farmers are in much more delicate situations—if anything goes seriously wrong, they can lose everything.

Small farmers under contract are not producing for their immediate communities. They are losing the ability to survive without being taken advantage of or being grossly underpaid. Even small communities today can easily access low-cost meats and food products from multinational companies. Price-conscious consumers, who may say they would prefer to purchase food directly from local farmers are compelled to select the cheapest option.

The plight of independent farmers is of little to no concern for the corporations that contract them. The corporations’ metrics of interest are efficiency, output, and profit margins. In the resulting production process, many industrial agriculture workers are overworked, underpaid, and suffer from mental health issues.

The major corporations that control the production and sale of animal products have turned what was once the livelihood of millions of Americans into a dystopian version of itself where only the numbers matter, not the people and certainly not the animals. The human costs of Big Ag are something that is felt in rural communities across the U.S. and around the world, as farmers try to cope with deep-pocketed competitors employing cutthroat strategies. Independent farmers, many of whom have occupied the same pieces of land for generations are now closing shop, filing for bankruptcy, and seeking out new opportunities, forced to abandon the one thing they know and truly understand. The underlying reason for this collapse has nothing to do with a lack of consumer demand—Americans are eating more meat than ever before. Small farmers simply cannot compete with major agricultural corporations willing—and more than able—to do whatever it takes to control the market.