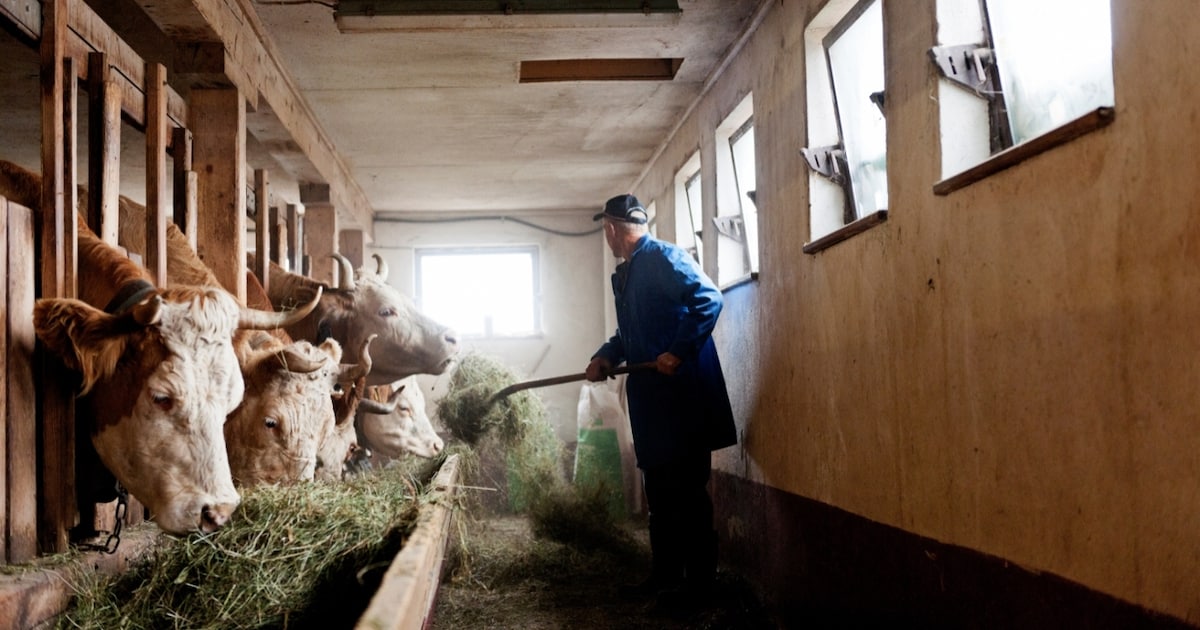 In a new report, the United Nations Environment Programme (UNEP) sounded the alarm over the consequences of hundreds of billions of dollars in agricultural subsidies that are “harmful to nature and health.” The joint report from multiple agencies within the United Nations comes on the eve of the intergovernmental organization’s Food Systems Summit 2021.

Around the world, $540 billion in support is given to the agricultural sector each year. But the new findings detail that 87 percent of this funding results in food products and practices that “distort food prices, hurt people’s health, and degrade the environment,” while exacerbating inequitable access to nutritious foods.

As the planet faces a worsening climate crisis, one that is accelerated by animal farming and other forms of industrial food production, the new report makes it clear that governments continue to subsidize harmful agricultural practices. Most of the support given worldwide, according to the UNEP, incentivized products with high greenhouse gas (GHG) emissions, including beef, milk, and rice. In high-income nations, the largest subsidies among meats went to beef production. Poultry meat, or meat from chickens, ducks, geese, and other birds, was the number three most incentivized product, receiving support in 36 countries.

This support comes despite the fact that factory farms are a major contributor to harmful GHGs in our atmosphere, worsening climate change, as well as air pollution. In fact, a recent study concluded that 17,900 U.S. deaths per year are caused by air pollution from factory farms. Of the 15,900 directly related to food production, 80 percent of deaths are linked to animal-based foods.

The impacts of government funding for the agriculture sector do not stop at harmful GHGs, the UNEP warns. It also negatively affects the ability of soil to absorb carbon from the atmosphere, preservation of forests and fresh water, and the prevention of biodiversity loss across land and sea. The new report warns that “the most potentially harmful types of support,” those that came without constraints on farming practices to protect the environment, accounted for around 50 percent of agricultural support.

“The increased clustering and growth in the confinement of animals has led to growing environmental problems in many communities,” the report notes, adding that in areas where factory farms are located, an estimated 30 percent of particulate matter is produced by emissions from livestock. Yet, while animal products were among the commodities given the largest incentives between 2005-2016, “the production of more nutrient-rich fruits and vegetables, such as tomatoes and bananas, was penalized” with less support.

Damage is also likely being done to farmers, already caught up in an inequitable system of industrial agriculture. The UNEP reports that price distortions caused by our current agricultural funding can widen the income gap that exists between small- and large-scale farms and reduce competitiveness in the food industry. Small farmers already hold very little power, contracted by large corporations that control much of their supply chains.

Consumers and communities, too, are impacted when prices are distorted by this misguided funding, which can “hinder consumers’ access to nutritious food, particularly for the poorest.” Food insecurity is already a global crisis. It claims the lives of nine million people every year. Corporate agriculture, on the other hand, promises to feed the world, but instead contributes to the growing food waste problem faced by many developed countries, leaving millions of people hungry.

While this funding is now made more visible to the public, the report cautions that there are more “hidden costs of global food and land-based agricultural systems to the environment and public health,” estimated at $12 trillion per year and growing. These costs include impacts from obesity and undernutrition, pollution, food waste, and inequitable income distribution.

With agricultural incentives projected to reach $1.8 trillion by the year 2030, the UN report calls for changes and declares the imminent Food Systems Summit “a momentous opportunity to generate a groundswell of support for repurposing” of support.

The report notes that “repurposed support policies can incentivize producers to avoid or reduce certain practices (e.g. intensive ploughing, overgrazing) and the use of some inputs (e.g. fertilizers and pesticides) which can damage soils, and to adopt regenerative agricultural practices instead.”

The time to act is now. The agencies conclude that the decisions made at the Food Systems Summit and in the months and years ahead will either further or hinder 12 or more of the UN’s 17 Sustainable Development Goals.