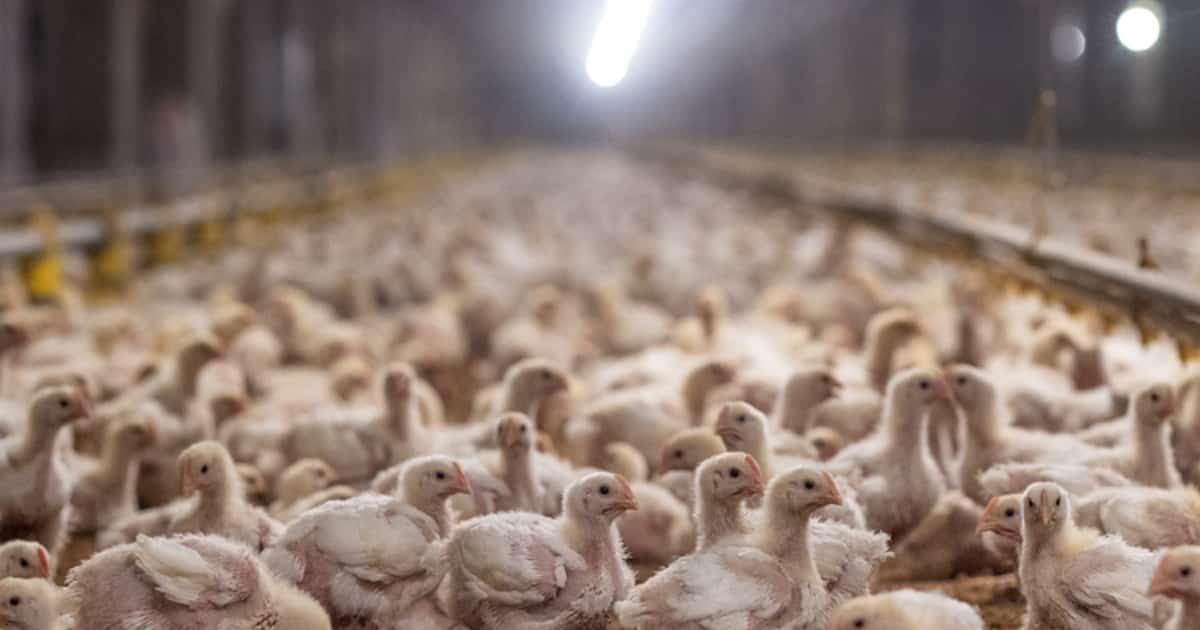 Over the past six months, poultry producers have culled millions of animals to contain the spread of avian flu with relative ease, but the final steps in the federally monitored biosecurity process—safely disposing of the dead birds and implementing effective safety measures to prevent the next outbreak—prove to be a significant challenge.

More than 39 million birds have been exposed to the H5N1 virus since January, according to the United States Department of Agriculture’s (USDA) Animal Plant Health Inspection Service. New USDA data suggests that the majority of those birds have since been culled, often using the “most inhumane method available.” The birds can remain infectious after they are killed and must be carefully transported to disposal sites to avoid spreading the virus to other flocks.

Producers utilize a variety of different methods to dispose of dead birds, some more effective than others, but the real risk comes from the lack of appropriate safeguards around where they are allowed to dump diseased carcasses and what precautions need to be taken before doing so. Public health officials fear that improper disposal of dead birds could contaminate local water supplies and make the virus even more deadly.

While infections at U.S. farms have slowed, poultry producers are just beginning to feel the effects of the outbreak. Earlier this month, Jennie-O reported delays in its turkey supply chain due to the virus, forcing parent-company Hormel to narrow its earnings forecast for the year. In the wake of recent supply chain disruptions, scientists are rushing to develop an avian flu vaccine for poultry. The vaccine has long been opposed by the public health community who fear it will give rise to another more deadly virus.

Other producers are signaling a return to business as usual. Each of the nation’s largest chicken producers—Tyson, Pilgrim’s, and Sanderson—report “minimal” impacts on their businesses, according to industry bullhorn WATTPoultry. But the true cost of culling 39 million birds and potentially vaccinating billions more so the nation’s poultry industry can keep its lines running remains to be seen.

Culling during a bird flu outbreak creates a number of potential biohazards. As bird carcasses begin to decompose, body fluids from the dead animals along with byproducts of degradation such as methane gas are released into the surrounding environment, contaminating the surface water, groundwater, and soil. Improper carcass treatment and disposal can also lead to the further spread of viruses among human and non-human animals.

The Environmental Protection Agency (EPA) recommends composting, incineration, and disposal in landfills as preferred methods of dealing with dead birds during a bird flu outbreak. Additionally, the agency recommends on-site burial of the carcasses or converting them to water, fat, meat, and bone meal. Incineration is also considered an effective way to dispose of diseased animal carcasses, but it comes with its own community health risks. Incinerators release thousands of tiny particles into the air, choking the air with the smoke and odor of millions of dead birds.

The EPA also recommends the disposal of bird carcasses in municipal landfills that are equipped to handle degrading and leachable waste. But the transfer of culled birds from the infection site to landfills can spread the virus, so the carcasses must be placed in leak-proof trailers with absorbent linings before they can be transported to the landfill. A study from the University of Nebraska found that the bird flu virus found in landfill leachates can remain infectious for close to two years, indicating that improperly operated municipal landfills housing millions of pounds of bird carcass presents an additional risk to animal, human, and environmental health.

Back to business as usual

While the current avian flu outbreak has only affected 1.3 percent of the chicken supply chain in the U.S., the multi-billion-dollar industry is already taking steps to ensure that the current outbreak will only be a temporary setback. Earlier this year, Tyson Foods issued a statement reassuring its farmers and consumers that they were taking the necessary precautionary measures to slow the spread of the outbreak.

“All of our U.S. poultry operations continue to operate under heightened biosecurity,” the company said. “Should any flock be diagnosed with highly pathogenic avian influenza, farms are immediately quarantined and birds from them are not processed. ”The company also stated that there is “no evidence” that “any form of avian influenza” can be transmitted to humans from properly cooked poultry.

The federal government is also considering precautionary measures such as vaccines for chickens to protect the industry against future outbreaks. But stakeholders worry about the cost of additional medical procedures for birds who are only bred to live for a short amount of time. And even if large-scale poultry vaccination programs were a viable option, public health experts say they would not prevent mass culling during a global bird flu outbreak.

The virus is already spreading in wild animal populations, which are much more difficult to track and nearly impossible to vaccinate. Considering the possibility that a local landfill could become a superspreader site, health officials are encouraging citizens to be on the lookout for abnormal activity in their local wildlife, especially mammals, as this may be a sign that the disease has found new opportunities to evolve.

“There’s a risk of it adapting to and then transmitting between mammals, and then you have a new problem,” Dr. Jolianne Rijks, a veterinarian at the Dutch Wildlife Health Center, told The New York Times.