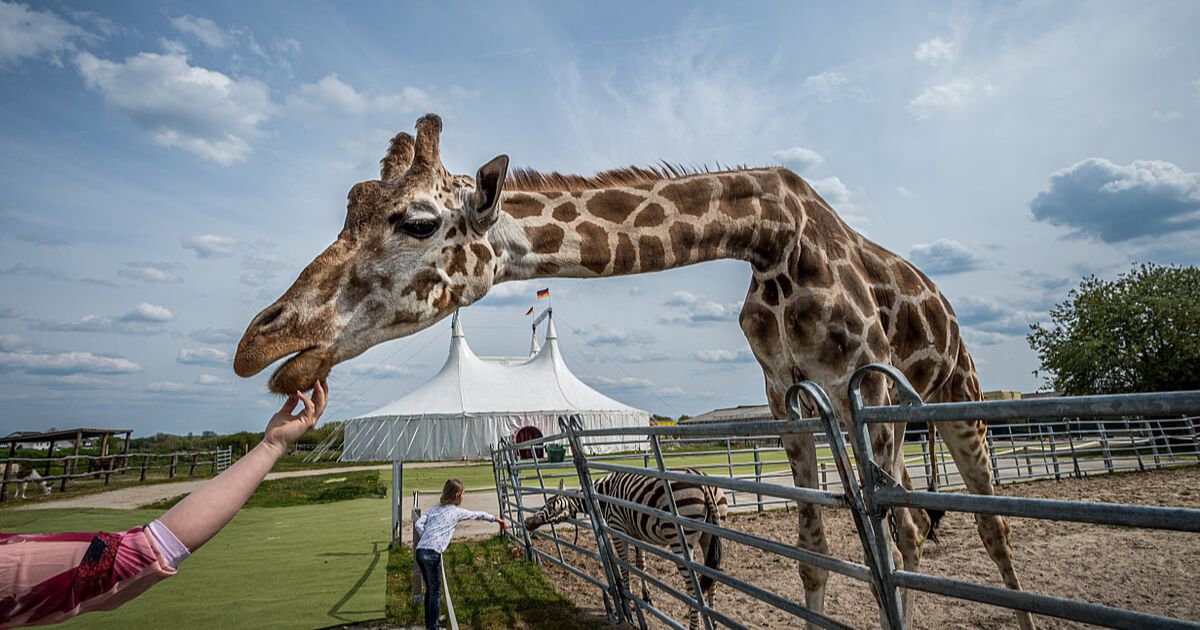 Consumers want to feel good about the animals they pay to see. After the infamous Ringling Bros. and Barnum & Bailey circus was publicly exposed for abusing elephants in 2016, ticket sales plummeted and the company eventually went under. Similarly, after the documentary Blackfish revealed horrific treatment of captive cetaceans at Seaworld in 2013, many marine parks in North America struggled to regain consumer confidence.

As a result, says Cydnee Bence, LLM fellow at Vermont Law School’s Center for Agriculture and Food Systems, businesses that exploit captive animals for entertainment and profit — including roadside zoos and exotic animal menageries — are changing the way they present themselves.

New research from Bence suggests the changes aren’t always for the better. In an article published in the Spring 2022 Vermont Law Review, Bence explores how animal-exploiting businesses are now marketing themselves as sanctuaries or rescues. These “pseudo-sanctuaries,” as Bence calls them, are able to fool conscious consumers, even as they harm the animals held captive there.

What Defines a Sanctuary

The Global Federation of Animal Sanctuaries (GFAS) defines the term as facilities that provide safe haven to animals, Bence writes, including  “providing excellent and humane care for their animals in a non-exploitative environment and having ethical policies in place, regarding: tours, commercial trade, exhibition, acquisition and disposition, breeding and more.”

Ultimately it comes down to this, Bence explains, “a sanctuary is a place where the interests of nonhuman animals are the primary consideration in all decisions, rather than human interests.”

Many businesses that exploit captive animals for entertainment and profit are counting on the paying public to believe they follow some version of these guidelines.

Sanctuaries Can Profit More Than Zoos in Some Cases

“Consumers expect that a sanctuary is somehow different than a regular zoo or a circus,” according to Bence. “This differentiation is the core of the pseudo-sanctuary charade: pseudo-sanctuaries market themselves as something different from just a zoo.”

Many consumers are ready to believe, also, because the word makes them feel they are doing something ethical when visiting animal exploiting-businesses. “There’s this general recognition that people would rather do something they feel good about,” says Bence in an interview with Sentient Media. “It’s something we’ve witnessed in a lot of different industries, with green-washing, and we’re now seeing humane-washing.”

Today’s consumer, she adds, now cares more about a business’s ethics than previous generations did. “If you’re just calling yourself a menagerie or a zoo, people are now going to be skeptical, versus if you are calling yourself a rescue and a sanctuary – people want to help you, they want to give you money.”

Pseudo-Sanctuaries Tend to Hide How They Make Their Money

What Bence found in her research is a disturbing trend of captive animal businesses seeking and accepting donations without financial transparency. “People expect that a sanctuary is a non-profit and is actually operating responsibly and for the animals’ benefit,” says Bence. However, there are many cases of roadside zoos “totally mismanaging charitable donations” she adds. “Animal exhibition is very much not transparent.”

Bence also found a notable lack of transparency regarding some businesses’ history of animal welfare violations. “There are some places that have literally hundreds of Animal Welfare Act violations that still have a license to operate,” she says, and “there’s no one saying they can’t use the term ‘sanctuary,’ and market themselves as a charity.”

Even with the vast amounts of information available now to consumers online, Bence believes it is unreasonable to put the onus on the everyday person to figure out what is and is not a genuine animal sanctuary. “Because of lack of enforcement and because of competing narratives and marketing, getting to the objective truth is more and more difficult,” she says. That is why Bence’s work focuses on consumer protection, utilizing the legal system to empower consumers and sanctuaries, and to hold pseudo-sanctuaries accountable.

In order to become an accredited sanctuary with GFAS, the organization must meet certain criteria, including no captive breeding or commercial trade of animals or animal parts. Tours must be guided in a way that minimizes impact to the animals and their environment, allowing them privacy and quiet. The full list of requirements is published on their website.

True animal sanctuaries play a crucial role in the rescue and care of animals. The number of consumers seeking to support such work and to enjoy animals in these ethical environments is growing. But as seen in many other market sectors, fooling well-intentioned conscious consumers is also becoming more commonplace.

While Bence and other advocates work to get animal sanctuaries legally defined and overseen in the U.S., she does offer this advice in the meantime: “For ordinary people who love animals, and want to see animals, it’s incredibly enticing to go to these places. If you find yourself in that situation, it’s important to take a step back and really look at what you are being told.” Bence says to view marketing material and online information “line by line, and really look at it literally, and ask yourself – does this mean anything? Then all the marketing and branding falls away,” she says, to reveal the truth.