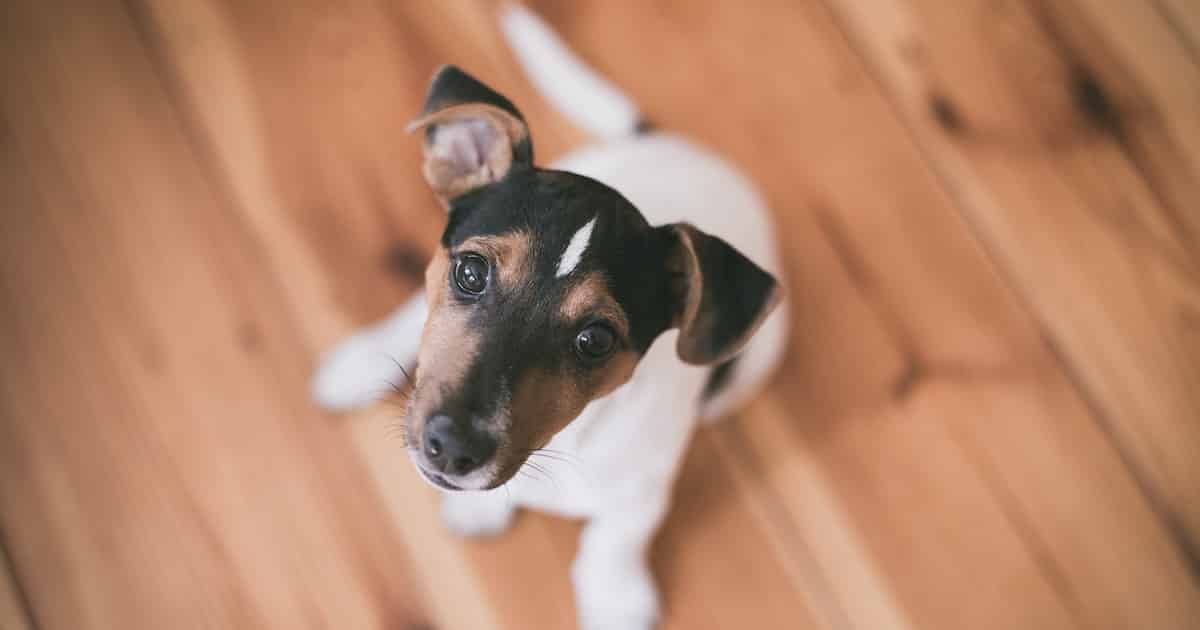 Why California Cities Should Divest from Factory Farms

A dog wagging their tail can be one of the purest expressions of joy in this world. Yet many dogs are never afforded this experience. While some breeds are born with naturally short tails, others have theirs removed in a procedure known as tail docking. Taking away part or virtually all of a dog’s tail can hamper their ability to communicate with other dogs, cause chronic pain, and reinforces the idea that dogs exist to serve humans, be it as hunters or guards.

Man’s best friend should be allowed to keep their own tails, especially given all the loyalty they show our species.

What Is a Docked Tail?

A docked tail is an animal’s tail that has been shortened by amputation. Docking is commonly performed on farmed animals, including sheep and pigs, and sometimes cows. Dogs kept as companion animals are also commonly docked, with over 70 breeds traditionally targeted for amputation. While certain breeds grow naturally stumpy tails, others with naturally long tails are frequently docked, for reasons that are often dubious, and mostly come down to human convenience or aesthetic preference.

Tail docking is a painful procedure for all species, and is often carried out on very young animals without painkillers, since anesthesia poses heightened dangers for them. Tail docking can cause chronic pain throughout an animal’s lifetime—making the procedure increasingly controversial, especially when it comes to dogs.

A Brief History of Tail Docking

The history of tail docking dogs goes back many centuries. The ancient Romans docked dogs due to a belief that removing part of their tails would prevent them from contracting rabies, a deadly disease that can pass to humans via zoonotic transmission. At other times tails were docked because they were viewed as being too long and susceptible to injury. Tails were also docked for reasons entirely unrelated to the dog’s benefit. In 17th-century England pleasure dogs were subject to taxes that had to be paid by their owners, whereas working dogs, whose tails were docked, were not taxed. Even dogs owned for pleasure would get tail docked so that people could avoid paying the tax.

As we will see, however, leaving tails intact is usually better for the dogs themselves.

Why Are Dogs’ Tails Docked?

There are several reasons why breeders and veterinarians might dock the tails of dogs, none of which carry much weight according to the American Veterinary Medical Association (AVMA). So-called working dogs, including those used by people as guard dogs and hunters, or those with long hair, are frequently docked despite the growing consensus that this cruel procedure simply isn’t necessary. Many veterinary bodies agree that cosmetic docking is simply unjustifiable.

The primary concern regarding the integrity of guard dogs’ tails is that a human intruder or attacker may target the tail of the dog, resulting in injury. Breeds such as boxers and Rottweilers continue to be commonly docked despite the AVMA pointing out that such incidents are relatively rare.

Hunting dogs are sent into the underbrush to chase down wild animals for their human masters, and often the hunt is for simple entertainment, which is especially cruel to the animals being hunted and killed. According to docking proponents, hunting dogs risk damaging their tails in the underbrush, where burrs and brambles can collect on their fur and later cause infection, and their tails can hit trees or branches. Some breeds of hunting dogs, especially those with wispy hair or thinner tails, are docked to prevent these potential injuries, despite studies suggesting they occur infrequently.

Guardians can become concerned about the hygiene of dogs from breeds with long hair. Longer hair on tails can wind up dragging on the ground or become soiled by the dog’s excrement. Yet these concerns can easily be addressed through regular grooming. Mutilating a dog because of this minor concern is widely considered unacceptable cruelty.

While tail docking has been performed for thousands of years for a variety of reasons, cosmetic docking—done for purely aesthetic purposes—became popular more recently. In the 1950s dog shows in the United States formalized cosmetic docking, compelling many breeders and guardians to dock dogs so as to comply with breed standards. Because cosmetic docking generally has absolutely nothing to do with the dog’s well-being it tends to be highly controversial, with the AVMA decrying the practice, as discussed below.

Why Is Tail Docking a Problem?

It doesn’t take a great stretch of the imagination to see why severing portions of a dog’s body might be problematic. All animals—human and otherwise—go to great lengths to ensure their bodies are kept intact throughout their lives. But when puppies are only a few days old, which is when most docking procedures take place, they are unable to defend themselves, and are entirely in the hands of the people who perform this surgery, often merely to suit their own preferences.

Tail docking involves the amputation of a portion of a dog’s tail, which requires severing the tendons, muscles, ligaments, and nerves between the vertebrae of the tail. This is, understandably, an excruciatingly painful experience. When done incorrectly, docking can involve crushing or tearing the tissues of the tail as well as bones. Even when done properly, docking can result in amputation neuromas, a condition in which bundles of nerve fibers grow together in tangled masses, sometimes leading to chronic pain.

Tail docking procedures are normally performed without any painkillers, often in the first few weeks of life. It has been proposed that puppies are less susceptible to pain. However, recent studies suggest that newborn puppies, along with other very young animals, may actually be more susceptible, because they have not developed the inhibitory pathways in the nervous system that would lessen the experience of pain.

Tail Docking Can Cause Behavioral Issues

Some speculate that dogs who experience chronic pain or discomfort due to a tail amputation will go out of their way to avoid contact with the area—something that can turn into aggression over time. It’s only natural that dogs would respond this way should they be in chronic pain; anyone with a nagging long-term injury will protect that area of the body to prevent further injury. Dogs may become aggressive to protect themselves—and unfortunately this self-defense may be misunderstood by their human guardians, who can’t see the root cause.

Tails Are Used for Communication Purposes

It’s common knowledge that body language, otherwise known as nonverbal communication, is a critical component of human interaction. It’s no different with dogs. The tail plays a crucial role in a dog’s body language. A wagging tail may seem cute and indicate happiness to humans, but to dogs it is an even more important indicator of mood and disposition. One study showed that dogs were more eager to approach dogs whose tails were wagging. A stiff tail indicates emotions such as aggression, serving as a signal to keep other dogs away. But dogs whose tails were cut off were approached much more warily, similarly to dogs who exhibited stiff tails.

While some studies have found that docked tails don’t seriously hamper dog communication, it could also be that cutting off a dog’s tail is akin to removing our ability to give a friendly wave to a stranger, shake someone’s hand, or give a high-five. And a world without high-fives would be a sadder world to live in.

Many countries around the world have entirely banned the tail docking of dogs because of the cruel and unnecessary nature of these procedures. Austria, Belgium, Chile, Colombia, Croatia, Cyprus, Hungary, Mauritius and Slovenia are among the countries to enact complete bans. Other countries including Brazil, Northern Ireland, Israel, Germany and Denmark have banned some forms of tail docking, for example only cosmetic docking. The United States, Malaysia, Sri Lanka and Taiwan are among the countries that have no restrictions on docking for any reason.

Consent is one of the major sticking points regarding any procedure performed by humans on animals, since animals can never verbally provide their consent (and in many cases, will actively struggle to escape). Medically unnecessary procedures, which provide zero benefits to the dogs themselves, are unethical. It is wrong to put a dog through the acute and potentially chronic pain caused by cosmetic tail docking just to satisfy the guardian’s aesthetic preferences.

The American Kennel Club supports tail docking to preserve “breed standards.” Essentially this means that because people decided that certain breeds look better with shorter tails, then all members of this breed should have their tails docked—especially if their guardians wish to enter them into dog shows such as Westminster.

What Can You Do About It?

If you’ve decided to get a new canine companion, an important avenue to consider is adoption from a shelter. Dogs and puppies at shelters have been abandoned by previous guardians, or rescued from a rough life in the streets where they have to fend for themselves. Puppy’s tails are not docked at shelters unless there is a serious injury that would make the procedure a medical necessity. Adopting from shelters is the most ethical way to acquire a pet.

Dog breeders will frequently dock tails before selling puppies to customers. If you do decide to opt for the breeder route, which can be problematic for numerous reasons, requesting that the breeder does not dock the puppy’s tail could help save the dog from a lifelong painful injury.

Dogs are born with tails for a reason. Like any appendage, tails serve critical roles in a dog’s life. While countries like the United States lag behind others that have enacted strong legislation to protect dogs from these mutilations, hopefully awareness will continue to spread, making these surgeries less common still.