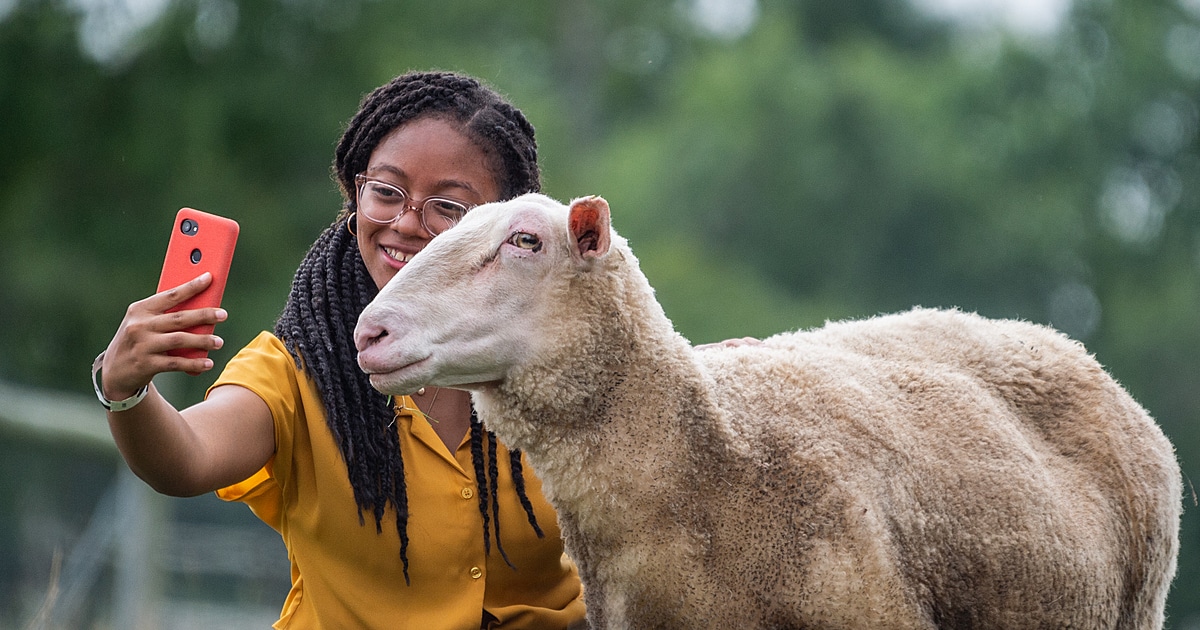 A group of watchdog organizations from around the world recently released findings on “rampant” animal cruelty videos being shared on social media platforms.

In the new report, which warns “animals have become voiceless victims of the scramble for clicks and advertising dollars,” the Social Media Animal Cruelty Coalition (SMACC) details findings from 13 months of research into animal abuse posted to YouTube, Facebook, and TikTok. The disturbing posts found show animals beaten, buried alive, set aflame, and subjected to other forms of cruelty.

Many believe that social media giants are not doing enough to remove posts promoting animal abuse or other harmful content, such as misinformation spread in the wake of the 2020 presidential election. Data scientist and former Facebook employee, Frances Haugen recently came forward as a whistleblower, saying that “Facebook, over and over again, has shown it chooses profit over safety.” The allegations include that Facebook’s algorithms may even have favored content that should have been removed but was not, in order to keep users engaged.

While Facebook, YouTube, and others hold the power to crack down on animal cruelty on their platforms, they are also important hubs for online advocacy. Social media sites empower their users in a way that more traditional forms of grassroots organizing cannot, allowing them to instantly connect with their following and grow their audience from the palm of their hand. So, does the good outweigh the bad? We spoke to a few social-media-savvy advocates to get their take.

Of the three massive social media platforms studied, by far the most content depicting animal cruelty—89.2 percent of the videos included in the report’s figures—were found on YouTube. The SMACC notes that while this doesn’t necessarily mean YouTube has more animal abuse content, it does mean this type of video was easier for the Coalition to find there.

In an interview with the Guardian, the video-sharing behemoth recently stated, “We routinely remove videos and comments flagged by our community that violate those policies, and in many cases we terminate the accounts of users who violate our guidelines.”

If YouTube is removing videos of animal cruelty, it is certainly a step. After all, users have made an estimated $15 million from the sharing of these videos—and YouTube itself, $12 million—according to animal charity Lady Freethinker. But the staggering number of videos that remain online, despite administators’ best effort, show that social media sites may not be going far enough to scrub animal cruelty from their platforms.

The SMACC notes that even when content is taken down from one platform, it often remains or is newly posted on others. Content depicting animal abuse posted online can be difficult to investigate, and as Washington Post reports, results of the investigations vary. Different states have very different legislation when it comes to what does and does not constitute animal cruelty in those states.

Offering ways that social media sites can better combat the presence of animal cruelty, the SMACC encourages the companies to establish standardized definitions of “animal cruelty” that make it easier to identify and remove it. They also encourage platforms to improve the ways in which users can report this content.

Animal advocate and influencer John Oberg agrees that social media companies are not doing enough to combat cruelty and could be doing more to “create a world with less suffering.” Oberg suggests that the sites improve efforts to remove content promoting animal cruelty, but perhaps most importantly, also stop censoring content from advocates who are not celebrating cruelty but working to stop it by raising awareness.

Yet Oberg says his advocacy posts have been viewed over one billion times and not only believes strongly in the power of social media to create compassionate change but that it’s a resource any activist can use to bring about this change. It was this belief that led him to leave his work with the organization The Humane League to independently launch John Oberg Social, where he can teach others to utilize social media in this way. He has called the program, which launched with Mastering Twitter to Change the World and will soon feature Facebook and Instagram courses, the “best thing I’ve done in my 12 years as a vegan activist” and what he feels can “help the most animals.”

The Positive Power of Social Media

Videos of animal cruelty alarm viewers, and rightfully so. Most of us care about the welfare of animals and seeing them harmed can cause us emotional pain as well. These shocking stories tend to be the focus of headlines and sharing. But on the flip side, social media offers the power to do great good, and many activists are using that power to save animals in need and promote compassionate choices.

On TikTok, Eubanks shares resources to aid the transition to veganism, and his photography of rescued animals at sanctuaries has graced many an Instagram feed.

“I think this platform, these mediums are the reason we’re seeing so much change in our society. The reason that we’re seeing so many discussions that we haven’t seen before,” Eubanks told Sentient Media. “This generation is growing up with terminology that I didn’t have as a child, they’re growing up with information that I didn’t have in a lot of that is social media because these conversations are happening in real-time.”

Exposing the Hidden Lives of Animals

Although animal cruelty has a widespread presence on social media, the truth is that acts of animal abuse are still most often hidden from the public. This is perhaps especially true of farmed animal cruelty, rampant and even a matter of standard practice inside factory farms and slaughterhouses. On social media, it can be brought to light.

We Animals Media (WAM) utilizes photo and video journalism to reveal the lives of farmed animals and other animals often hidden in society, achieving a wide reach on social media despite the fact that its subject matter is often difficult to look at. “Don’t turn away,” urges the nonprofit that multiplies its reach by offering an archive of royalty-free images to those using their content to tell the stories of animals.

WAM often obtains its images and video by arriving at factory farms unannounced, capturing cruelty that otherwise goes unseen, and combating industry efforts to keep it that way.

“When, as a journalist, you’re invited, you’re likely to see one barn, or even just one part of a barn, one that’s been cleaned up, dead and dying bodies removed, fresh bedding added,” Jo-Anne McArthur, WAM’s founder, told Sentient Media. “When you show up unannounced, which for me is often during an overnight investigation when no one is there, you see things as they are, not a sanitized or presentable version.”

In the nearly 20 years since McAruthur started sharing her work from inside farms, WAM has garnered a following of nearly 200,000 on social.

A visit to a farmed animal sanctuary can be a transformative experience for people from all walks of life since most of us do not often get to spend time with and get to know farmed animals. Social platforms offer the next best thing.

Farm Sanctuary, which states that it reaches over a million people each week through social media, writes, “By sharing our residents’ tales of survival and sentience, we’re able to tell the hard stories of our broken food system and shine a light on the inherent cruelties of animal agriculture and its collateral damage to the environment, workers, and communities.”

A 2018 survey by ASPCA detailed the importance of social media to the work of animal shelters and rescue organizations, finding that it had increased animal adoptions by 66 percent and increased the adoption of “harder to place animals, like senior pets and those with medical issues” by 55 percent.

Does the Good Outweigh the Bad?

Advocates use positive examples like these to counter the harm done by social media. Still, alarming trends, such as fake animal rescue videos that actually show animals intentionally put in danger, continue. The bottom line is this: the ability to quickly reach thousands or even millions of people through social media is available to those who save animals and those who harm them.

“I don’t think any form of advocacy is going to solve every issue overnight,” says Oberg, who sees positives and drawbacks in any type of activism—and who began his animal activism by leafleting, giving out over 400,000 leaflets. points out that change for animals can be “slow and piecemeal.” But Oberg feels that while social media advocacy can be “thankless work,” and not always a boost to the ego that you may get from other more direct-action type activism, it is making a difference in the lives of animals and is “outrageously underappreciated by the animal advocacy community.”

Oberg points to the “power of the retweet button” to quickly and easily multiply the reach of your message—and to the results he has seen in his own online advocacy, in the hundreds of thousands of shares and views his posts garner, and in hearing from social media users daily that his work inspired them to go vegan or take other actions for animals. Of the thousands of vegans he has met, he says many decided to change because of something they saw, and social media makes it possible for more people to see your message.

Is Speciesism a Social Justice Issue?

The Positive Side of Social Media: Empowering Future Generations