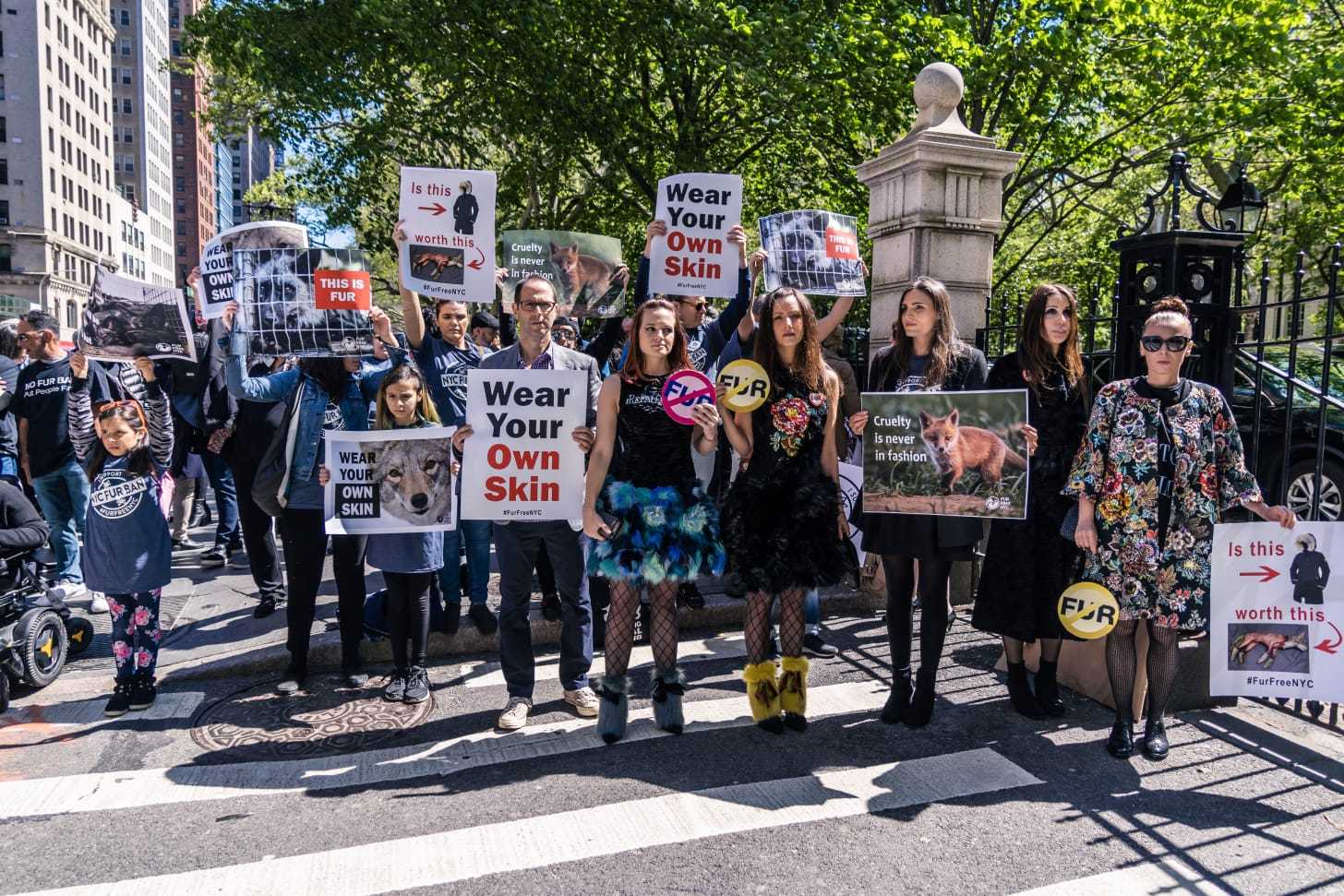 Be Warned, McDonald’s Investors: The Fast Food Giant Is Slow to Adapt

On Wednesday May 15th, Speaker Corey Johnson of District 3 held the first public hearing focused on Intro 1476a, his bill proposing a ban on the sale of fur in New York City. In his opening speech, he highlighted the horrendous cruelty animals endure to become lifeless “products” sold by fur and retail corporations.

Anti-fur activists have been fighting to end the trade for decades. A ban in New York City, the fashion capital of the world, will send a powerful and global message that fur is an inhumane vestige of the past, incompatible with modern standards of decency. Los Angeles and San Francisco have already banned fur, and fashion labels such as Chanel, Phillip Lim, Jean Paul Gaultier, Coach, Burberry, Gucci, and Michael Kors have joined thousands of designers in retiring fur use. The clock is ticking as more and more people rally behind leaders like Johnson, who push for government action.

At the hearing, the Speaker discussed routine fur industry practices, such as anal and vaginal electrocution, confining, trapping, and skinning of animals such as minks, foxes, rabbits, coyotes, and in some cases even cats and dogs. He also screened a video detailing these cruelties, presented by Voters for Animal Rights and Fur Free NYC, two grassroots animal rights organizations that held a populous rally on the steps of City Hall prior to the hearing. They were joined by Tim Gunn of Project Runway and Dan Mathews of PETA, who gave moving testimonies in support of the ban. Councilmembers Helen Rosenthal and Fernando Cabrera also attended the rally to voice support for the ban.

Furriers were also present, including one from Staten Island arguing that the city council needs to “put humans first.” Other opponents of the ban congregated, chanting “Freedom of Choice!” before entering the meeting at City Hall. Furriers were met with compassion and hope for a better world, and their energy grew depleted throughout the public hearing. Undeniable realities about the fur industry’s cruelty to animals and the environment demoralized the fur ban opponents, as fashion industry representatives, veterinarians, lawyers, teachers, mothers, and activists left public comments for the council.

A representative with the International Fur Federation presented a vague “humane” plan called “FUR MARK,” that he later admitted was created two months prior to the hearing. Speaker Corey Johnson asked the representative, “What is a humane way to kill an animal for fur?” The representative then claimed that scientists would determine that answer, only to face a rebuttal by Councilmember Fernando Cabrera who said “It is not a scientist’s job to determine morality.” Animal rights activists waved their hands silently in applause while waiting their turn to testify.

A mink farmer was also questioned by the council. When asked how big the cages his farm uses are, he struggled to say “2 ft by 3 ft.” He then awkwardly paused when asked how big an adult mink is before eventually responding “maybe 24 inches.” Council member Helen Rosenthal appeared shocked during his testimony, responding with a sense of awe.
Innovative vegan designers such as Joshua Katcher, creator of Brave Gentlemen, and Anna Tagliabue, creator of Pelush, also testified at the New York City hearing, representing the cruelty-free fashion industry. In his testimony, Joshua Katcher argued that fur industry skills, such as sewing, patterning, and merchandising, are transferable to other careers in fashion. His testimony addressed one of the main arguments from the furriers, a concern that displaced workers will struggle to find other jobs. Animal rights advocates also responded to this argument, claiming that the fur industry is inherently violent, and that job creation is hardly an excuse for perpetuating unnecessary violence in a civilized society.

Fur industry representatives also weaponized concerns by some African American Christians and Orthodox Jewish constituents. These arguments were misguided because, first, as it is written, the ban has an exemption for religious uses of fur. Second, the individuals claiming this bill will impede their religious practice made hyperbolic statements, while ignoring that the bill allows the resale of existing fur products. One reverend even claimed that “his people” need fur to fit in with society, even though a recent Mason-Dixon poll concluded that 75 percent of New Yorkers support the ban. One can only hope the city council sees through these veiled attempts to excuse horrid, unnecessary cruelty.

Speaker Corey Johnson and New York animal rights advocates will work tirelessly through the next stages of the legislative process to ensure this victory for animals. For animal advocates, this fight will be a crowning achievement for a movement that has protested fur sales for decades. For the industry, this fight could be the beginning of the end of their exploitative business model.