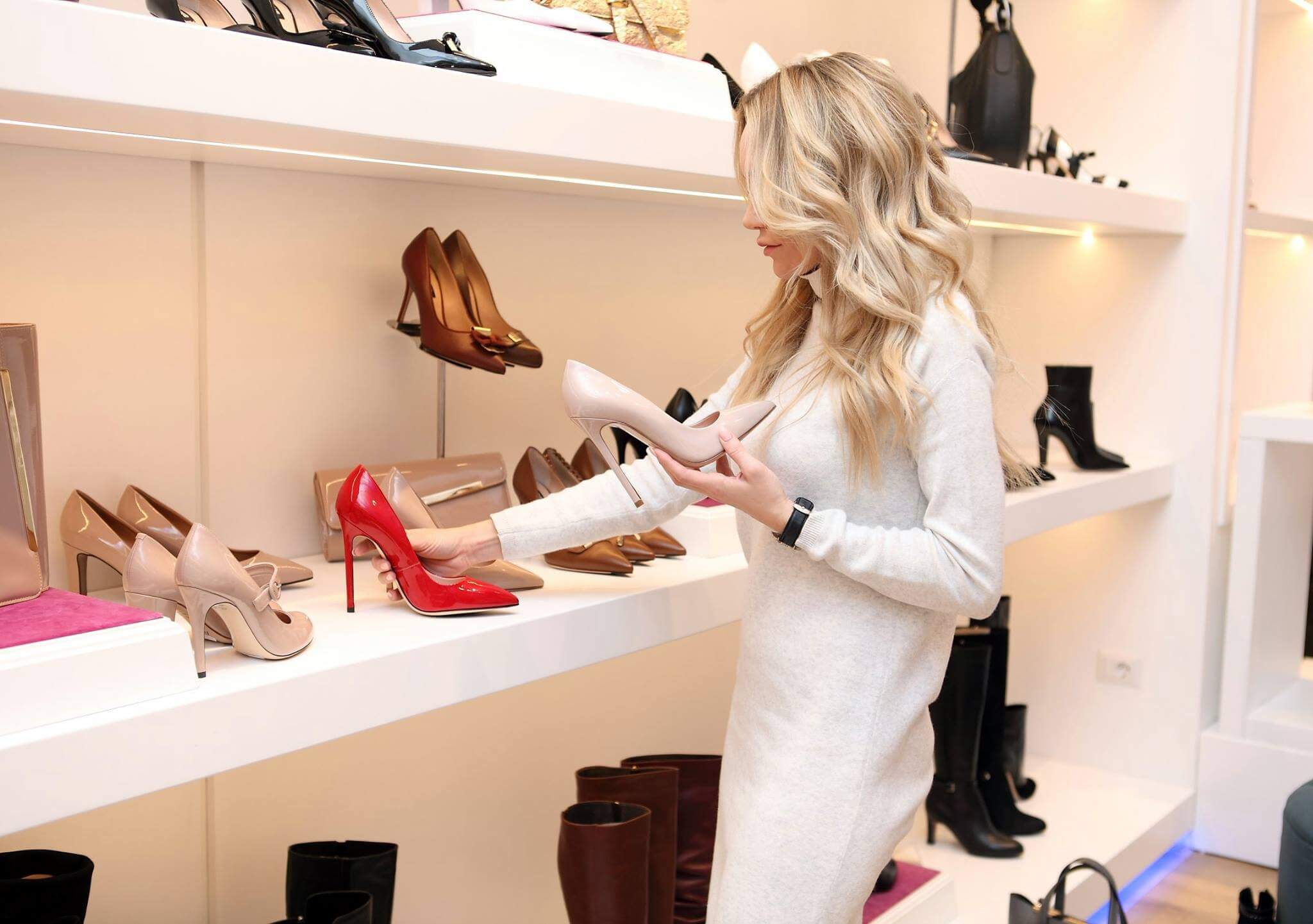 Beauty entrepreneur and vegan tattoo artist Kat Von D has teamed up with fashion pioneer Rebecca Mink to launch a line of luxe vegan shoes. The new line, Von D Shoes, is designed by Von D from start to finish and is handcrafted in Florence, Italy.

Kat Von D is a known animal rights activists, vegan, mother, and cruelty-free tattoo artist. She launched Kat Von D Beauty in 2008, selling a wide variety of animal friendly makeup products with the slogan, “Makeup made with love, not animals.”

Von D Shoes launched on World Vegan Day, November 1, making an impressive statement for the future of fashion. The brand is completely vegan and cruelty-free, made from various plant-based components.

“Von D shoes isn’t just about making beautiful shoes to wear — I wanted to make it easy for people to live a compassionate, cruelty-free life, regardless of whether they’re vegan or not.”

Often times in the fashion world, animals are used for their skin or fur to craft shoes, coats, purses, and many other products. The products are purchased, worn, and then eventually tossed aside as new products are created. Not only does this cause immense cruelty to the animals being raised on factory farms for food and fashion, it endangers the environment by means of pollution.

This is the vicious cycle known as fast fashion.

Von D Shoes strives to break the trend of fast fashion and the notion that shoes and clothing are disposable. Instead, the company is creating shoes it said will last a lifetime. Von D Shoes is starting with shoes and will eventually be working toward launching other fashion accessories, such as belts and handbags.

Von D Shoes is currently selling 17 different styles, including women’s and unisex sizes that range in price from $90 to $350. The company assures customers that Von D is doing everything possible to ensure fair and sustainable working conditions:

“Kat has personally met every person who has a hand in making your shoes. To her, these people are not workers — they are a family of artisans who share the same passions. It was always Kat’s dream to create a brand that not only makes beautiful vegan shoes, but promotes a different approach to how people purchase things — especially in a time where [especially here in the US] we are being influenced to buy, buy, buy.”

In keeping with the brand’s animal-friendly product line, the company uses vegan leather that is made of compressed apples, a highly durable material that will age well over time and is also biodegradable. Additionally, because Von D is heavily involved with each step of the production process, she is able to ensure sustainable and animal free products are being used.

Most mass produced shoes contain animal products such as leather, suede, animal-derived glue, wool, or fur. Animals suffer greatly during their lives living on factory farms before they are ultimately slaughtered for both food and fashion.

The belief that leather is merely a by-product of factory farming is simply not true. Farmers and large corporations are not selling the skin off the backs of animals to prevent waste from entering landfills.They are doing it to maximize profits.

And despite fur bans being passed in California and numerous European countries in recognition of the fur industry’s cruel treatment of animals, leather and other animal-based materials are still being used in fashion.

According to the 2018 Quantis report on the environmental impact of fashion, apparel and footwear make up 8 percent of global carbon emissions. In wake of the ongoing climate crisis, fashion brands around the world are taking the necessary steps to become more sustainable. Von D Shoes has committed to sustainability from the beginning by keeping all animal products out of its shoes.

Von D Shoes even partners with charities like Best Friends Animal Society to raise funds benefiting both animals and the environment as part of its philanthropic efforts.

As the company’s first month of business comes to a close, it is sold out of several styles, a good indicator that people are ready to support more sustainable and animal-friendly fashion.

Compassionate choices can be made for everything from food to clothes, and this is only the beginning.

The future is plant-based – are you ready?