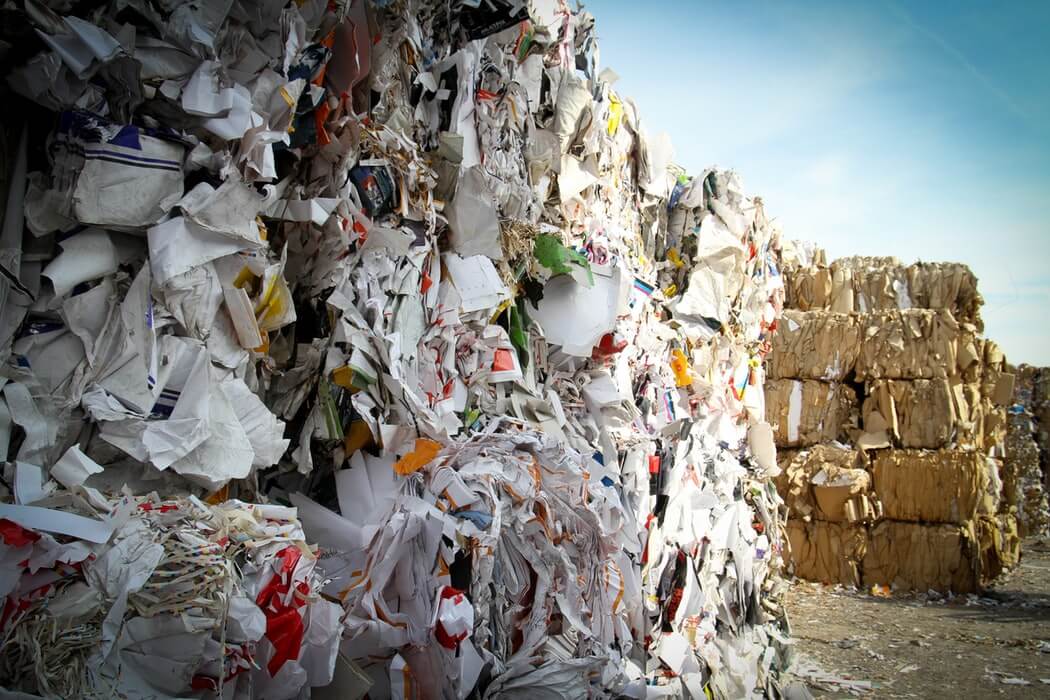 From Human Rights to Sentient Rights: The Next Generation of Rights Thinking

A sigh of relief is let out by consumers around the world upon checking the bottom of the container they just emptied – it is recyclable. Citizens feel good about being able to put their containers into curbside or local recycling bins, believing that they have avoided adding more trash to the world.

Once plastic is created, it never goes away. Plastic that is not properly recycled, ends up where it does not belong. As plastic makes its way into landfills and oceans it only becomes more evident how it is harming more than it is helping. Marine animals that were once surrounded by thriving ecosystems are now surrounded with floating debris, dying reefs, and distressed animals affected by plastic consumption or being entangled in it.

Unfortunately, to recycle the plastics sitting in bins around the world, good intentions do not provide the time, energy, labor, and resources needed to do so. The major factor in determining whether or not recyclable items are actually recycled is dependent on the market for said items. In other words, it is dependent on what’s profitable.

Countries around the world have been exporting trash, and the problems associated with it, for decades. China has been the major buyer of this exported waste, using recycled goods to create a booming business for repurposed plastic. Since 1992, China has received and processed  45 percent of the world’s plastic waste imports, comprising nearly seven million tons per year.

Western countries such as the U.S. have heavily relied on selling their trash to make tons of it virtually disappear. As these countries sell waste instead of dealing with it themselves, they have leaned on other countries and the waste management systems they have in place, while gaining little knowledge on how to create similar recycling systems for their own use.

Without proper recycling systems in place around the globe, the threat of plastics to animals increases. Plastic is set to outweigh the fish in the oceans by 2050, threatening hundreds of other species of marine life. Microplastics are in not only the oceans, but soils and foods, too. In addition, the massive amounts of plastics in landfills are releasing greenhouse gases. As the plastics degrade over long periods of time, they contribute to the climate crisis. 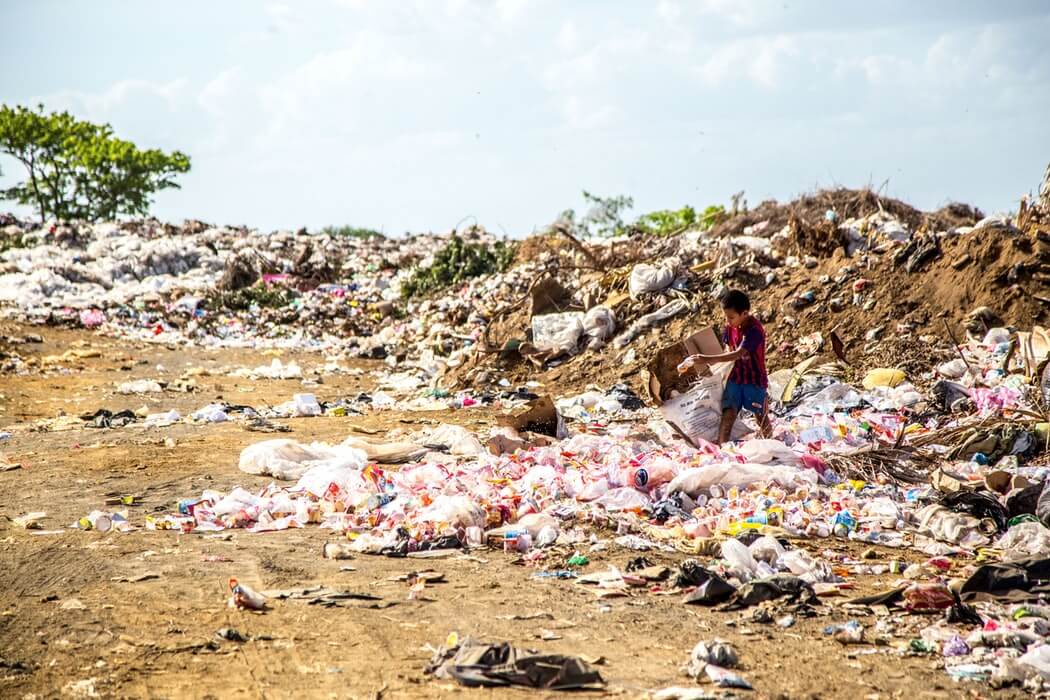 China’s new policy, known as the “National Sword,” was announced on the last day of 2017 and ended the importation of all but the cleanest materials. The country began enforcing a 99.5 percent purity standard for all materials to be recycled. Environmental officials cited growing social, economic, and environmental concerns as driving components for the extreme restrictions. Among these concerns was the imported waste being highly contaminated, which lead workers to expend too much time to sort and clean the trash before recycling could occur.

Most exporting municipalities abroad have found the National Sword policy to be nearly impossible to meet. China’s imports of recyclable materials plummeted by 99 percent during the first year of the nation’s newly implemented restrictions. Conversely, countries in Southeast Asia began importing  more post-consumer materials than in previous years, as they try to pick up the 111 million metric tons of waste to be displaced by 2030 due to the new Chinese policies.

Globally, before China began enforcing new restrictions, only nine percent of plastics were being recycled while 12 percent were burned. In America specifically, the recycling system was pulled to mimic the existing waste management system, leading to inevitable issues. According to the National Waste & Recycling Association, approximately 25 percent of waste deposited in recycling bins is contaminated. Previously, Americans passed this issue to China where underpaid workers sorted, cleaned, and recycled the waste. Now, trash is being stockpiled and Americans aren’t sure how to handle it in an efficient, business-friendly manner.

Without China purchasing post-consumer materials, economic upsides to recycling dwindle around the world. It becomes cheaper to create virgin plastics than it is to recycle used ones. After all, recycling is not free and municipalities cannot afford to recycle when there isn’t a market for it. If the cost to incinerate or send the waste to landfills is cheaper than the cost to ship recyclable materials abroad, then local governments that cannot afford to do anything else must make the decision that is the most profitable. 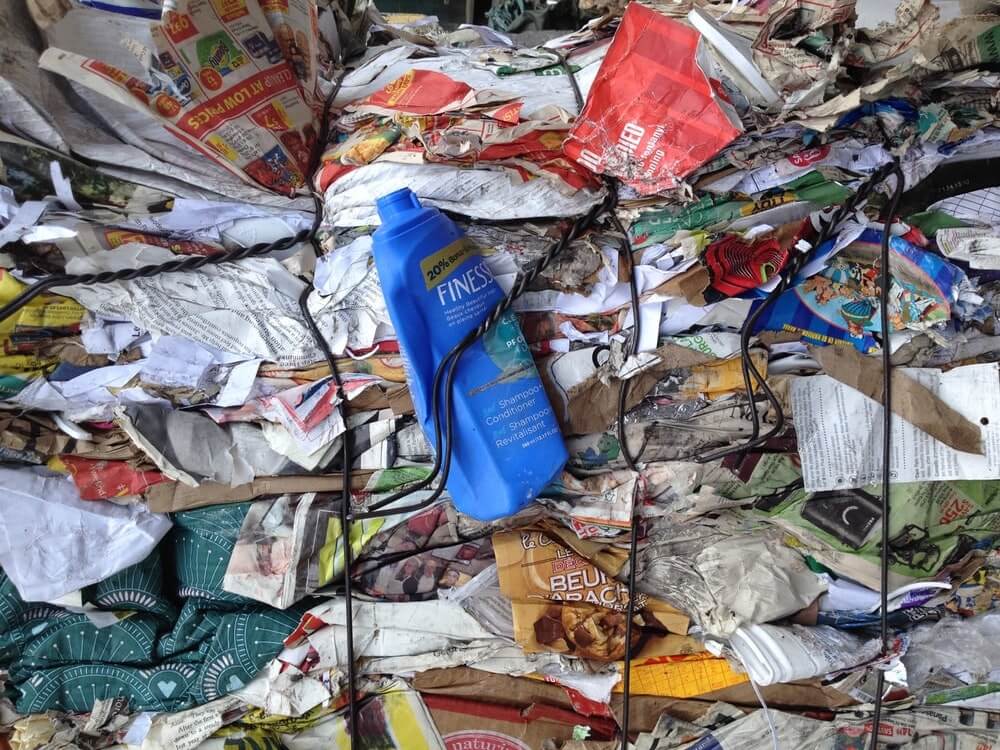 While some communities impose taxes on residents to fund recycling costs, others have chosen to bypass this extra expense by sending post-consumer materials to landfills, which is more affordable. In low-income communities, affordability is crucial in all local government decisions.

The decision to keep taxes low for citizens comes at the expense of sending plastics to landfills, where the degradation process releases methane into the atmosphere and plastics have a higher chance of entering into oceans.

Another solution some areas are turning to is incinerating excess plastic pollution. Though this process creates energy, it also produces carbon emissions. Waste-to-energy plants, where trash is burned to source alternative energy, appear ingenious at first glance; however, there are a lot of unknown factors to account for, such as the amount of toxins released during the burning process.

Citizens are largely unaware about the current state of the recycling industry, due in part to the lack of coverage surrounding this topic in mainstream media sources. Recycling is viewed as a bothersome chore for most, and leaders in the recycling industry fear that with the entire system on the brink of collapsing, people will not see the point in continuing to try. If people stop recycling, a new challenge will be to get them started again.

Keefe Harrison, Director of Recycling Partnership, tells NPR that the confusion behind the recycling system is discouraging to consumers. “It’s very hard to turn recycling on and off,” she says. “You can’t tell your citizens ‘Today we’re not recycling any more, but next week we’ll start again.’ ”

Eight billion tons of plastic have been created over the past six decades, and as the culture we live in becomes increasingly accustomed to single-use plastic convenience, our environment is in grave danger. In a time of chaos for the global recycling industry, experts are hopeful that this bleak situation will create opportunity for wealthy nations to create lasting solutions to solve this recycling issue. Countries such as Germany and Switzerland that have perfected recycling and made it a way of life can serve as examples during this transition time of forming a new system.

“Reduce, Reuse, and Recycle,” – the campaign children grow up learning in school – must shift toward a four “R” approach instead: “Refuse, Reduce, Reuse, and Recycle,” and the message should be shared with children and adults alike. Human and non-human animals need plastic pollution to dwindle for their existence to continue into the future. A sustainable recycling system will not solve the problem in its entirety, but it is a start.