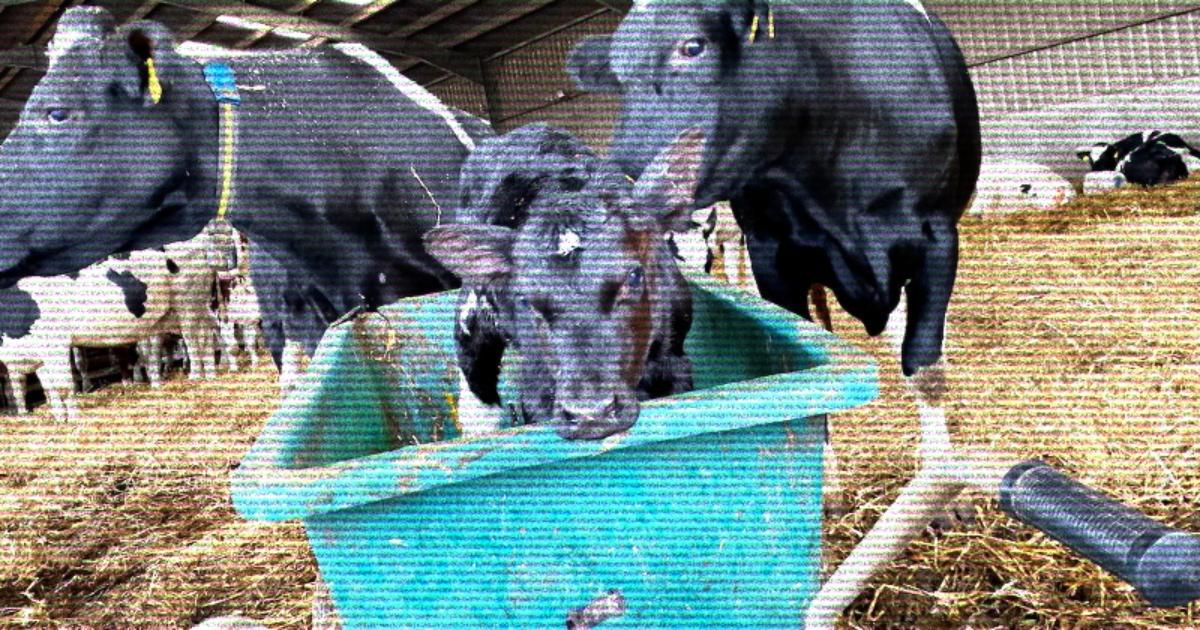 In Korea, Support for a Ban on Eating Dog Meat Is Growing

A new BBC Panorama documentary has viewers taking to social media to decry the “shocking” and “inhumane” treatment of cows in the dairy industry. Featuring undercover footage filmed by an Animal Equality UK investigator, the film titled “A Cow’s Life: The True Cost of Milk” reveals animals hit or left to languish without veterinary care. One cow is also shown unable to stand as she is repeatedly kicked and hit with a shovel.

According to Animal Equality, the investigation that took place in late 2021 reveals “deliberate violence and neglect” filmed on Madox Farm, a large-scale dairy farm that supplies the major UK grocer Freshways.

“This is some of the most alarming animal abuse and neglect that I have encountered during my time as a veterinary surgeon,” states Marc Abraham Obe in response to the footage. “There is no doubt in my mind that these cows would have suffered significantly and that their prolonged pain was entirely avoidable.”

While disturbing violence was documented in the investigative footage, Animal Equality also states that the video reflects “the true cost of milk,” showing many standard practices–such as the separation of mother cows and their calves–routine on dairy farms throughout the industry and documented time and again by investigators.

The nonprofit reports that it is working with a legal firm in an attempt to have charges brought against the farm, but there have been more immediate results. According to Animal Equality, Freshways has confirmed that “the farmer involved has been suspended for all collections until such time as a reaudit and full investigation has been carried out.” More than 12,000 people have also signed a petition launched by the nonprofit, seeking more frequent farm inspections as well as prosecution for violations.

And the public’s response to the footage has been swift, coming in a spree of viral hashtags and thousands of tweets telling people to “Ditch dairy.” More fallout from the investigation can be seen in social media posts gathered by the Grocery Gazette. Peter Egan, one of the co-stars of Downton Abbey, was among those responding with #ACowsLife, tweeting that “anyone who wants to understand why the dairy industry is disgusting, inhumane & careless should watch it.”

The Gazette notes that on average, a dairy cow’s daily yield of milk is 40 percent higher than around 30 years ago. On intensive dairy farms in the U.S. and around the world, cows are bred to produce as much milk as possible and regularly impregnated so that they can continue lactating. Their calves are taken away so that their milk can be sold for human consumption. The male calves are typically sold for veal or beef production and females raised as dairy cows. This exploitative cycle continues until a dairy cow can no longer produce enough milk, which means most dairy cows are slaughtered before they turn 7 years old.

Most cows are raised indoors in filthy conditions and sleep on concrete flooring, and some are kept tied in stalls for hours on end. The unnatural amount of milk produced can lead to painful mastitis infections, and many undercover investigations like the one released by Animal Equality UK have found that cows and their calves suffer abuse and violence that goes beyond what the industry would call ‘normal.’

“We’re fed a fairy-tale about dairy farming, but the reality is far darker,” says Abigail Penny, Executive Director of Animal Equality UK. “Consumers are being conned.”
But it is largely due to growing public awareness of animal cruelty in the milk industry that shoppers around the globe are shifting towards plant-based milks. A recent study from Formo, Mercy for Animals, and Fordham University, researching consumers in the UK, U.S., Germany, and Singapore, found that consumers want dairy produced without the use of cows because of a concern for animal welfare.

The research concluded that consumers do not see animal-free dairy products as a threat to small-scale dairy farmers. Instead, they said large-scale operations like Madox–which already dominate the industry–are “more of a danger.”